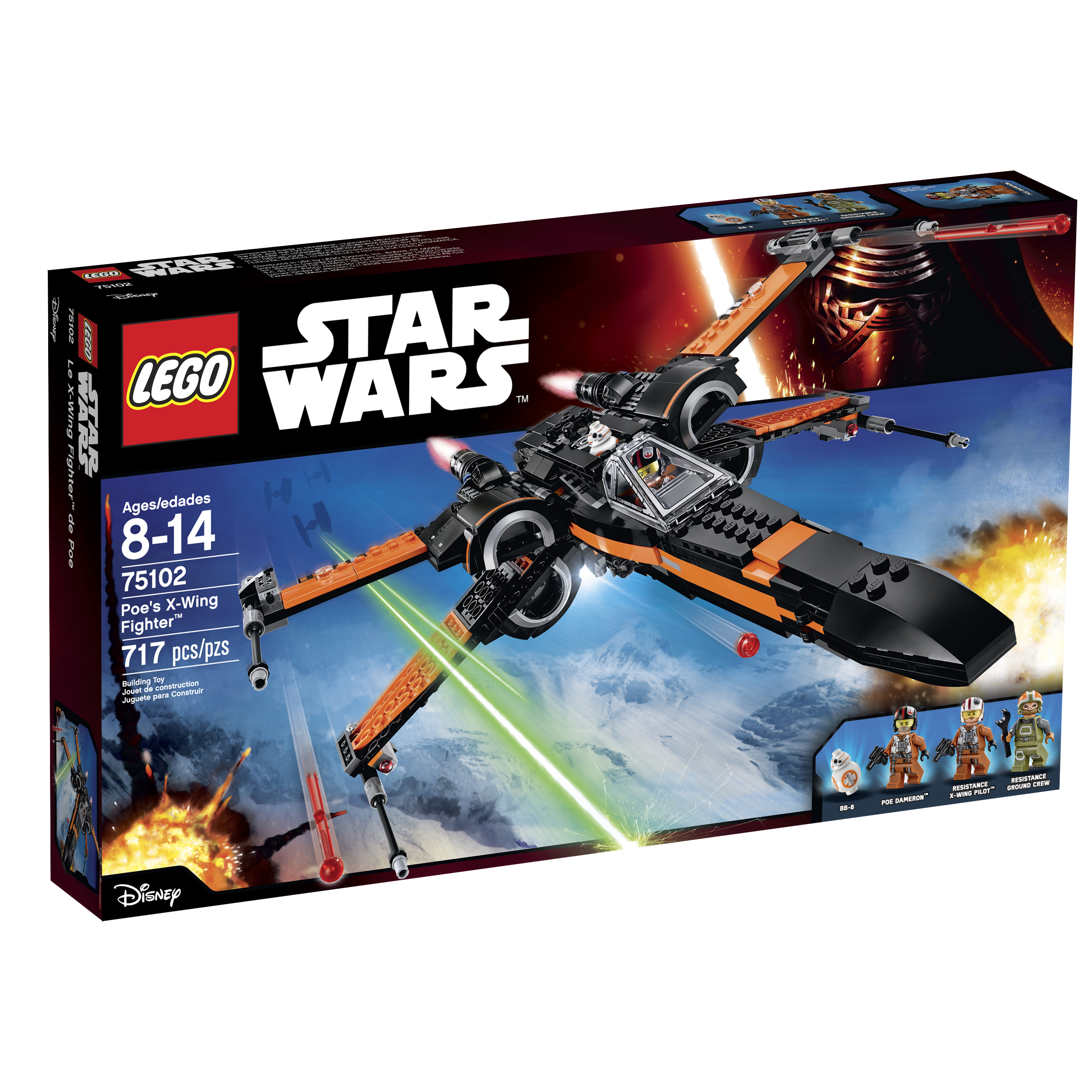 Somewhere, out there, there is a high-traffic news website that has the scoop on 75102 Poe’s X-Wing Starfighter. I myself just got the press release materials just now at 8:30pm oddly enough. Despite the set being leaked weeks earlier, we now have official images of the set, just a scant two images but official nonetheless. Price is $79.99 and you’ll be able to pick this up on Force Friday September 4th. 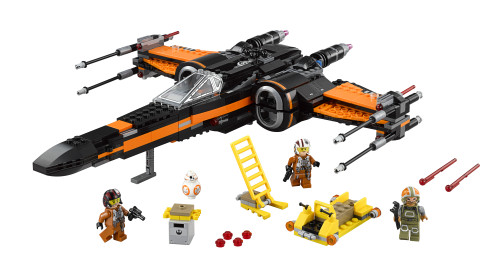 **NEWLY UNVEILED** 75102 – Poe’s X-Wing Fighter™
Battle the forces of the First Order with Poe’s X-Wing Fighter. This customized starfighter is packed with features, like the 4 spring-loaded shooters, 2 stud shooters, retractable landing gear, opening wings, opening cockpit with space for a minifigure and space behind for the BB-8 Astromech Droid. Thereâ€™s even a loader with tool rack, extra ammunition, and a seat for a minifigure. So climb the access ladder, strap in and get ready to recreate your own great scenes from Star Wars: The Force Awakens! Includes 3 minifigures with assorted accessories: Poe Dameron, Resistance ground crew and a Resistance X-Wing Pilot, plus a BB-8 Astromech Droid. $79.99 USD