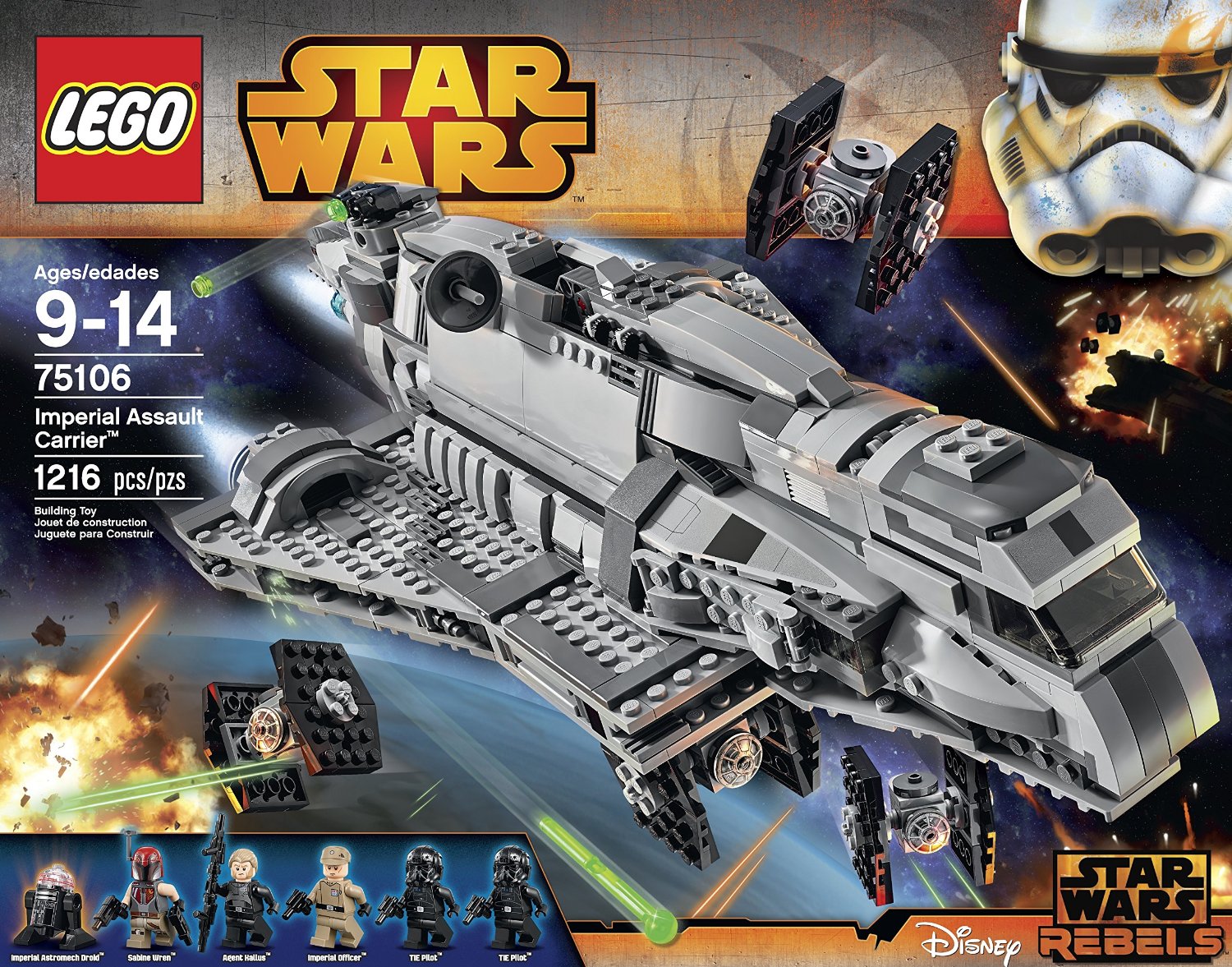 Amazon is discounting the newly-released 75106 Imperial Assault Carrier by 20%. The final asking price is $104.23 down from its MSRP of $129.99. It is the flagship set of the initial Rebels-based wave of sets. Comes with 4 mini TIE fighters that it carries on its belly which can be launched with a push of a plunger. We recorded a short video showing off some of the features of the set back in February.