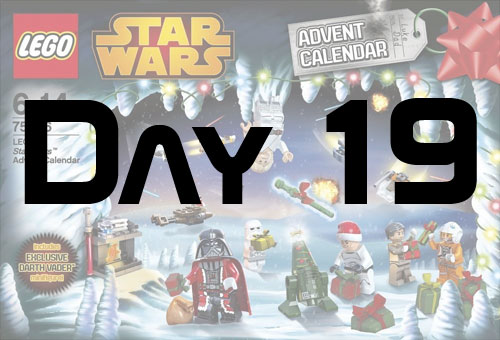 I honestly have no idea what this is. 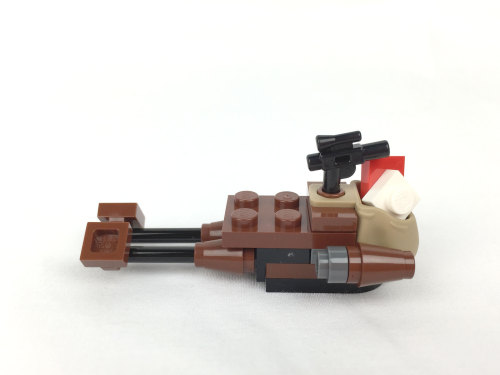 I think it’s some type of speeder. The two prongs in the back make me think it’s related to the ROTJ speederbike. The front half looks all wrong, and I say it’s the front half due to the way the emergency short blaster pistol is oriented. Of course, it could be a rear defense weapon. It’s extra difficult to tell which way it’s supposed to be driven since there aren’t any handlebars. You could say that the engines, if compared to the landspeeder, should always be in the back thus, it resembles the speederbike more and more but then it’s not a speederbike because speederbikes don’t have engines protruding from the sides. So then if it’s some other type of speeder, then what’s with the short blaster pistol? Is it really a rear defense weapon? It’s a bit odd to add that kind of detail when there are no forward-facing weapons. Is this like… an Episode VII speeder that’s evolved from the ROTJ speeder given the events of Endor? I don’t know… I kind of get a strange hybrid Count Dooku Solar Sailor / Mon Calamari Cruiser feel from it for absolutely no reason whatsoever. I don’t know. Your guess is as good as mine I suppose. It’s probably from some Clone Wars episode. Then you got the satchel in the front which is odd place to put your storage, assuming that’s the front and not the back. If it was the back it would totally make sense putting that there. It’s got a gift inside the satchel to give it that holiday feel.

And in case you’re wondering, I did NOT spend a lot of time thinking about this. 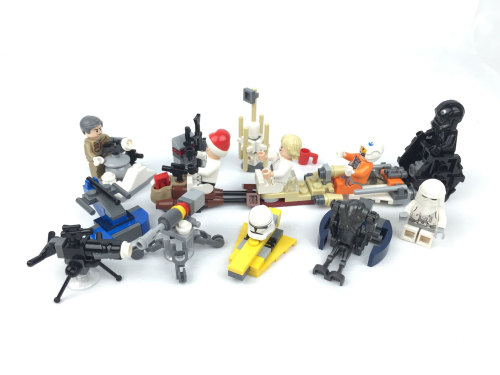