Yesterday was a TIE Fighter even though I thought it was going to be a Clone Wars Anakin Skywalker. Will we be getting a TIE Pilot or some other random build today? 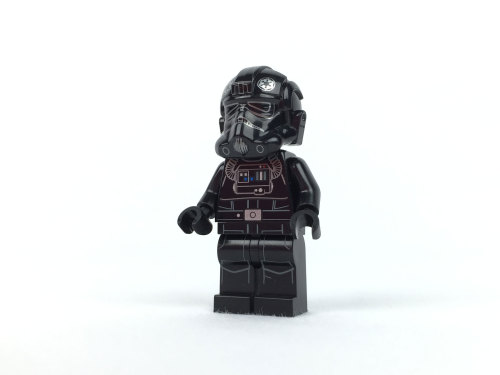 Why hello there, Mr. TIE Pilot.

If you’ve kept up with this blog you should know how I feel about the current direction licensed minifigs are going with the trend of over-detailing. Batman’s torso from the Tumbler set, Han Solo’s face, and Luke’s face are all examples of this. But amongst all the overzealous attacks of the Sharpie upon minifig after minifig, there are a few that slip by inspection and make it out with minimal detailing, comparatively speaking, and the result is a minifig that stirkes the perfect balance of detail while retaining some of the charm that is a LEGO minifig. Today’s TIE Pilot is one such figure.

The only areas that seem too busy are the hoses coming out of the chest plate and perhaps the mouth grille. But the areas surrounding the hose and mouth grille are a little simpler in design making the minifigure overall easy on the eyes to look at.

There is one fatal flaw in the figure however and that they used the wrong head element. What they should have used was either a blank black head or, if they’re really insistent on having a face print, the head element from Day 8’s Snowtrooper since the TIE Pilot is clad in all black and completely covers the pilot underneath including the base of the head and neck, like how it is in the movie:

The way the figure is now, you can see the flesh peeking out from underneath from even just a side view since the back of the helmet is non-existent half way down the head. It’s jarring and completely breaks the monotony of the uniform and had the head been black the helmet wouldn’t look so ridiculous having half of it gone. 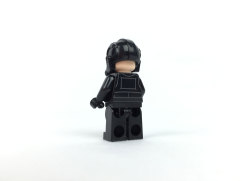 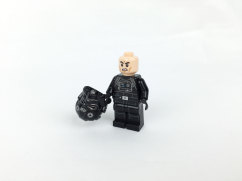 The TIE Pilot looks great overall but man that flesh-colored head bugs me to no end. Viewing the minifigure from the front though, that’s the money shot, that’s the way to go. He gets a thumbs up from for this day. 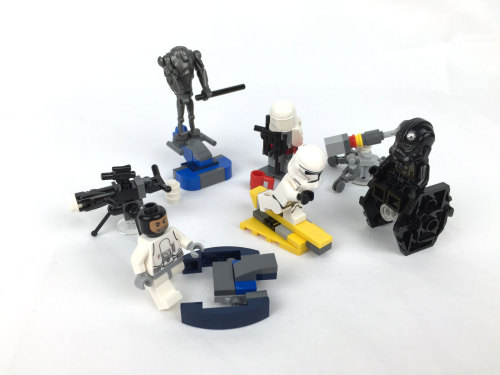