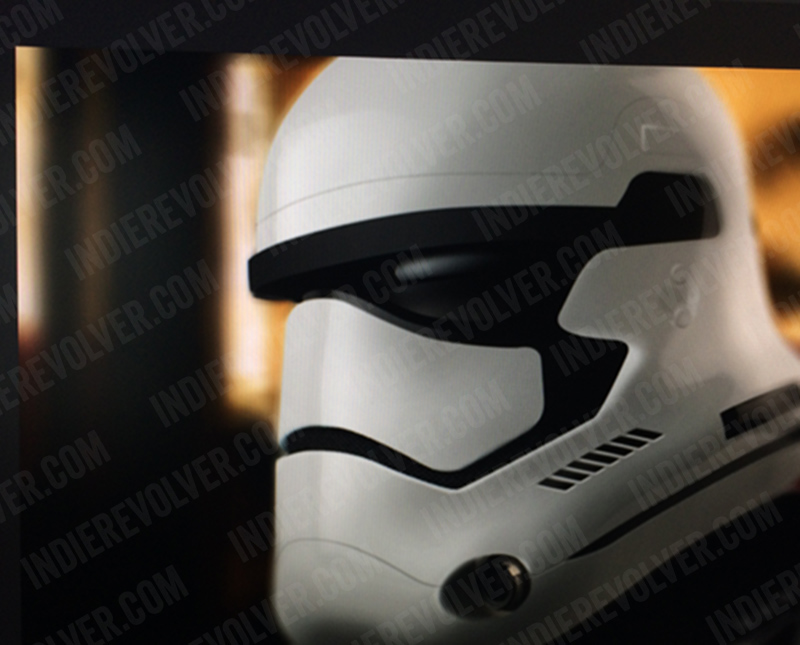 Take this one with a big heaping pile of salt, but Indie Revolver is reporting a first-look at the upcoming Storm Trooper helmets from Episode VII. The biggest reason I say salt is the “reliable sources” quote, which strikes me as a bit too Cardassian way of dodging a question.

A few questions for me on this one. The first is why there are still Storm Troopers and what not thirty years after the Empire was pretty wrecked. I’m hoping that they actually just explain it, and don’t just go all Enterprise on us and say “it’s later, nothing has changed.” The helmet itself is very Storm Trooper, yet seems kind of… odd. I don’t have a good reason for thinking that, it just feels like it’s weird. Maybe it’s the giant nasal strip over the middle, maybe it’s the big ole forehead. 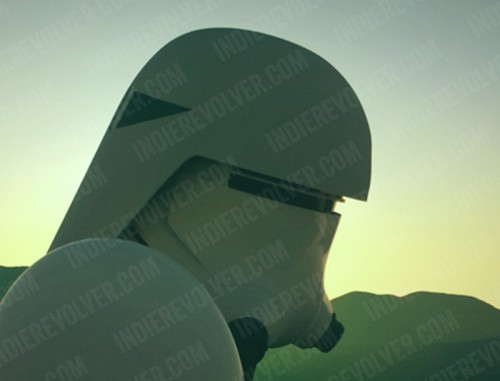 They also provided a different one, that could be desert or snow trooper variations. Almost looks like a snow trooper, but backdrop says sand. Maybe this is the new peacekeeping or Republic variety… who knows. Either way, it’s a safe bet we’ll be getting a lot of new Storm Trooper minifigs next year. It’s LEGO, so expect them in a variety of colors and for the regular guy to only show up in a very expensive set. 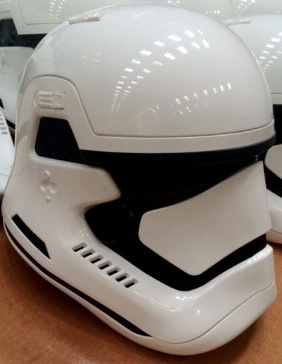 An additional picture also surfaced without the watermark, and has a few additional molding details to the prop replica. Anyone else have thoughts on this thing?