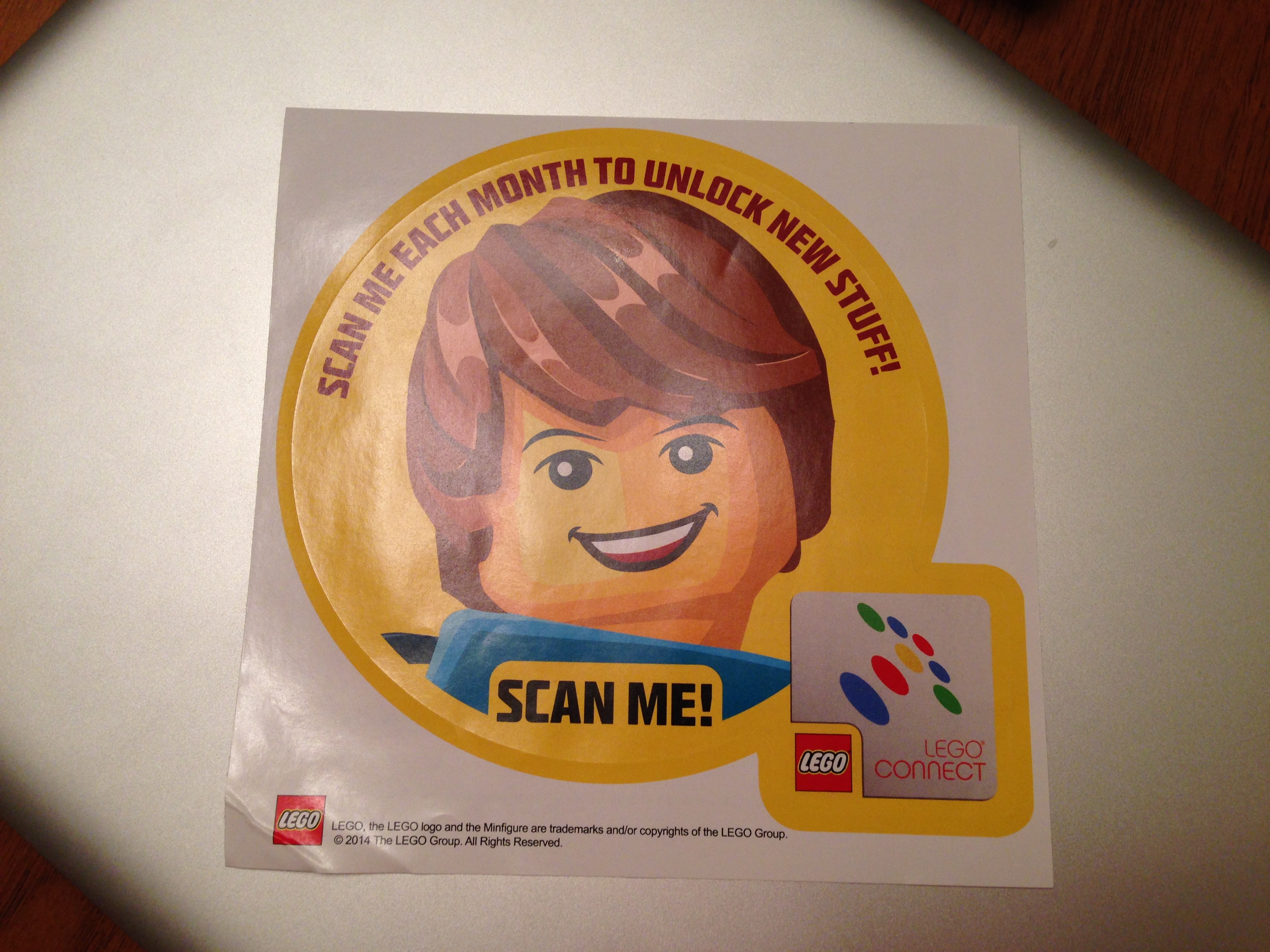 One of the not-very-well-advertised promotions going on at the LEGO booth at last week’s San Diego Comic Con was LEGO Connect. It’s an app you can download for your iOS or Android device and once installed, you can scan, activate, and explore 4D content. Spread out around the booth were icons similar to the one pictured above featuring a different character. Turn on the app and point your phone’s camera at the icon to begin the download. Once scanned, you’re treated to a short video ranging from a trailer for the LEGO Batman 3 video game, a cutscene from The LEGO Movie, or some other video. If you go download the app and scan the image above right off of your computer’s monitor, it gives you a better idea of what it’s about. LEGO Connect content will be available in the Club Magazine offering a new way to provide readers an additional way to enjoy the magazine.

It’s kind of a neat little thing. There were some videos already pre-loaded, mostly 360° views of some of the upcoming sets but the real meat of the app is scanning for new content. The recognition was extremely fast and works best when the icon is against a plain background. I had trouble downloading when two icons were really close to each other and both were visible by the camera or when an icon was against a busy background like a glass window with LEGO models behind it. That being said, I was able to get the app to recognize the Star Wars icon from my laptop’s display of a photo I took of my phone that took a photo of the icon. And if the app can do that, kids should have no problems scanning icons from the LEGO Club Magazine.

My Club Magazine subscription has lapsed but I want to re-subscribe to see what else this app can deliver. The app is free from Apple iTunes or Google Play.