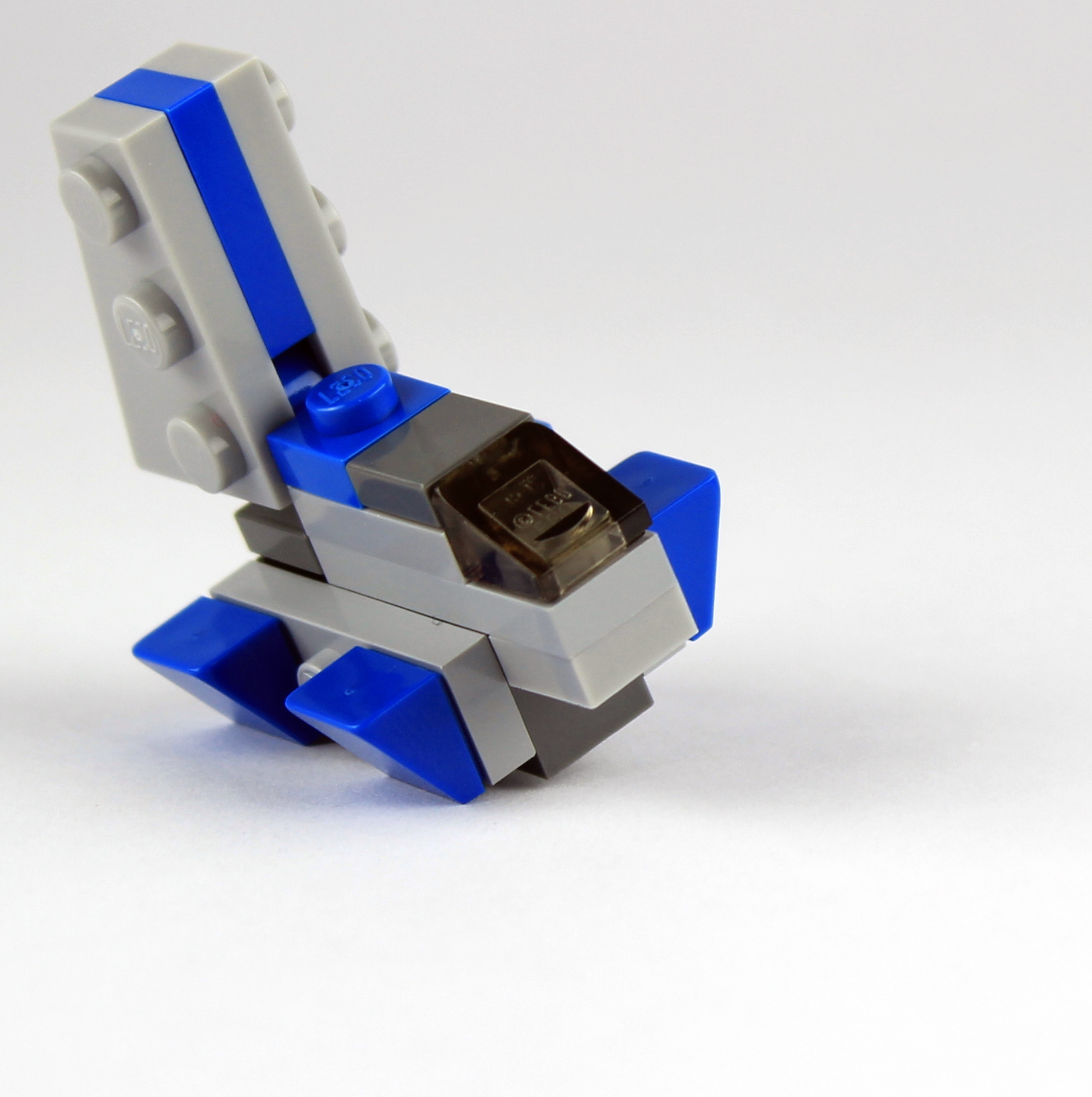 (Singing) On cycle nineteen of Life Day my first mate gave to me, a toothless soldier beetle,
an Ewok chasing trooper,
one shiny explosion,
two racks and counting,
a creepy crawling brawler,
one big brown disappointment,
a disco crazy clanker,
a snazzy little space crane,
a Volkswalker Beetle,
a cranky Xerox copy,
another grey triangle,
a case of DéjÃ  vu,
three teeny blasters,
an angry Steward of Endor,
a pair of ruby slippers,
a bounty hunter’s hot rod,
a break-dancing pilot,
an impractical escape ship
and a dancing droid beneath the Life Tree. (/Singing)

I never did get the Separatist Shuttle set, but the first SW advent had Nute and I’m pretty sure I’ve got all the parts to build the ship, so all I’m really missing figure-wise is Onaconda Farr. I always liked his cousin Jamie better anyway. This is actually a pretty neat little micro, but the shuttle’s simple shape makes that so much easier. The tail fin is probably my favourite part because the designers seem to use less traditional building techniques more often when they’re building at this scale. The micro reverses the undersized landing gear from the actual set with hilariously and adorably oversized nubs. Overall, I’d call this one a win and I can always use more blue cheese. Even though, I really don’t like blue cheese.