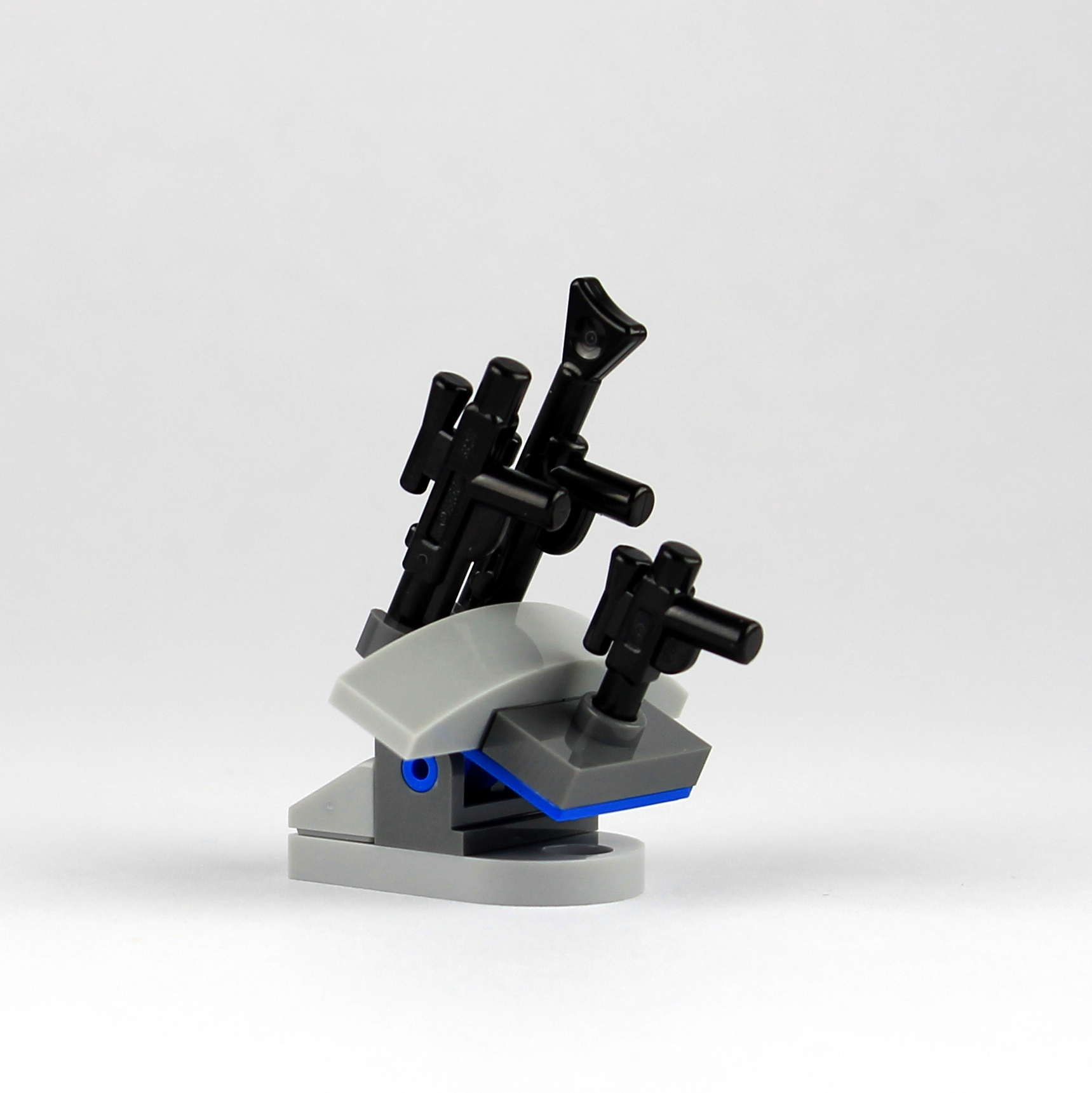 (Singing) On cycle seven of Life Day my first mate gave to me, three teeny blasters
an angry Steward of Endor,
a pair of ruby slippers,
a bounty hunter’s hot rod,
a break-dancing pilot,
an impractical escape ship
and a dancing droid beneath the Life Tree. (/Singing)

And we were doing so well, but it had to happen right? The rack. At least our figs have the weapons that should just have been included with them. Incidentally, this marks the first year that my son has chosen the Star Wars advent calendar over the city one and when I got up this morning, he had no idea what it was supposed to be. I told him, he said “Ahhhhhh” and stuck it back in its window…