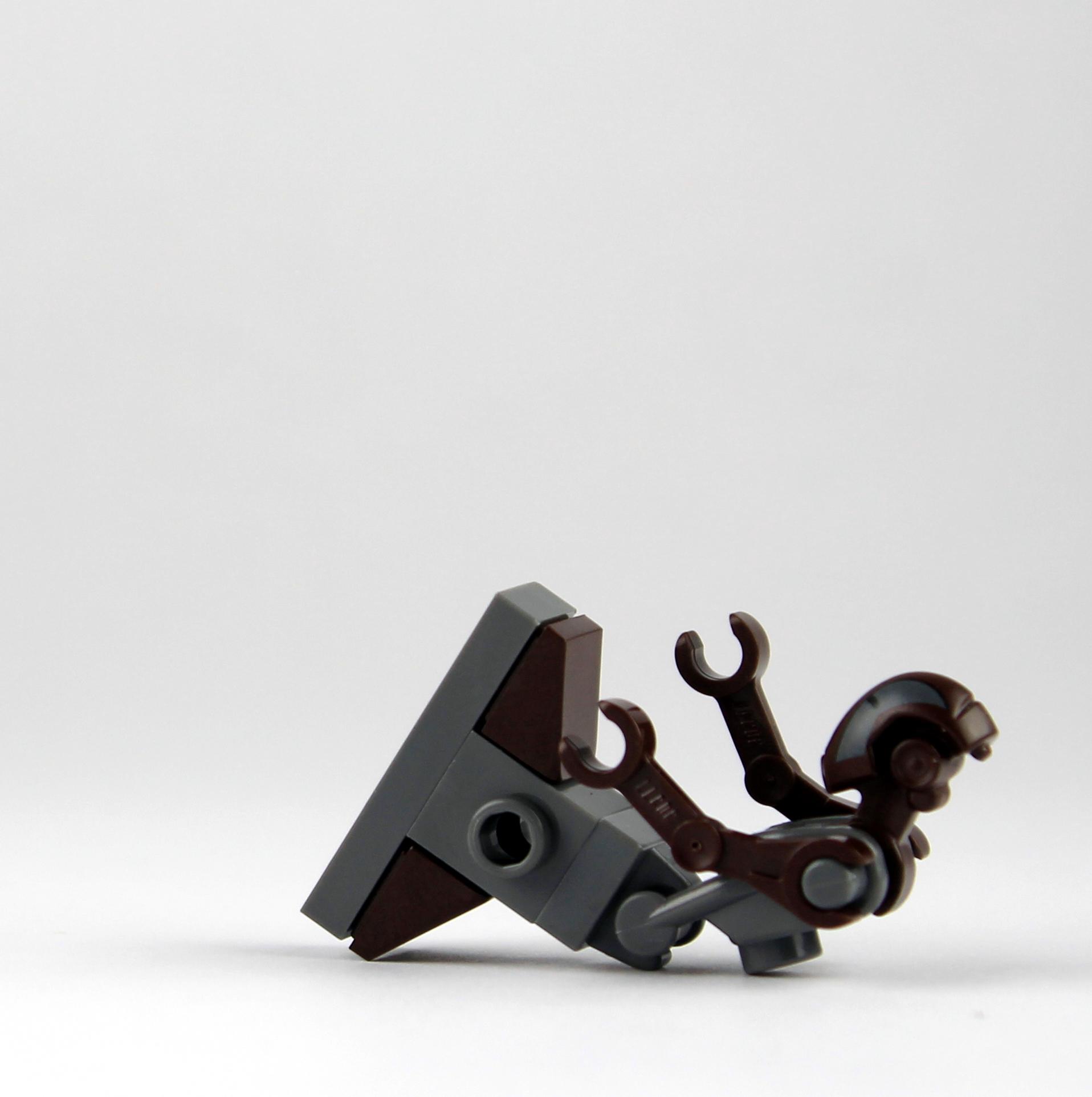 (Singing) On cycle three of Life Day my first mate gave to me, a break-dancing pilot
an impractical escape ship
and a dancing droid beneath the Life Tree. (/Singing)

As Obi-Wan said, “flying is for droids” and Count Dooku seemed to agree with that sentiment. This heavy footed fellow also comes in the Dual on Geonosis set with Dooku, who I honestly wish had actually been in this set to go with the sailer. There is something to be said for keeping the majority of these figures generic after the first years inclusion of the same old Chewy that had appeared in another dozen sets. Since I don’t have the Dual set, this is the only version of FA-4 I have and I do like him. He looks like a commando droid in a prom dress. He probably went stag.