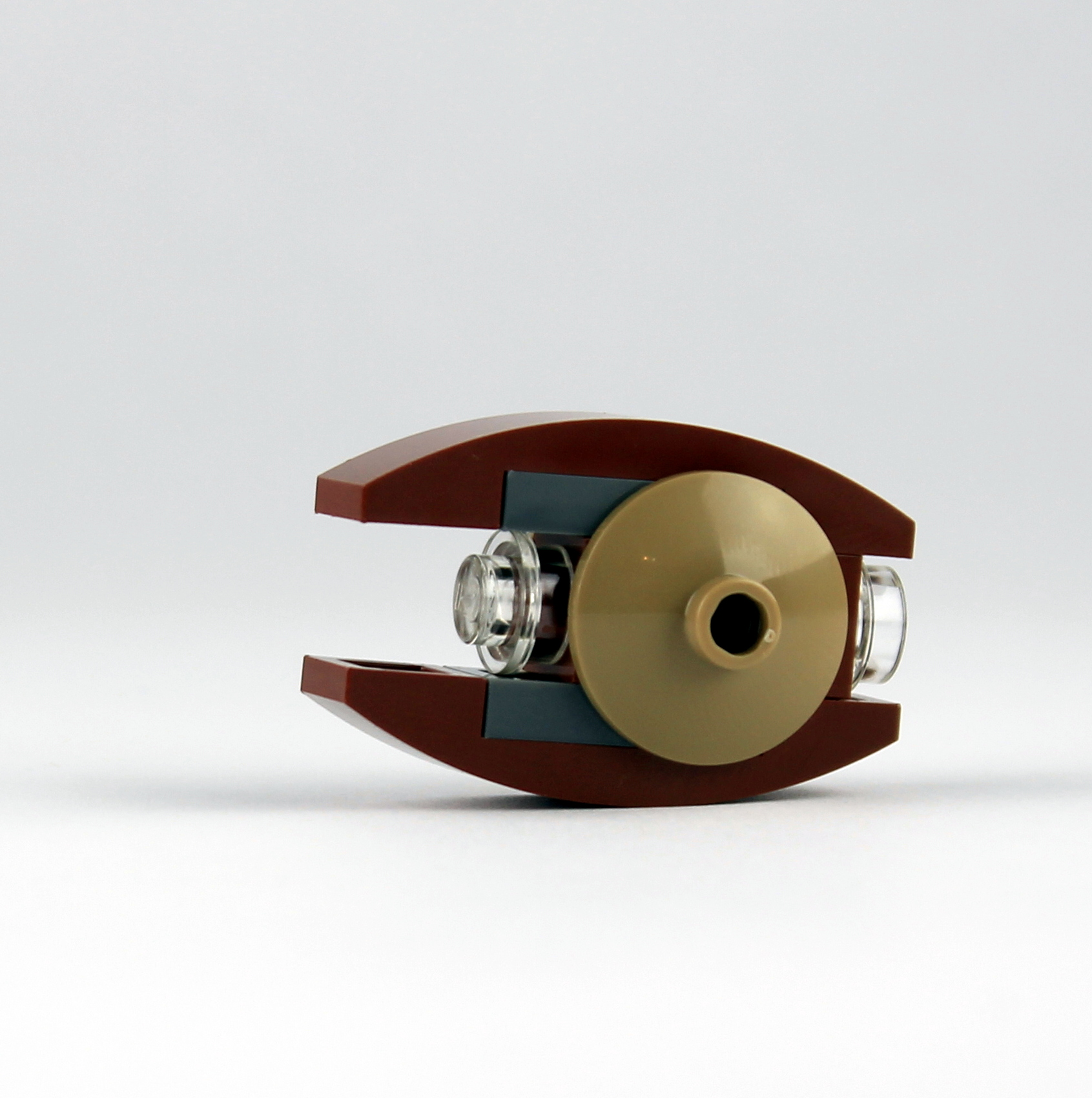 (Singing) On cycle two of Life Day my first mate gave to me, an impractical escape ship
and a dancing droid beneath the Life Tree. (/Singing)

Remember the flashy little ship Dooku makes his escape in at the end of AotC that you could only assume would be the slowest possible way to get to Coruscant, while spending the majority of the flight impersonating the Dilophosaurus from Jurassic Park? This is it. I like to think Dooku had purchased it years earlier, before he turned to the dark side and had planned on retiring and maybe doing a little sailing in his twilight years. A nice relaxing trek through the stars. The dishes on the side throw off the aesthetic, while simultaneously being my second favourite part behind the 1×4 curved double slope in reddish brown. These sets are nothing if not treasure troves of fiddly bits. Not bad.