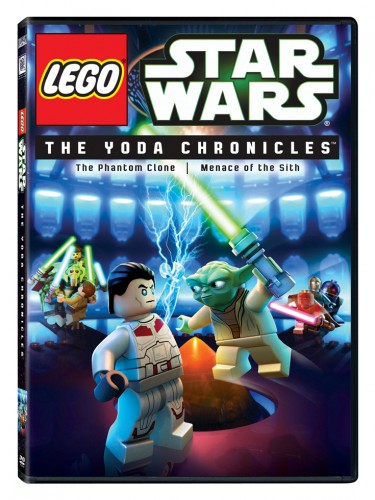 StarWars.com announced yesterday that parts one, The Phantom Clone, and two, Menace of the Sith, of the three-part Yoda Chronicles will be arriving on DVD exclusively at Walmart on October 15th. Based on the packaging photo, there doesn’t look to be an exclusive pack in minifigure but things could change between now and release day. Also, if they were to pack in an exclusive minifigure, they would probably do it after the third episode airs so they can package the trilogy into one set. There is no air date confirmed yet for part three, but it is scheduled to air before the end of the year.