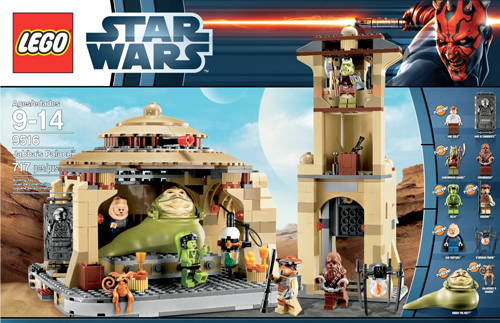 Right now, Amazon has a pretty respectable discount on a handful of sets, all of at least 20%. If you caught 75005 Rancor Pit on the cheap last week, you can now pick up 9516 Jabba’s Palace

Since 75020 Jabba’s Sail Barge has been confirmed for an fall release, you should pick up 9496 Desert Skiff

The last two sets on sale are from Episode I and Expanded Universe. The Bongo Sub set, 9499 Gungan Sub

And finally, even though it’s only 10% off, it’s still a good deal and was sold out during the holidays. Amazon has restocked on 10188 Death Star