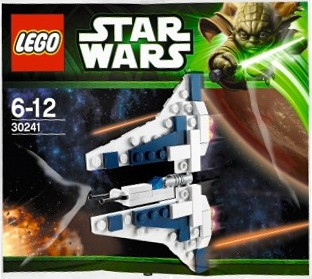 Thanks to Margot for the tip.

Update: Sleuthy Solo points out that the description for the item describes 30241 Mandalorian Fighter aka Gauntlet, relevant bit bolded:

I’ve updated the picture above.