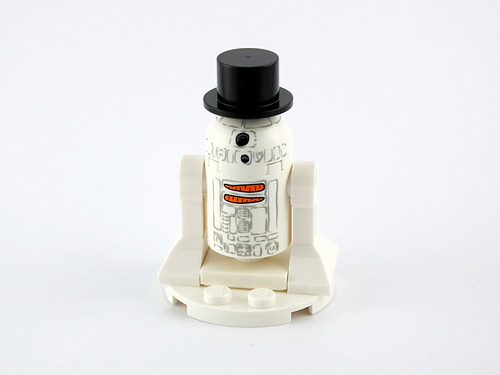 Hallelujah! See, that’s more like it. Rusty the Snowdroid here makes the craptastic models that make up nearly half of the micros in this calendar dang near forgivable! The inclusion of a base is a nice touch because it’s really not necessary, but it drives home the “snowman” aspect. I’ve always loved R2 (certainly not as much as some folks), but have never felt compelled to obtain all the different astromechs in LEGO form. Until now that is. I have no issue with the spacing of the top hat either, though I may or may not try to straighten that out later if it begins to bother me. Easily my favourite day of both Star Wars Advent Calendars thus far. They’re going to have to really pull out something phenomenal to top this!