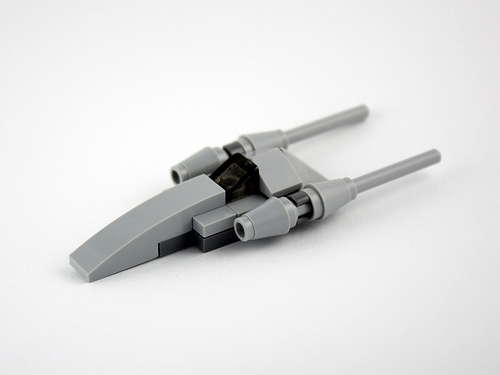 I guess that’s enough of a trip to Hoth for one calendar, it’s time top get back to TPM! This falls into the “OIC” catagory for not being as instantly recognizable as some of the micros and it’s also a straight-up fail imo. The super sleek shape of the ship would be difficult to pull off at any scale and here, it’s pitiful. The majority of the bley bits on this have been produced in metallic silver so this would have been LEGO’s one shot at giving up a shiny Nubian, as I believe the assumption at this point is that they haven’t because they don’t want to produce all the shiny and figure we’ll revolt if they make it in bley. Let me tell you, it’s the reason I own a pitchfork.
Just in case.