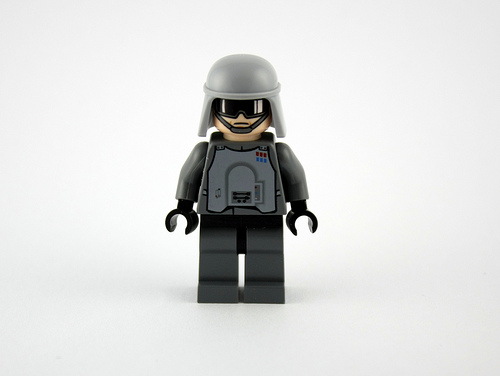 Grand Moff Tarkin was a force to be reckoned with. He was as ruthless and efficient as he was despised by his enemies, but beyond him the officers of the Galactic Empire seemed like nothing more than puppets or Vader’s choke buddies to me. I’m starting to think that all they needed to do to appear more menacing was for them to wear their battle armour all the time, or at least some sunglasses. Look at how intense this guy is. He’s like Elwood Blues, the T-800 and Elton John all rolled up into one (admittedly less fabulous) package. On second thought, scratch Sir Elton off that list. Let’s replace him with Horatio Caine, he has the same sunglassy eyed stare and all the personality of a small plastic toy.

I wonder what tomorrow will bring. I’m predicting snow…