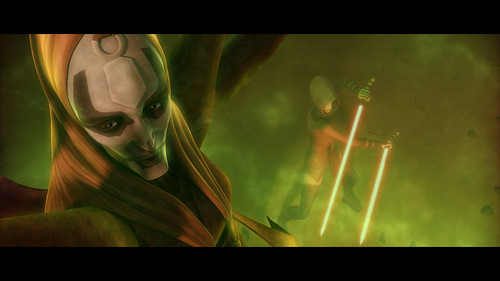 Count Dooku is determined to have revenge against the Nightsisters of Dathomir after their betrayal. General Grievous launches an all-out droid attack against the magic-wielding witches, and Mother Talzin and Asajj Ventress lead the defense with all the dark powers at their command.