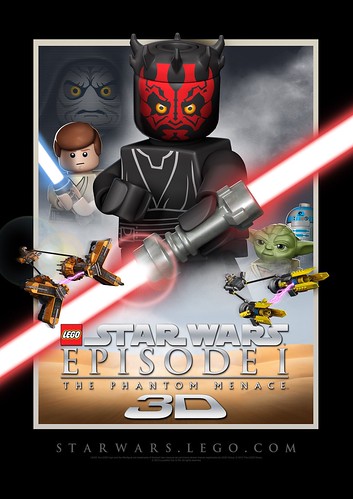 I’m not a fan of 3-D, but it seems to be all the rage and it’s a huge cash grab right now so it was inevitable that Lucas would convert his films and milk the new technology for all its worth. Episode I The Phantom Menace has been back in theaters for two weeks now and has already pulled in another $36 million. It’s positioned to knock The Dark Knight out of the top ten worldwide grossing films any minute now as it’s already cracked the $1 billion mark, a feat unlikely for even the now iconic Star Wars. I wasn’t even sure I wanted to address this, but I think it deserves a look for no other reason then there are still people going to see this movie. The question is, will you go to see it?

Maybe you already have and if so feel free to leave a comment on what you thought. Did the 3-D make it better? What further changes has Lucas made? Has it matured like a fine wine over time, or further gone down the dark path and turned completely to vinegar? I watched the film at home with my 4 year old on Monday and there are still a handful of scenes I really enjoyed and I was pleased to see him enjoy most of the same parts. I originally saw the movie twice in theaters simply to see the podracing scene again on the big screen, but I never felt it came together as a cohesive film or that it captured the charm of the OT. I won’t bother to mention Jar-Jar for the purposes of this article, I’m honestly starting to feel sorry for that guy. 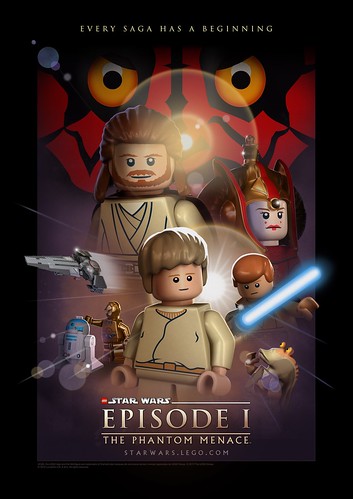 I think I’ve decided to skip this one in theaters, though I find myself flipping and flopping on the concept more and more. It’s not that I want to give any more money to uncle George because when all is said and done he’ll have at least an extra $40 mil, so he’ll finally be able to afford that last solid gold Cadillac to fill out his 12 car garage. I worry that I may be missing an experience I may never have another chance at (for a few years at least) and that I’m robbing my son of said experience and the chance to develop his deep seething nerd rage at an early age. As I said though, I’m not a fan of 3-D and if it’s just a chance to have Binks in my face I’ll pass. I saw 3-D movies when I was a kid and the new technology is just an upgrade, not a revolution. It just doesn’t impress me, “Weird Al” has been singing in 3-D since this very month in 1984 and suddenly big brother thinks this is something new and exciting. 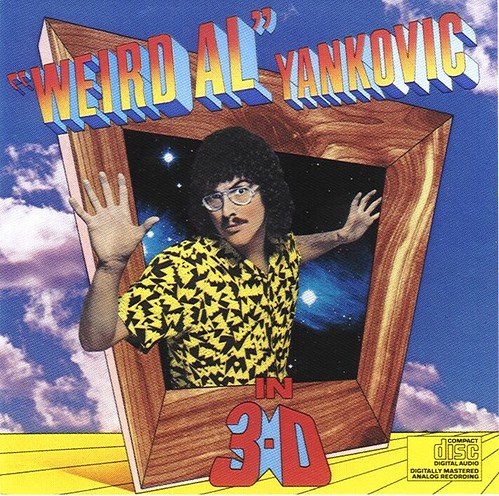 If I manage to steady my resolve and pass on this first offering, I know it will only get harder. The next two films were progressively better and Revenge of the Sith would probably be worth seeing again on the big screen in however many D’s they present it (I’d love to hold out for Smell-O-Vision, but who has the time?). I’ve already committed myself to seeing the original three when they are released because I simply cannot deny myself or my son the opportunity to see them in the theater. At the very least, I hope you enjoyed the posters and I encourage you to share your opinion of this latest chapter in the drama that is Lucas’ magnum opus. I’m thankful that this movie was what it was because it inspired a minimum of three slices of awesome, Richard Cheese’s The Phantom Medley, “Weird Al” Yankovic’s instant classic The Saga Begins and of course the famous racing scene that inspired our own pod-tastic contest.