Today at the New York Toy Fair The LEGO Group and Lucasfilm Ltd. confirmed our suspicions that the Star Wars license wouldn’t be ending any time soon. They’ve signed on together for ten more years, although that doesn’t necessarily mean there will only be ten more years. Great news for fellow LEGO Star Wars fans here on FBTB and everywhere. You can view the full press release by clicking here or check the forum thread. 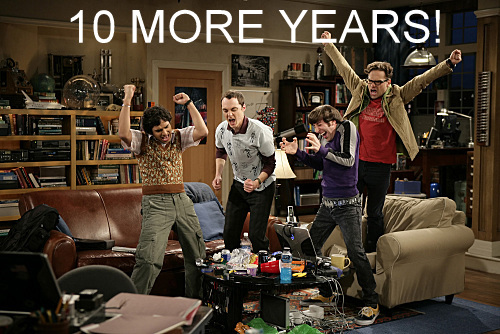 BILLUND, Denmark (February 13, 2012) â€“ The LEGO Group and Lucasfilm Ltd. today announced renewal of the Star Warsâ„¢ licensing deal that, 12 years ago, transformed a construction toy theme into a global entertainment property with strong cross-generational, multi-platform appeal. Fans can look forward to LEGOÂ® Star Wars product and content development for the next 10 years, according to the terms of the deal.

The LEGO Group first acquired the rights to manufacture LEGO toys based on the Star Wars universe in 1999, marking the first time in its global history that the worldâ€™s leading construction toy manufacturer would represent someone elseâ€™s story and characters in the LEGO world. What was once considered a licensed novelty is now considered a core LEGO franchise, similar to LEGO CITY, and ranks among the companyâ€™s global top themes.

A best-seller since its introduction, LEGO Star Wars has experienced tremendous growth over the last six years in particular, due to the continued strength of core construction toy development and expansion to video games, publishing, television and video content and other relevant categories for fans of all ages.

â€œIt is very rare to find an evergreen property that delivers growth year on year in toys, even in years without events driving box office buzz, yet Star Wars defies all odds, continually reinventing itself, and our LEGO business continues to grow exponentially,â€ said Jill Wilfert, Vice President of Licensing and Entertainment for The LEGO Group. â€œStar Wars is a cultural phenomenon that shares many characteristics with the LEGO brandâ€“cross generational appeal, versatile story and character content, creativity and imaginationâ€”and we believe that we can continue to grow LEGO Star Wars for many years to come.â€

â€œWe are delighted to have extended our long and very successful relationship with LEGO Group,â€ said Derek Stothard, Senior Director for Global Toys and Hardlines at Lucas Licensing. â€œBringing together these two iconic global brands has created something special that is enjoyed by kids, families and fans everywhere.â€

Star Wars is as relevantâ€”perhaps more relevantâ€”today than it was in 1977 when it was introduced, and in 1999 when the first of the next three episodes began to be told. For 2011, Star Wars is the #1 property and #1 license for Boys ages 6 and older according to NPD Group, and has been a top 3 boyâ€™s license for the last 11 years.Â The LEGO share of the property continues to grow, as new generations of children discover, engage with and explore the Star Wars stories through constructive play.

A global toy phenomenon
LEGO Star Wars continues to rank among the best-selling global toy lines, with in excess of 200 million boxes sold worldwide since its 1999 launch. Â More than 340 LEGO Star Wars models have been developed, replicating iconic scenes and starships, as well as more than 425 minifigures from the Star Wars universe. Â Sets depict everything from the feature film Saga to the animated television series Star Wars: The Clone Wars. Four cross-platform LEGO Star Wars video game titles have changed the face of casual gaming, selling in excess of 30 million units, and are reciprocally driving desire for building toys and video games while also bringing families together to share both forms of play. The line has inspired short- and long-form entertainment in the form of mini movies and the first-ever 30-minute television special, LEGO Star Wars: The Padawan Menace, aired on top childrenâ€™s networks around the world, including Cartoon Network in the U.S., Super RTL In Germany and on France TV, and is now available on Blu-ray/DVD. LEGO Star Wars: The Visual Dictionary from Dorling-Kindersley has been on the New York Times Bestsellers list for 81 weeks, topping the list at number-one for 18 weeks. Additionally, the franchise is the basis of the first-ever LEGOLANDÂ® Park Miniland display area based on a fictional environment, which debuted last year in Carlsbad, California, Billund, Denmark and Gunzburg, Germany and opens this year in Windsor, England.

About the LEGO Group
The LEGO Group is a privately held, family-owned company, based in Billund, Denmark. It was founded in 1932 and today the group is one of the world’s leading manufacturers of play materials for children, employing approximately 9,000 people globally. The LEGO Group is committed to the development of children’s creative and imaginative abilities. LEGO products can be purchased in more than 130 countries.

About Lucasfilm Ltd.
Lucasfilm Ltd. is one of the world’s leading film and entertainment companies. Founded by George Lucas in 1971, it is a privately held, fully-integrated entertainment company. Â In addition to its motion-picture and television production operations, the company’s global activities include Industrial Light & Magic and Skywalker Sound, serving the digital needs of the entertainment industry for visual-effects and audio post-production; LucasArts, a leading developer and publisher of interactive entertainment software worldwide; Lucas Licensing, which manages the global merchandising activities for Lucasfilm’s entertainment properties; Lucasfilm Animation, which is currently producing content for film and television, including Star Wars: The Clone Wars, a CG-animated half-hour television series; and Lucas Online creates Internet-based content for Lucasfilm’s entertainment properties and businesses. Additionally, Lucasfilm Singapore, produces digital animated content for film and television, as well as visual effects for feature films and multi-platform games. Lucasfilm’s motion-picture productions include three of the 20 biggest box-office hits of all time and have received 19 Oscars and more than 60 Academy Award nominations. Lucasfilm’s television projects have won 12 Emmy Awards. Â Lucasfilm Ltd. is headquartered in San Francisco, Calif.

STAR WARS, THE CLONE WARS and related character names are trademarks and/or copyrights, in the United States and other countries, of Lucasfilm Ltd. and/or its affiliates.