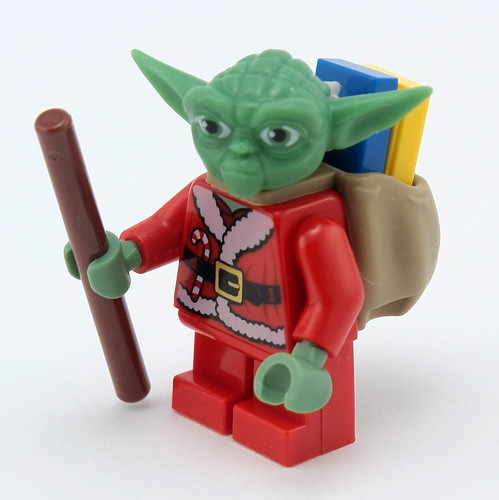 Here’s the jolly old elf himself, Santa Yoda. His picture’s on the box so this is no real surprise, but I love this little guy anyway. I know there have been a lot of detractor’s putting him down, but face it he’s pretty darn cute. At this point he should be FBTB’s holiday mascot. As cool as he may or may not be, does he or any of the other days on this calendar pull enough weight to make this set worth what we paid for it? Let’s take one last look.

What I liked: Santa Yoda is my clear favourite, but I only had two other figs in the entire assortment to my recollection. That along with two or three stand-out models made almost half of the days winners in my book. Also, because each day is basically a set of it’s own you end up with a fair amount of extra bits. Though I believe they should have been used to beef up a couple of the models. 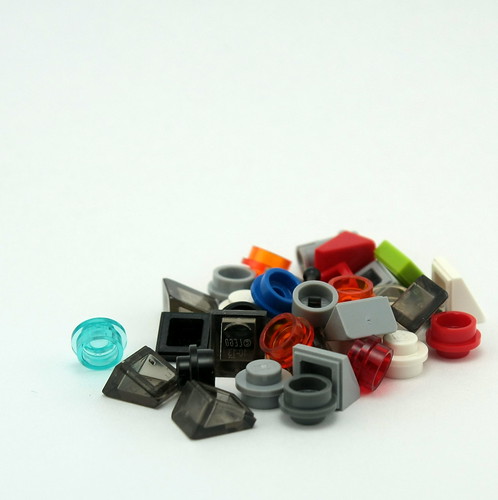 What I Didn’t Like: That craptastic TIE fighter still makes me cringe. The Mouse Droid was lame and the A-wing and Imperial Shuttle just didn’t make the cut. 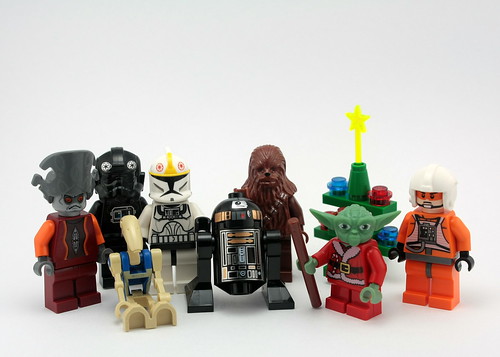 Verdict: Buy it. It’s Christmas Eve people! If this thing is still on the shelves, it’s probably heavily discounted or likely will be on the 27th (or 26th, depending on where you live). The value is only going to go up if you’re a collector and if you’re not but you have kids, there’s a better than fair chance they’ll enjoy using it to countdown the days next year. The models are either fun, easy to build or both and even the crappiest of all the figs is fairly rare. I bought one for my son this year and put it away, he just turned 4 so the City calendar with it’s lackluster cops n’ robbers theme was more than enough to impress him. In a couple of years though his fandom of everything Wars will be hitting it’s apex and who’s going to be father of the year whether there’s a SW advent available that year or not? This Guy!