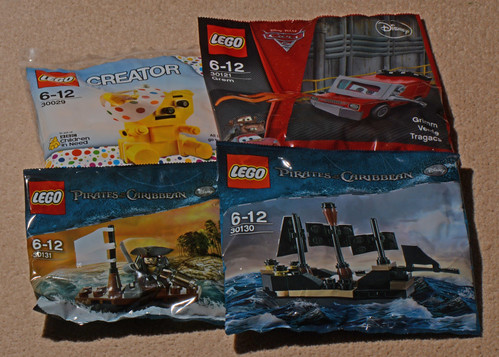 We’ve hit a bit of a snafu regarding our Toys for Tots efforts. Apparently, LEGO being “aware of our activities” isn’t exactly the same as being okay with it. After discovering yesterday that they implemented a three email restriction on the number of emails that can be sent from one email address to another, I discovered that simply editing the from email address, you could still use the send/back/send method. The number of greetings started to skyrocket once again. And then this morning at approximately 9:19am, I’ve had my IP address blocked from the site as well as a few other members of the rebel alliance. I can’t even check the number of toys donated let alone send a greeting or read any greetings I may receive.

Kind of a low blow if you ask me. If LEGO was serious about donating a million toys, they would lift the blockades they put in place. Heck, if they were really serious, they’d just donate the toys anyway and we can call it a day. I understand that a webmaster has to do what he/she can to keep the site up and running and not to overload the servers, but what they are actually doing is making it harder to donate toys. I’ve had a few alliance members send some test greetings using unique email addresses that have never been used before, and those greetings were never received. The other thing I hope they realize is that once we hit a million toys, everything will go back to normal and the site traffic to LEGOSantaYoda.com will go back down to the near zero levels it was before.

Despite their efforts, however, we are burning through the rest of the unread emails that landed in our inbox. We are patiently waiting the confirmation of any greetings that are successfully received. A few greetings have trickled into the inbox, but nothing substantial that’s worth mentioning. Those were probably previously undeliverable messages that finally got delivered. I have my suspicion that they stopped outgoing emails and are devising another fail safe measure to screen out greetings in some way but no pattern has emerged quite yet.

In the meantime, I’d like to mention a few things. In addition to the great giveaways we have planned, Huw Millington of Brickset has graciously donated a set of polybags that were either very difficult to obtain in the US or was never made available (see first pic above) as a prize. Ken “buriedbybricks” is donating an copy of 7958 LEGO Star Wars Advent Calendar to the one who sends the most greetings. All names will be drawn when we hit 1 million toys or on December 24th, whichever happens sooner. 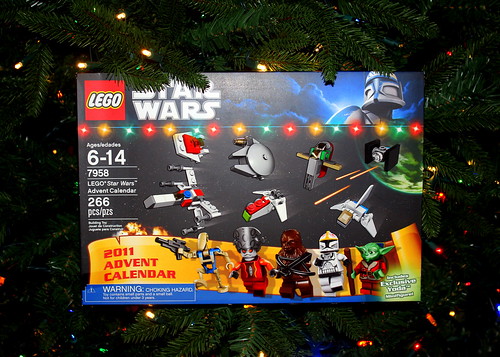 As of this writing, we’re currently at 321,919 toys donated. I’m determined to do what I can to make that number go higher. When we started this campaign, the number was only at 590. The good news is that one of my contacts did say that they will honor that number, or whatever number it happens to be at December 24th (when the site is shut down). Let’s hope that they stick to their word.