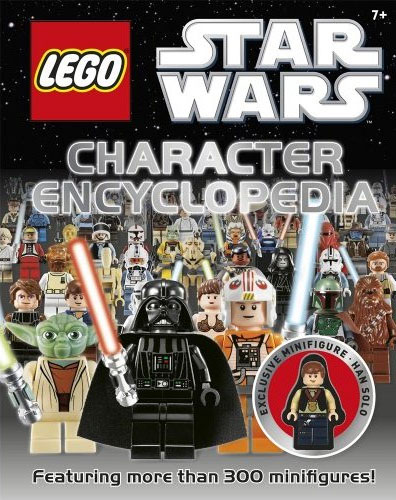 According to the Amazon page, the LEGO Star Wars Character Encyclopedia is available now! Our previous report had it pegged at September 19th, but it looks like the books are coming off the presses a little earlier than anticipated! If you haven’t preordered one yet, the price is still at a low, low $11.71. Huw Millington from Brickset and I both consulted on the book and I’m really excited to finally get my hands on the final product. Included with every book is a minifig of Ceremonial Han Solo with Medal as he appeared at the end of Episode IV, to match the Luke minifig you get from the LEGO Star Wars: The Visual Dictionary