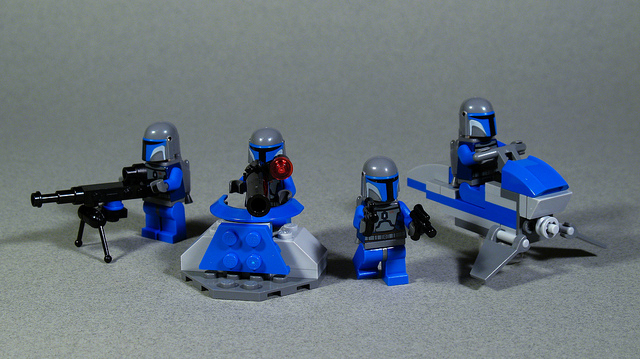 If there’s one thing I solidly love about the Clone Wars it’s the Battle Packs. And while I haven’t been following the Clone Wars TV show and I’m not entirely familiar with their current role in the Saga, the Mandalorian armor has always been a nice design, so a small well armed squad featuring them is more than welcome set.

Lets get the fluff out of the way and take a look at the construction portion of this set. You get two main builds: a blaster turret and a Mandalorian Speeder. First off, the turret: 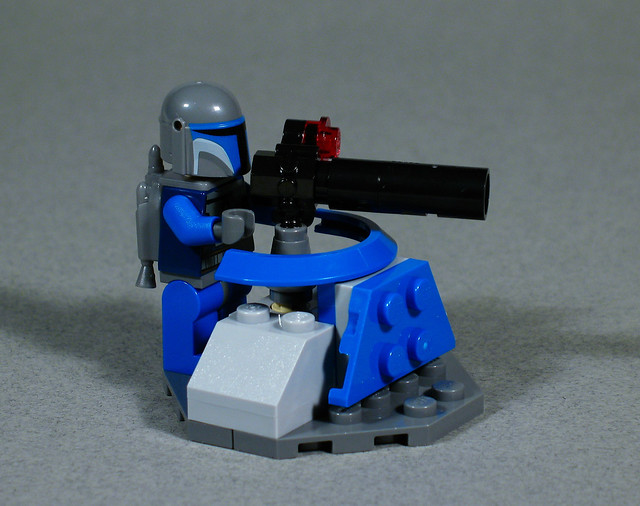 Nothing complicated, although they did get a little more creative than I would expect by using a simple SNOT technique to make the mounting point for the blaster rotate freely. Also, I like the use of the wheel fender in the barrier. It’s not a bad little gunner’s platform. I’m sort of surprised they didn’t work a flick fire missile into it though. Maybe they got tired of me complaining about them. You also get a smaller blaster on a biped: 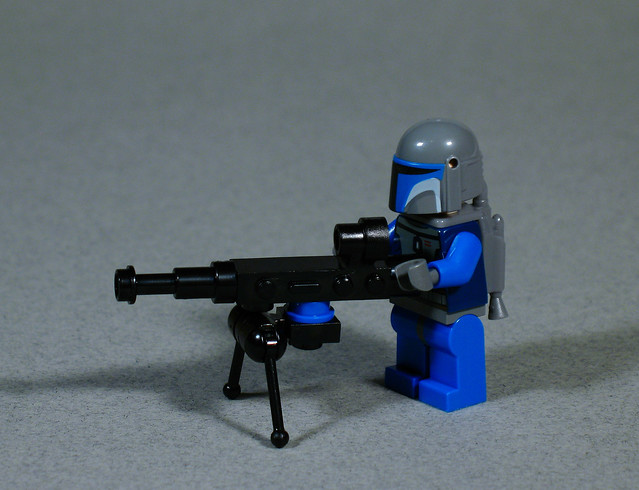 Very little to it, but it’s nice to see some weapons build from parts like these two. Now, the Speeder: 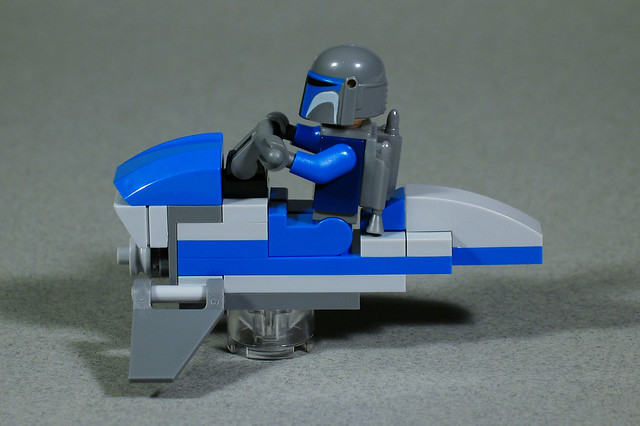 Another very simple build. One glance at it and you’re set to go, the instructions weren’t necessary at all. Comparing it to the source I would say it’s a little too long, the fins are too big, and overall the feel of it isn’t quite right – so Accuracy here isn’t too great. But I’d still say it’s a nice solid little craft, and I’m satisfied with how it came together. It’s quite swooshable as speeders tend to be. So on the construction side of things this little set is a success. That only leaves the minifigs… 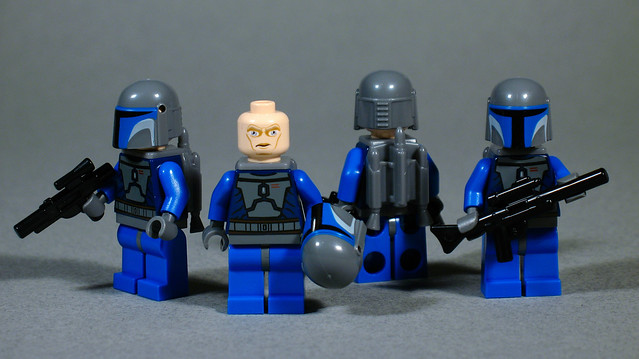 Which, considering that this is a Battle Pack, are perfect. You get three Mandalorian Troopers and one Mandalorian Assassin, and let me tell you, that assassin is a master of stealth because all four look exactly the same. I find that hilarious. Each comes with their trademark armor printing, helmet, and jetpack. Sadly, none of them come with the special sensor antenna even though the helmets clearly are designed for them. I guess that was a special upgrade that Jango kept from the rest of the Mandos. You get the full spread of weapons to choose from: blasters in large, medium, and small variety (with a spare small because dual wielding is an instant +1 cool factor). So really, when you consider all of those plus the heavy blaster plus the turret plus the speeder to fly, you literally have more weapons here than these four can handle. Nothing like being over prepared.

This set, like other recent Battle Packs, retails at $11.99. Not too bad for four minifigs plus parts, although out of all the battle packs this is the second lowest part count at only 68 pieces. I don’t expect Lego to change their pricing scheme on a set by set basis so I’m fine with $12. 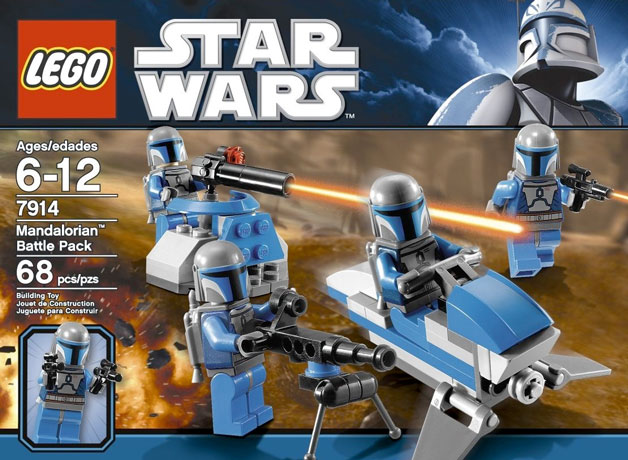