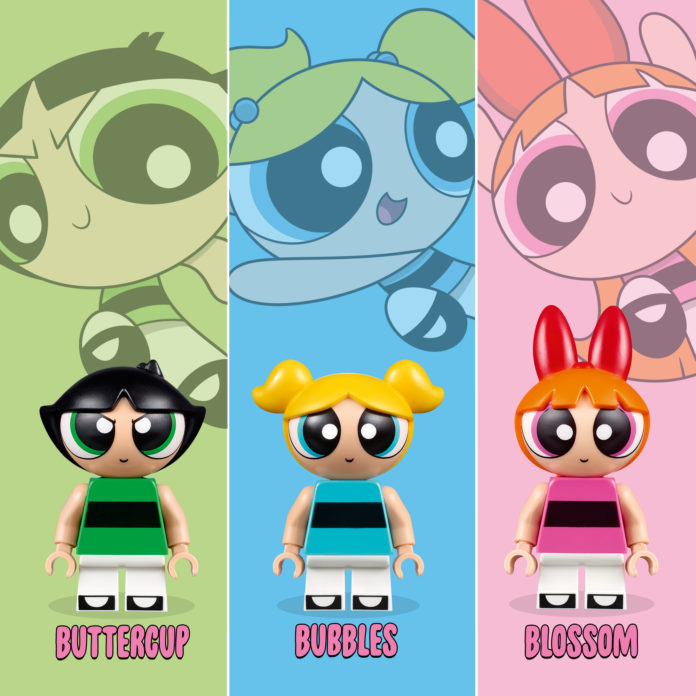 Especially if you’ve been keeping up with the leaks.

There was a time where I would have died with excitement over these. I was a fan of the show along with the other new Cartoon Network shows that came out around the same time: Dexter’s Laboratory, Samurai Jack, Johnny Bravo, and probably one more I can’t remember. But that reboot that’s airing right now, man, it’s just not the same. There is a definite change in the tone and storytelling. Craig McCracken, show creator, retired from Cartoon Network a couple of years ago, which explains the differences. I tried watching it with my kids at some point but even they got bored.

I will say that when the trio was revealed for LEGO Dimensions, I thought they translated pretty well. I’d like to have seen custom stump hand pieces to fully complete the look but these are just fine. That’s probably as much good as there is to say about it. I can’t say that the Powerpuff Girls franchise is big enough to warrant a license. And looking at the leaked images proves that point. We do get a Mojo Jojo but that’s hardly enough to warrant a full price purchase.

I had to create a new category for this, LEGO Powerpuff Girls, which just irks me. I should just make one called LEGO Garbage Licenses and put all posts for this, Angry Birds, and every other dumb collaboration under there.