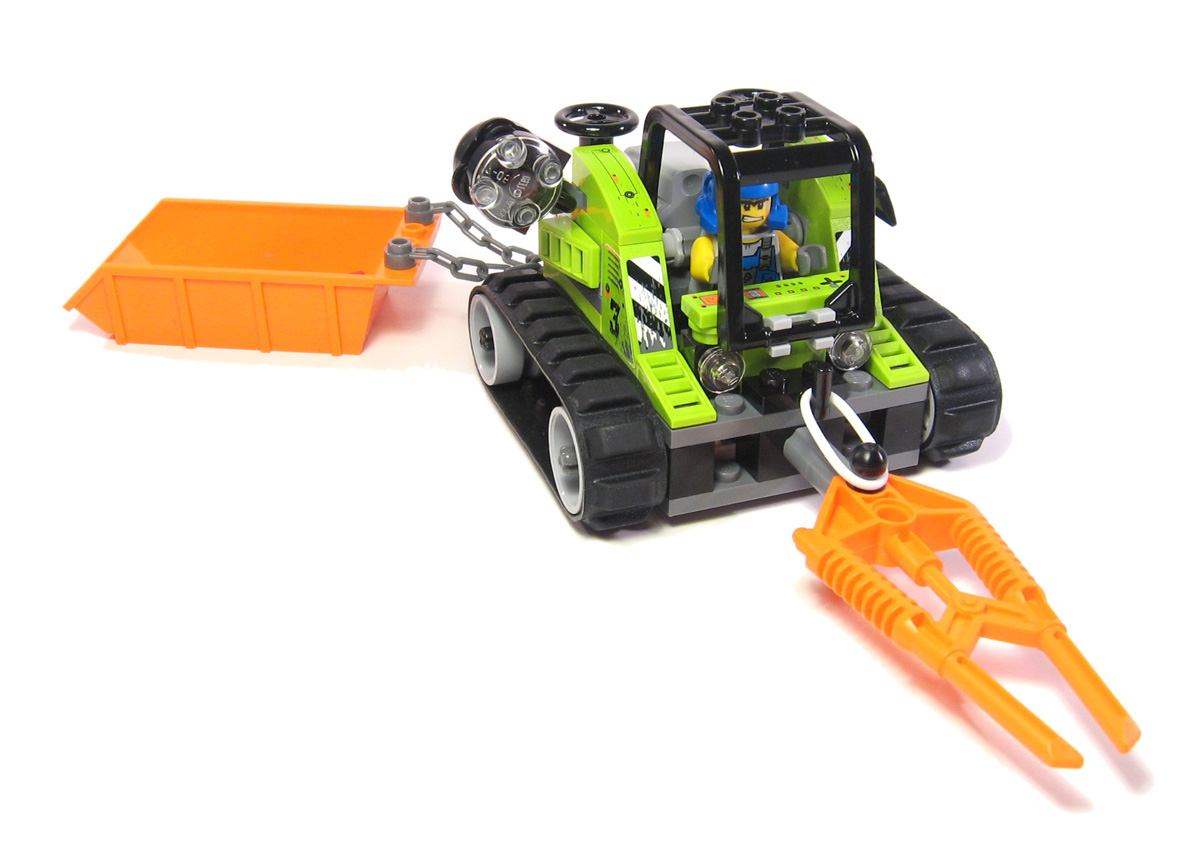 When I first saw the Granite Grinder on the shelf at Target, I thought “Dawww… how cute!” And I continued along my merry way, not giving it a second thought as I drooled over meatier offerings like the 8960 Thunder Driller and the 8961 Crystal Sweeper.

The next time I saw it was in the hands of a fellow member of the Los Angeles LUG, and I got to see it in action. When I saw what this puppy could do, I had to have one.

So does the set rock or is it fool’s gold?

Value: 94 pieces for $10. Just shy of the golden ratio. Fine by me. You get great new parts like the black rollcage, dynamite, new crystal color, oh and ever-awesome lime green. It’s a sweet range of parts from plates to cheese graters.

The quality of the model is tops. With a solid base of plates and technic bricks, smooth tread movement, it’s a delightfully compact and -yes, cute- model. It can stand up to quite a bit of abuse, as it should with pesky rock monsters (and kids!) lurking about. 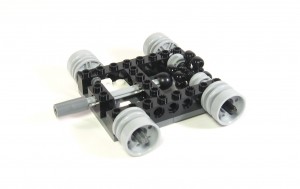 One curiosity of the set was the technic pin joiner and bushings that poke right through the middle of the model. Just for looks? 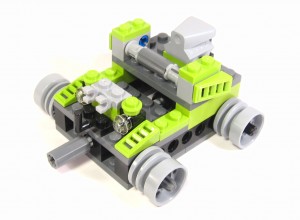 The Granite Grinder has a super low swoosh factor, which is typical of a wheeled vehicle. But as with the Republic Fighter Tank, what it lacks in swoosh it makes up for with some wicked rolling action.

Because not only does this thing jam through the underground bowels of the Earth on its sick treads, but those treads power the titular “Grinder” at the front of the vehicle, which thanks to the help of a gear and a rubber band goes RATATATATAT with piston-pumping movement, the set’s biggest play feature. The rollcage also hinges open, and there’s the cargo bed hauled on the back via the chain. 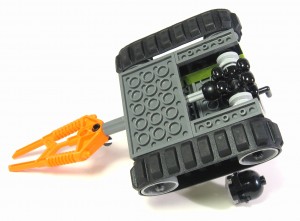 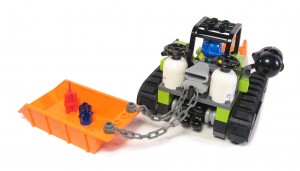 You get two minifigs in this set, a Power Miner crewman, and the rock monster Glaciator. I enjoy them both, but Glaciator is definitely my favorite of the pair. I do have an affinity for him after all… 😉 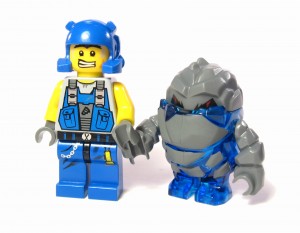 When you see a Reviewer’s Tilt score at the end of a review, everything you read previously should back up that number. I’m not sure yet that I’ve justified the big fat 10 you’re going to see at the bottom of this page (the only 10 of this whole review!) This set simply has a hard-to-define charm about it that I love, even more so than some of the smaller Star Wars sets I’ve gotten of late; namely the battlepacks.