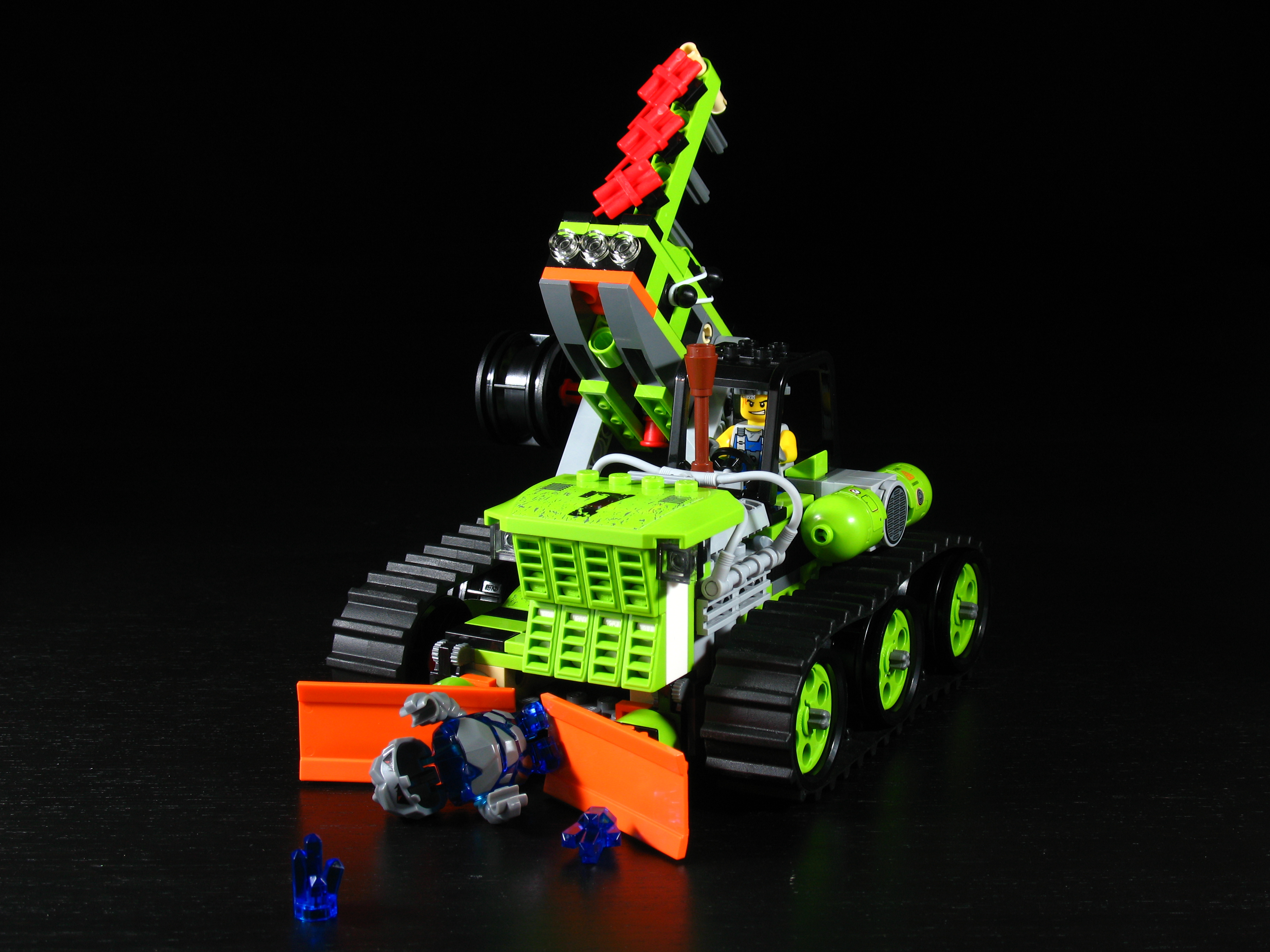 Blah blah blah, you know you’re just here for the pictures. And man are they good. Clickity clickity cloo! 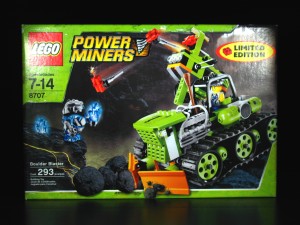 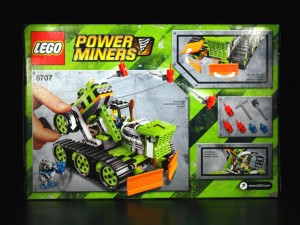 First off, this set is a Toys R Us Exclusive, and they so tastefully let you know it’s a limited edition right on the box. But you can get it from Shop@Home

, of course. I know it’s a minor complaint but I kind of wish they would have just let people figure it out instead of requiring the clip art. You get the pretty standard fare: nice overall shot on front, play features highlighted on back. I appreciate them showing the accessories on their own, but I think it’s kind of cheating to include the three dynamite bundles since they’re attached to the build. But again, minor complaints. Enough with the box already… 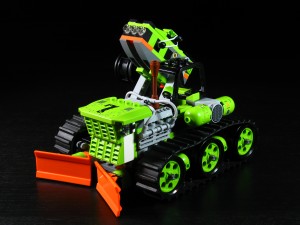 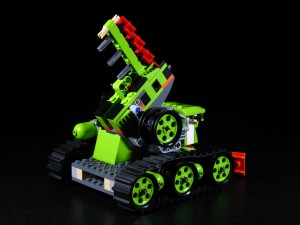 The build: It’s not overly complex, and it’s very sturdy. Doesn’t take a lot of time and only a little repetition (obviously you’ll have to mirror the treads and plows). My favorite part of the construction is the engine block. It feels very functional despite no moving parts. The hood with the big 7 sticker is probably the weakest link, it tends pop off easier than I’d expect, but it still isn’t a real issue. Likewise the roll cage can come off if you try and lift instead of tilt it back properly. These are both a result of the lax clutching power of the “new” bricks, and it seems to differ by part. Your mileage may vary. I’m not sure if I prefer the rubber treads or the chain link style treads. These give it a more solid look, but the don’t roll as smooth as I’d like. Maybe with time the rubber will soften up, but for now you’ve gotto force it to roll along and it always “floats” above the top of the hubs. 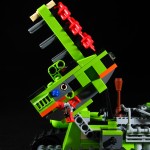 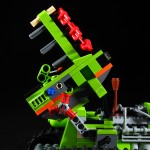 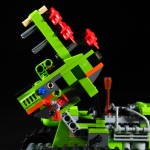 Now,ï¿½ the real core feature to this set is the “twist to fire your dynamite-on-a-stick action!” – and I have to say: it’s flippin fun. Making up the most technical bit of the build and not entirely obvious until it’s mostly complete, it’s hard not to notice the point where you go from thinking how is this supposed to work exactly to omg, that’s so fun! These pictures may spoil that a bit for you though, and for good measure here’s a clip of the mechanism in action:

See what I mean? They don’t fly exceptionally far, and thanks to the switch from typical flick fire Technic pins to 3L Technic axles with a stud they absolutely refuse to remain horizontal like all the official pictures show… but I still thoroughly enjoy it and I’m sure you will too. Especially when you’re trying to take out the gratuitous “bad guy” included: my favorite of the rock monsters, Glaciator. 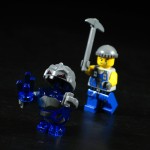 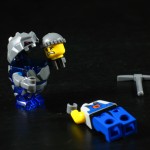 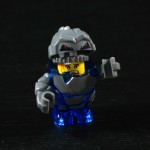 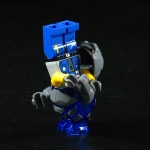 Now, I have to admit, I’ve got to side with the rock monsters in this universe. It doesn’t matter how cool their machines are… the Power Miners are simply waltzing into a cavernous wonderland to strip the natural resources and harass the local residents. Come on. It doesn’t matter how angry the painted on eyes look, these little rock monsters are adorable and possibly the best new mold LEGO has thought up. Those miners deserve whatever they get.

Here are some more shots for your viewing pleasure: 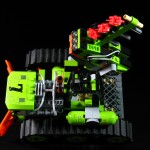 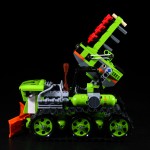 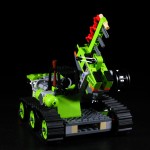 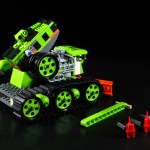 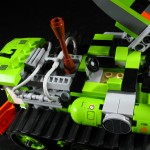 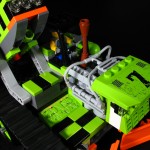 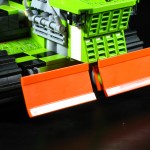 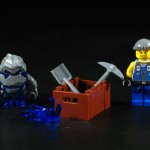 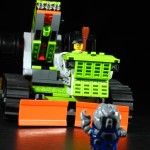 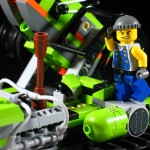 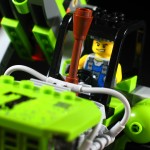 And in case you’re dying to know, these are the spare parts you’re left with. This retails for $26.99 and for a TRU Exclusive set with 293 parts – that’s a great deal. I’ve talked about the declining value in sets based on cost per brick in the forum, and this still manages to beat the curve at 9.2 cents per part! Time to cap this thing off with some relatively arbitrary numbers…

Thanks for playing along folks. Tip your waiter.