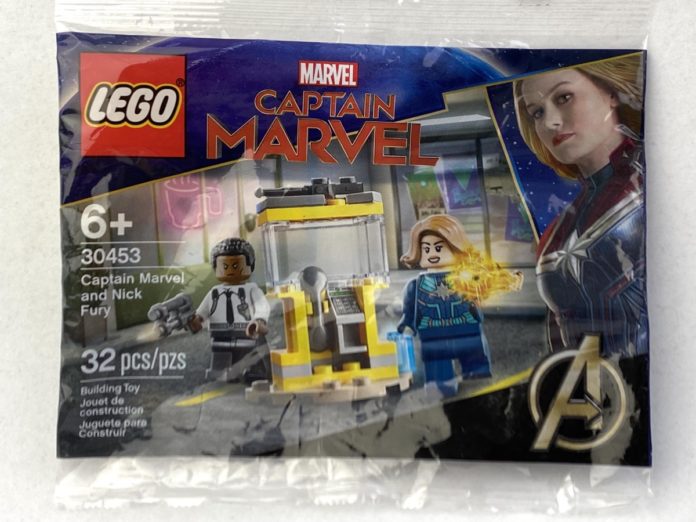 Just when I wrapped up yesterday’s most excellent polybag and thinking I’d be up for some disapppoinment, because that’s how things are balanced in the universe, I am treated to this beauty.

This week’s set of reviews is sponsored by my pal Ryan Wood. He sent me yesterday’s set as well as all the others reviewed last wek because that’s what friends do. He did not send me today’s set but I’m giving him credit anyway because that’s what friends do. He didn’t want to link to anything and said i could write anything I want in this space. And what I want to say is rescue dogs are the best dogs. Okay, okay, all dogs are the best dogs. Way better than cats, that’s for sure. 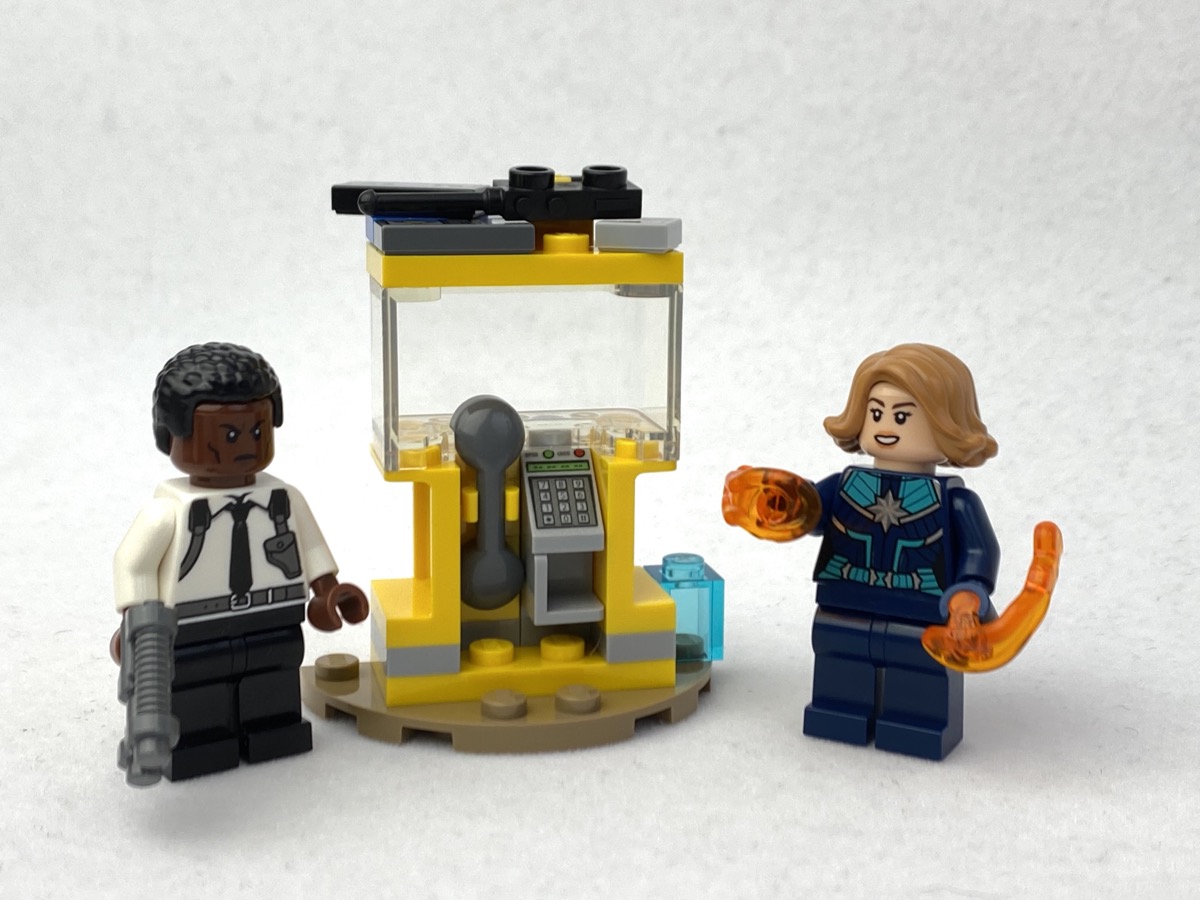 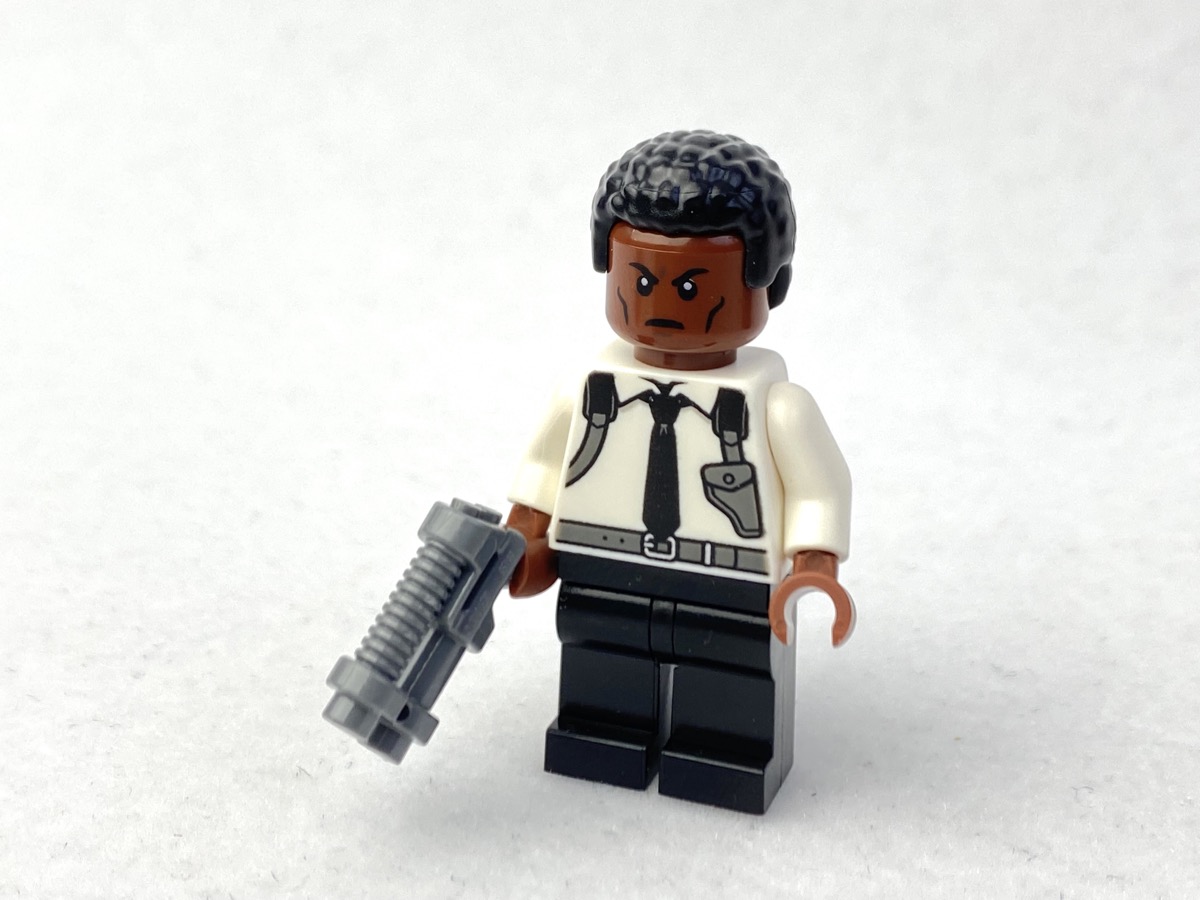 Fury, or as Bricklink refers to it, Nick Fury (Young), is not unique to this set but if you weren’t in the mood to pick up 76127 Captain Marvel and The Skrull Attack to get him, then this polybag was a nice cheap alternative. 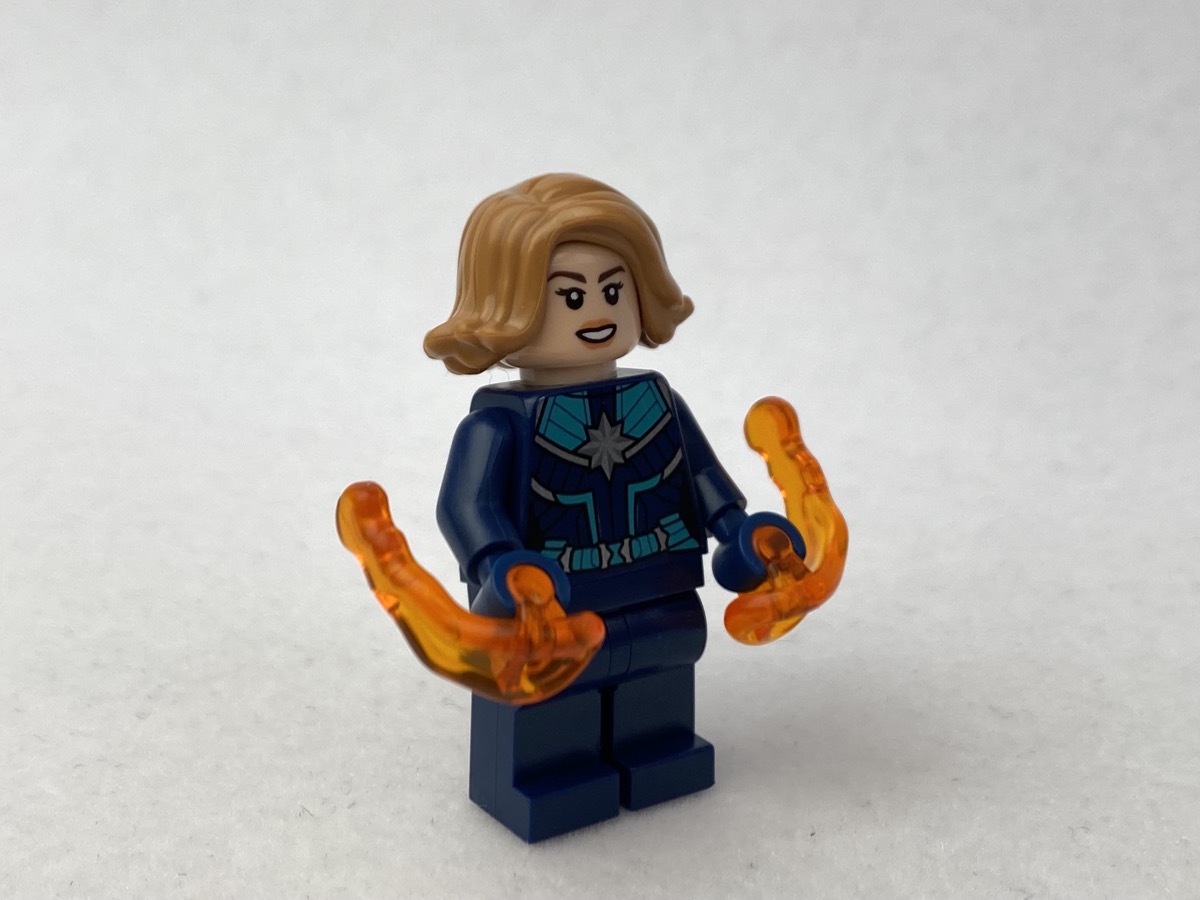 Now Captain Marvel, on the other hand, is a HUGE draw for this set. For this version only appeared in one other set, a 2019 San Diego Comic Con exclusive 77902 Captain Marvel and the Asis. So if you were a fan of Captain Marvel, or an MCU minifig collector, or anything in between, and wanted her in her Kree Starforce suit, that very exclusive set was the only way to get it until this polybag came around. 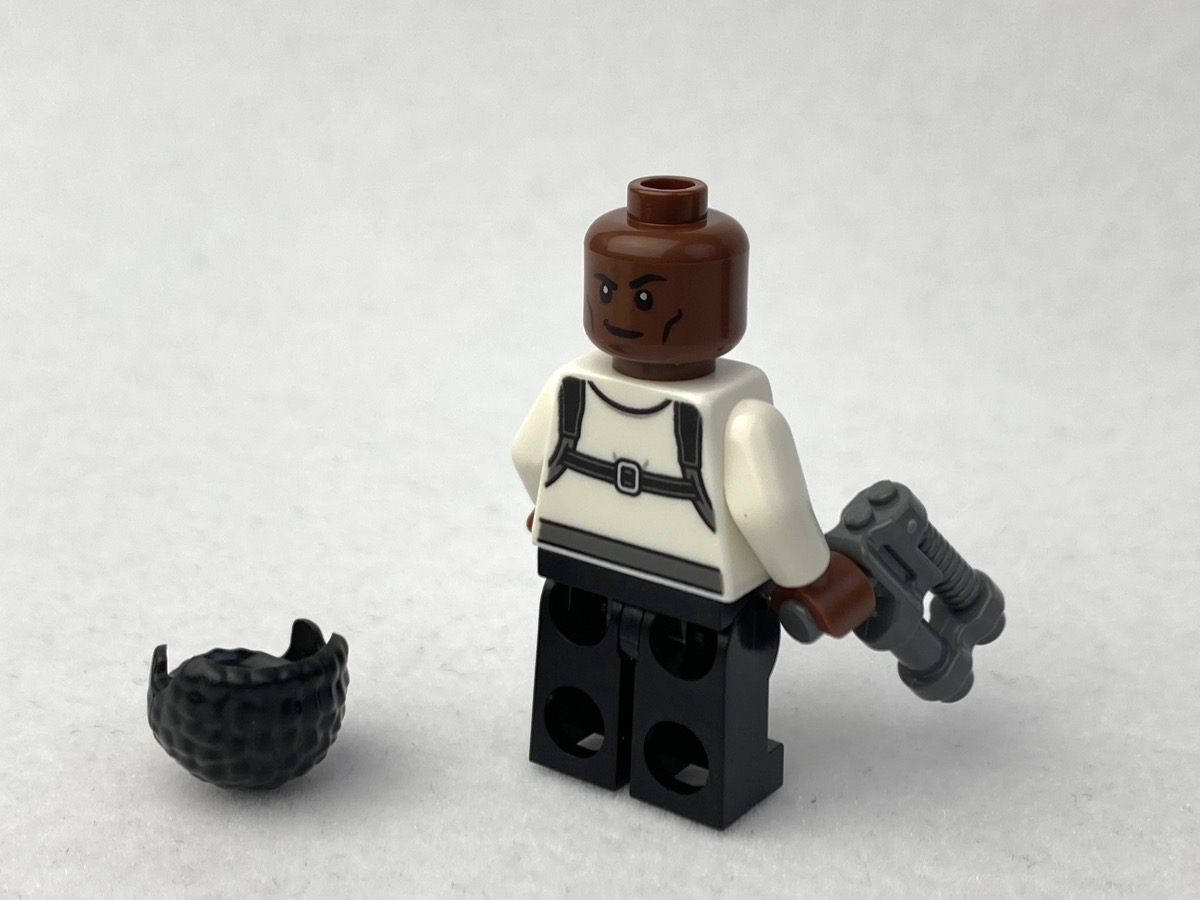 Now, this polybag could have very easily just included a Captain Marvel minifigure with a the pay phone, but the fact that you get Fury as well is just icing on the cake. I don’t think it would have worked as well if it were just Fury since the packaging has Captain Marvel emblazoned on the front. 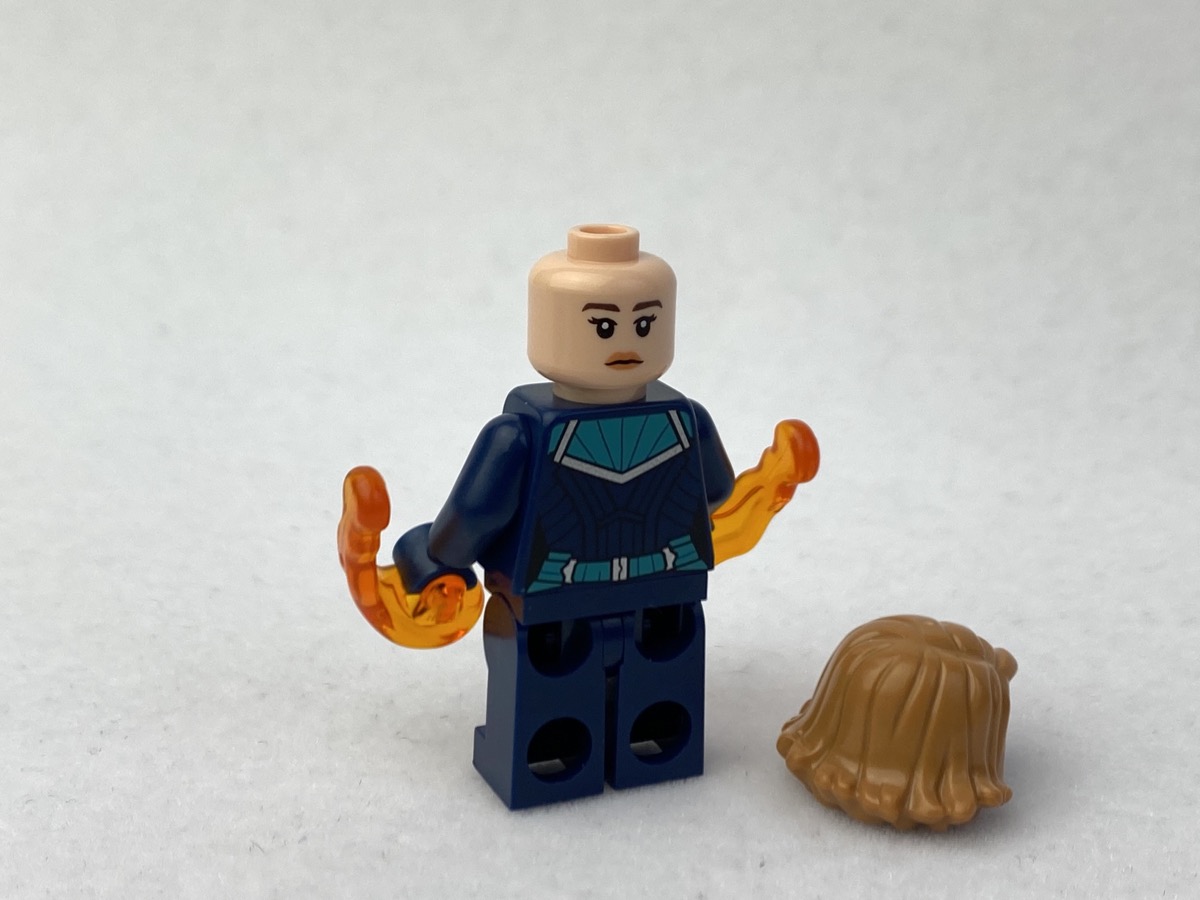 Again, the draw of this set is the minifigures, so don’t pay any attention to the really bad and terrible pay phone. It’s just bad. But to its credit it does come with a bunch of the Radio Shack stuff dumped on top for when Carol built a communication device. 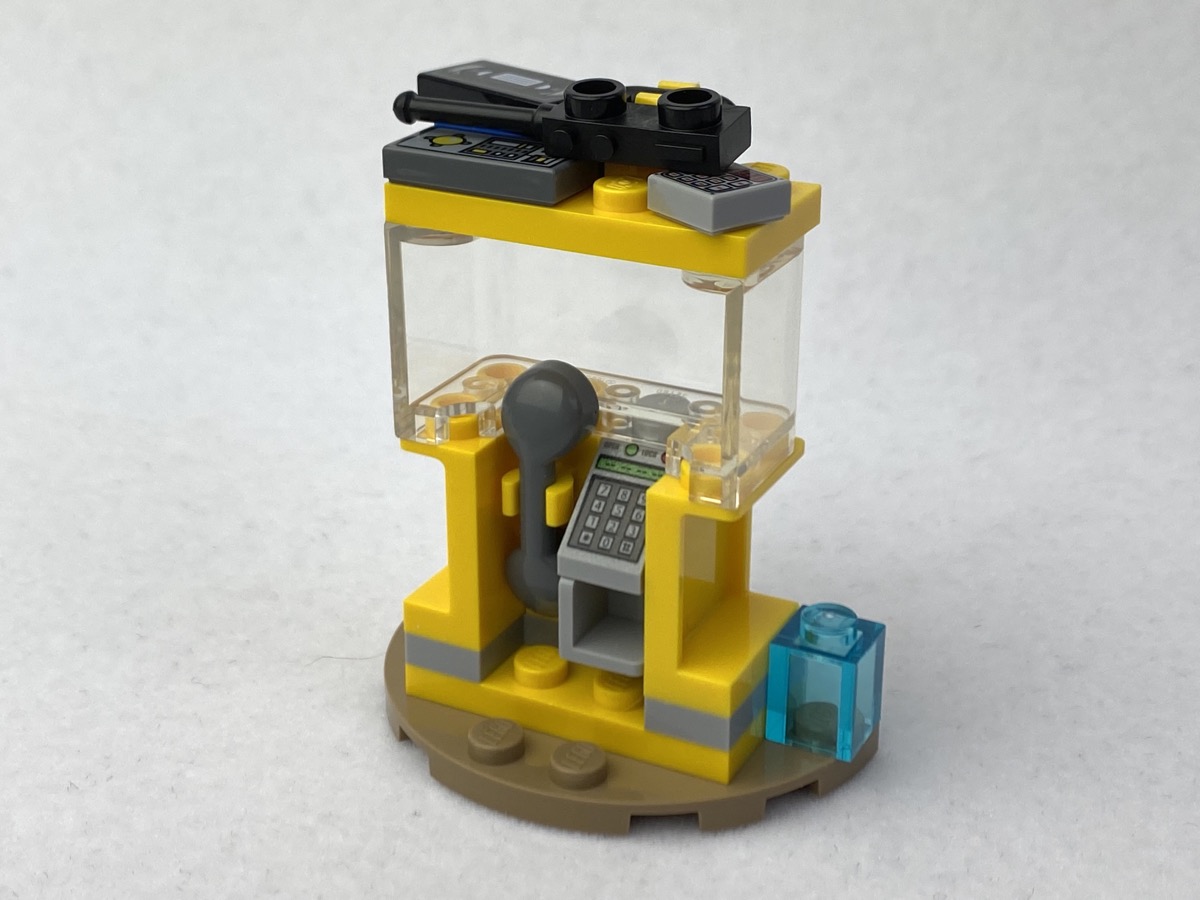 It’s rare that polybags will contain more than one minifigure. The only one that comes to mind is that one Minecraft set that had a minifig whose name escapes my memory and a skeleton. There may have been another. And if there was, the fact that I can’t remember may be an indication of how craptastic the set was. Either that or I shouldn’t be writing these things at 1:05 am and instead be in bed sleeping the night away.

This set rocks! Two minifigs! And they’re both very good ones! This set wins hard!