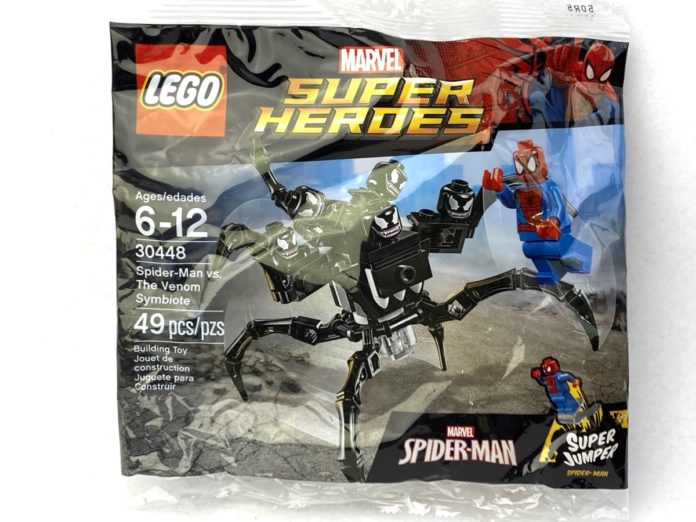 I could have sworn I already reviewed today’s set, 30448 Spider-Man vs. The Venom Symbiote, but the only time I mentioned it was in our Looking Back at the 2010’s – 2016 article. 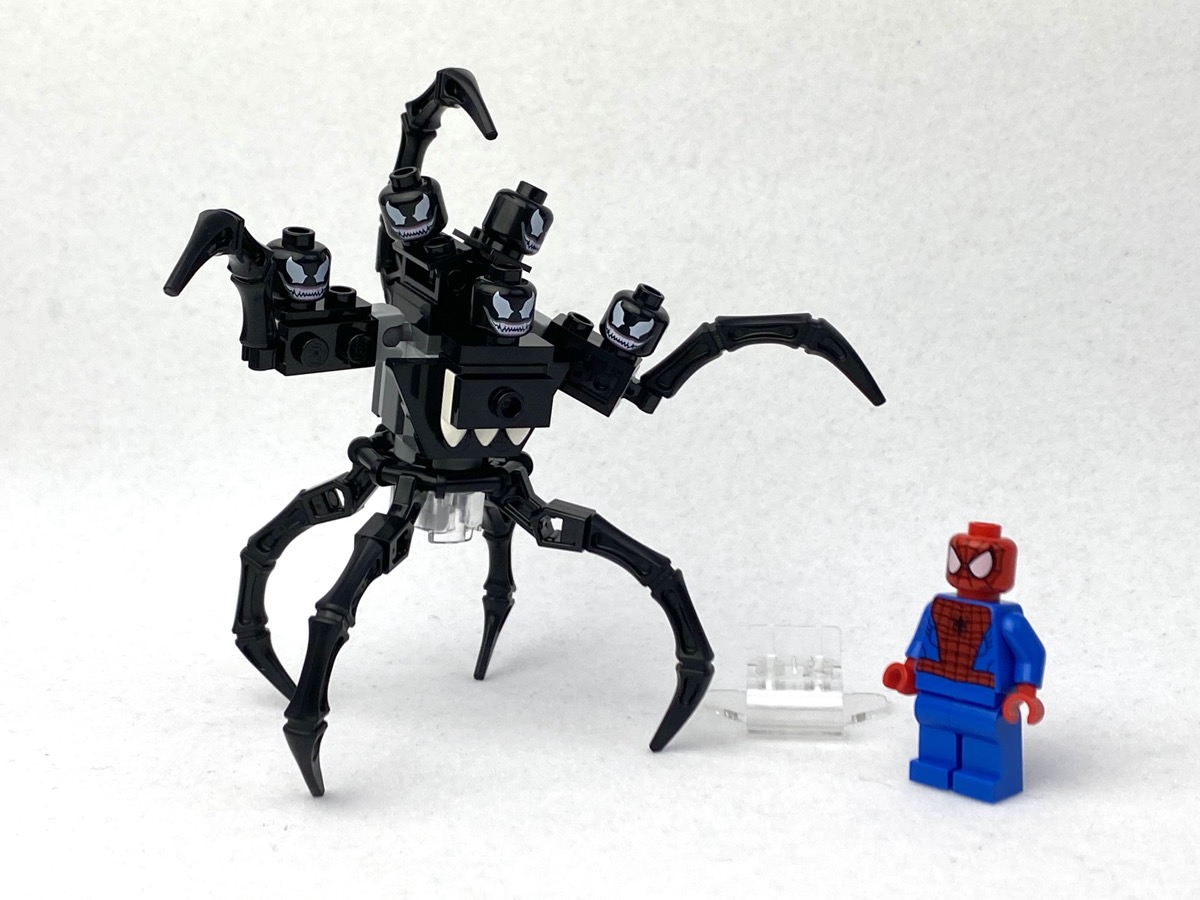 My opinions from that post hasn’t changed since I wrote my parts. Like I said in that article, this is pure nightmare fuel and honestly not something I thought LEGO would do. 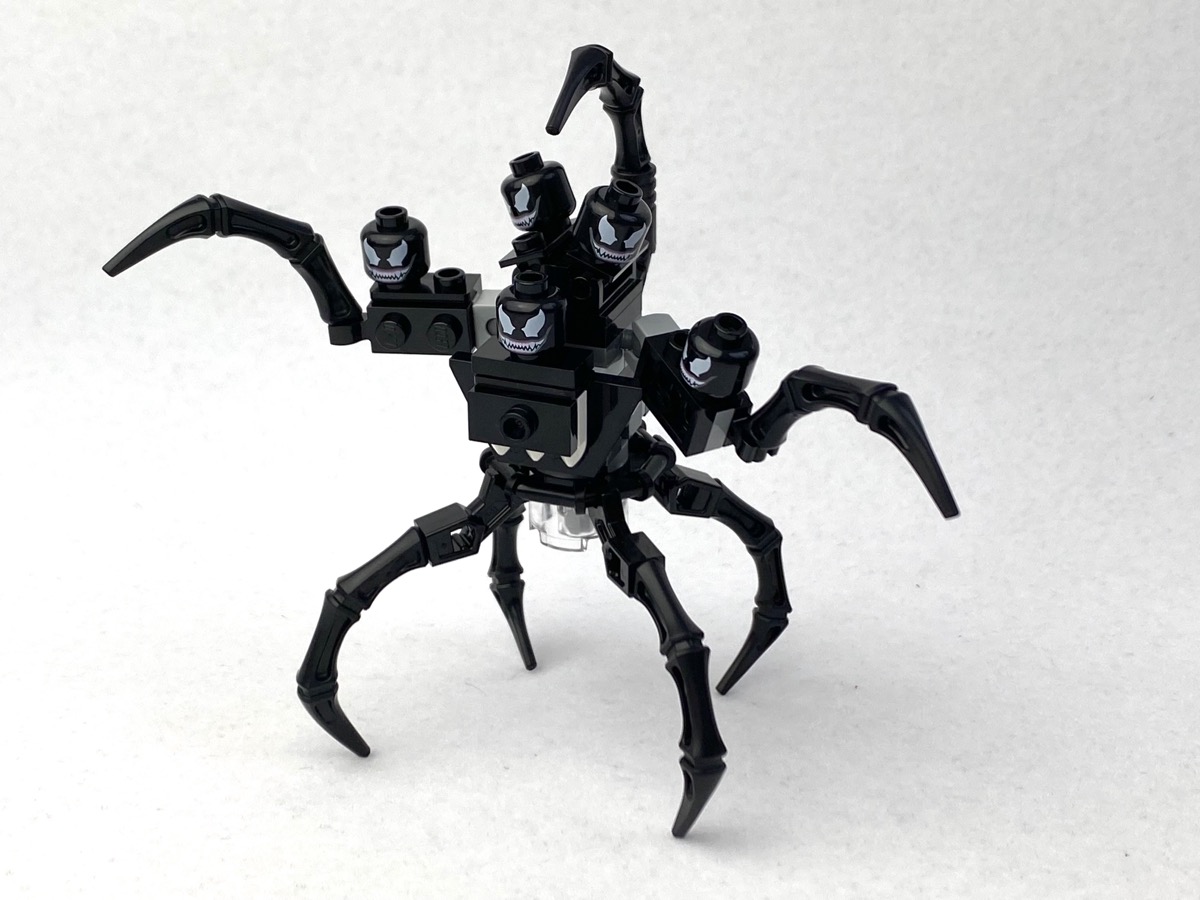 This is part Stranger Things monster, part the thing from The Thing, and part the last stand of the T-1000 before being blown away into the molten metal pool. The multiple heads is creepy. Add to that the creepy grin with the creepy eyes and it’s just creepy. Did I mention it’s creepy? 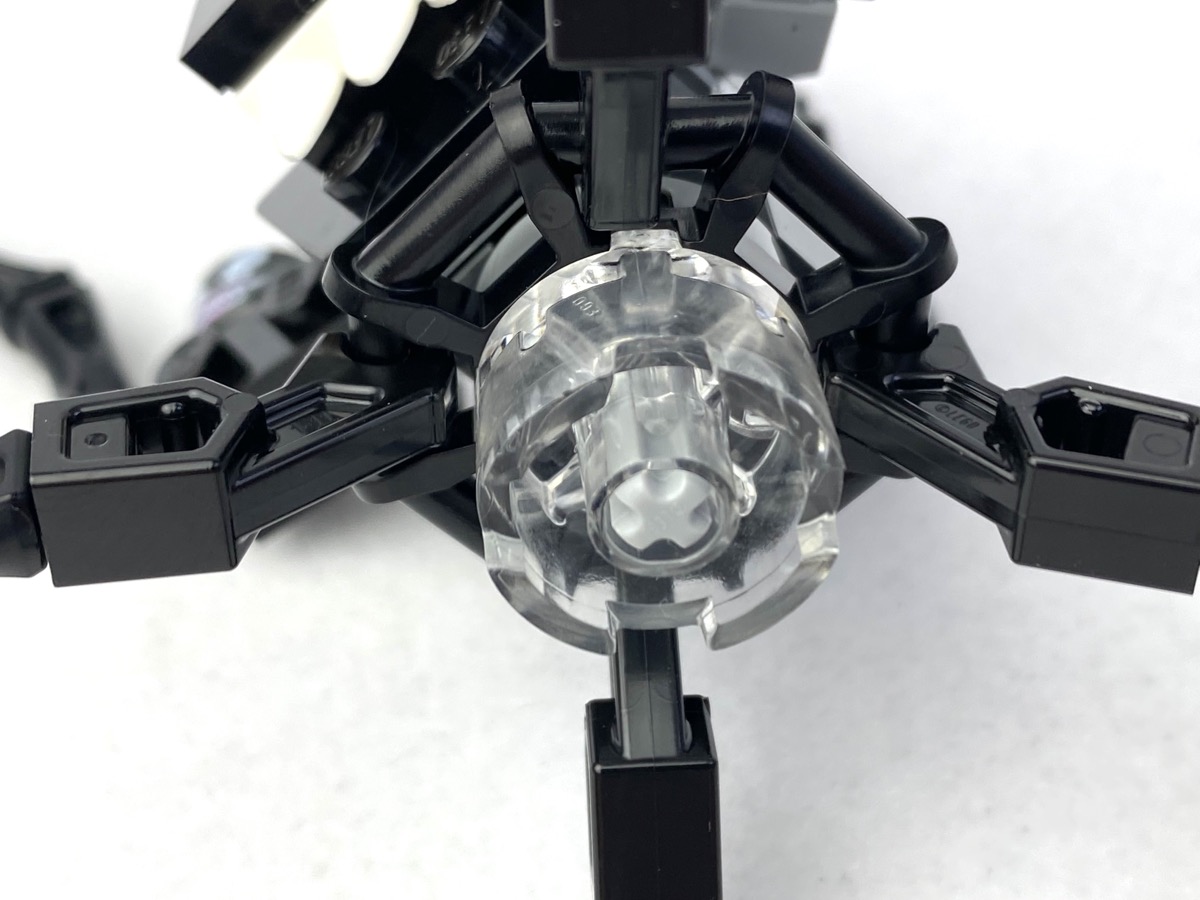 There’s a trans-clear 2×2 round brick on the bottom of the symbiote. Usually when that piece is there, it’s to act as a stand. It’s a cheat for when the model is too heavy and needs to rest on the body but still appear to be standing. The legs on 30448 are pretty strong though and with four of them the weight is spread out enough that I don’t have any concerns of sag or weakening. 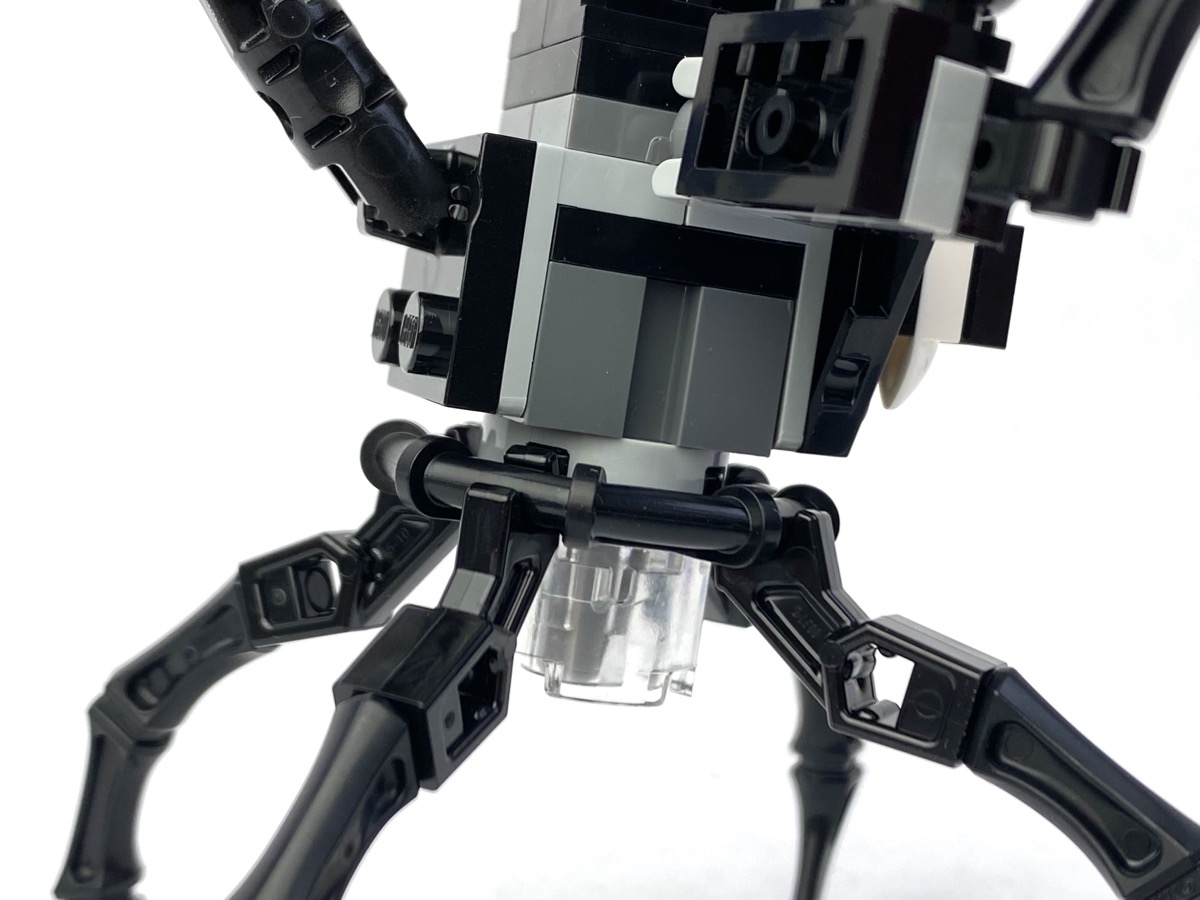 But in this instance, that 2×2 round brick does double duty to provide structural strength. There’s a Technic axle that runs up from that round brick all the way through the 2×2 brick with grooves. There’s nothing worse than having a model or part of a model fall apart in the middle or some point of weakness. This kept happening on a polybag I recently reviewed, I just can’t remember which one it was at the moment. But that Technic axle at the core of the symbiote address that weakness. I can pose the legs any which way, the arms, the heads on the hinge bricks, and the whole body stays together. 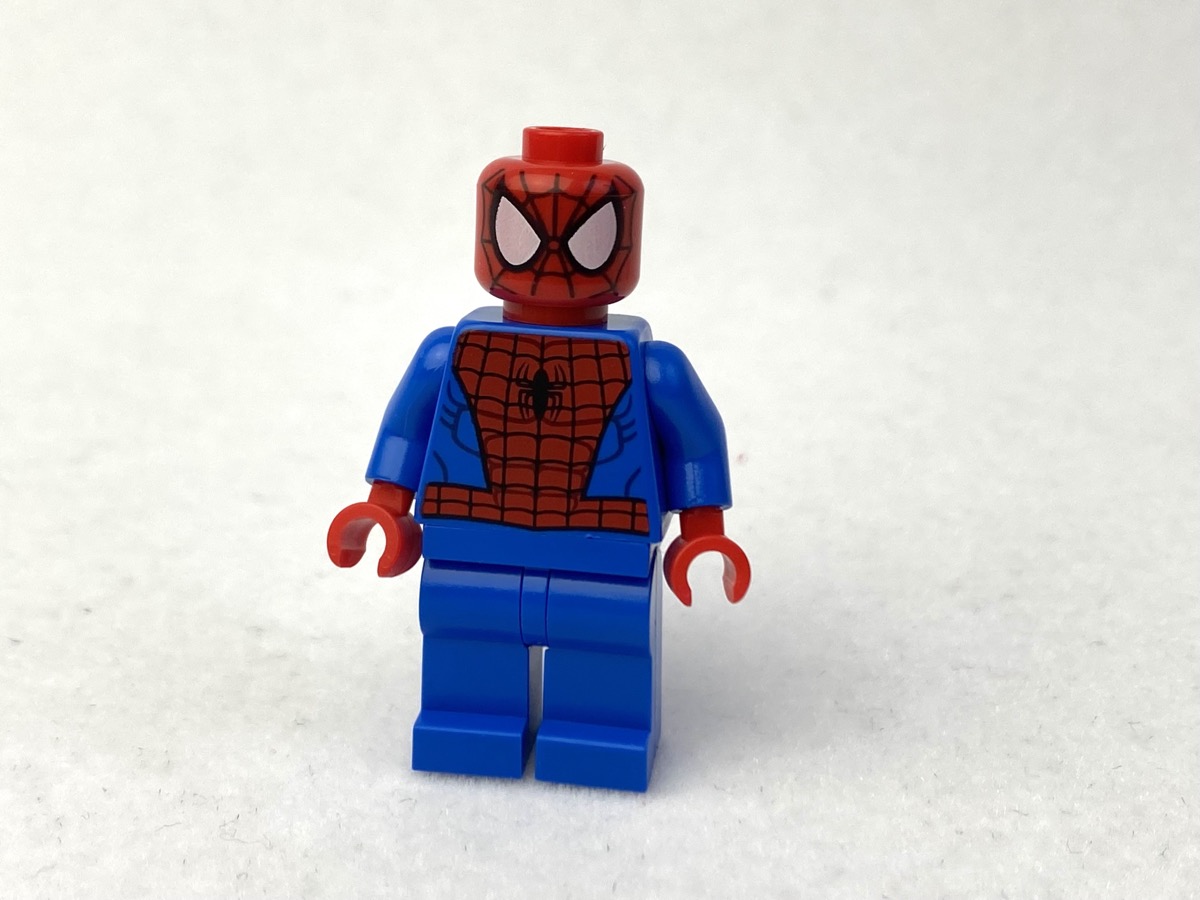 Spider-Man isn’t anything new or remarkable appearing in 14 sets total. The leg-breaking super jumper element is included and I don’t say that euphimistically. These things really do break the legs. 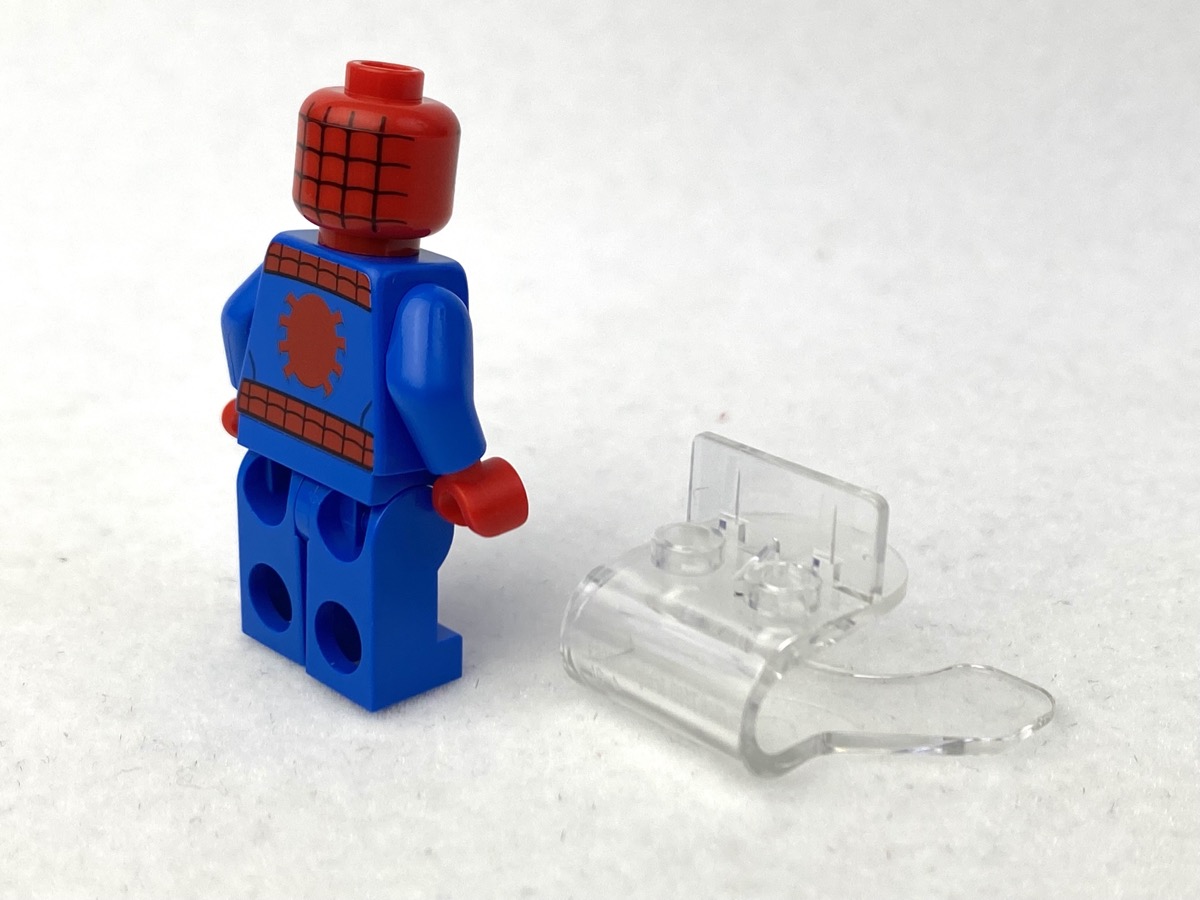 I wish that instead of the super jumper element, LEGO included some webbing elements instead. A rope, a giant web, something, anything, but I guess at the time this was released, LEGO had to push the super jumper gimmick over everything else.

This set rocks! As creepy as it is, it’s awesome. I’d hate for this thing to chase me down the streets of New York, but that’s why Spider-Man is there to fight it off.