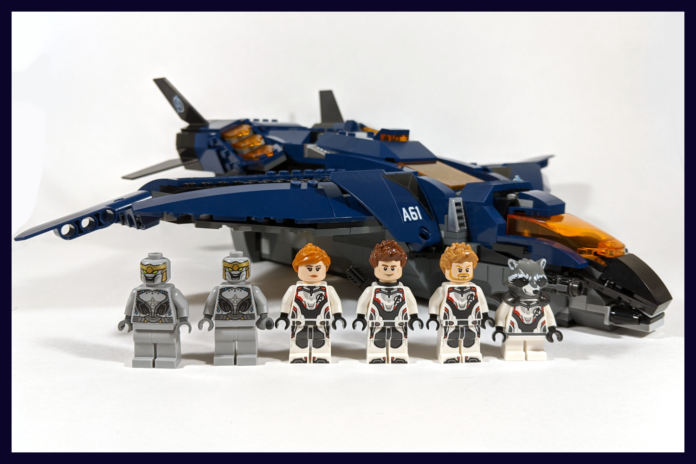 The Quinjet is a super weird plane. Probably not the best way to describe the ship I will be writing about for the next few hundred words, but it was all I could think while building this set. Kinda shapeless and not particularly pretty, it sums up the early Marvel and Avengers years perfectly, before it got replaced with more eye-catching ships, like the Melano and those weird ring things that Thanosâ€™ folks pilot.

Side note: if youâ€™re like me and wanted to see a list of aircraft and spacecraft from the Marvel movies, donâ€™t search â€œAvengers shipsâ€. I didnâ€™t get any pictures of the Quinjet, but I sure did learn that Tony Stark is apparently hooking up with everybody. Everybody. 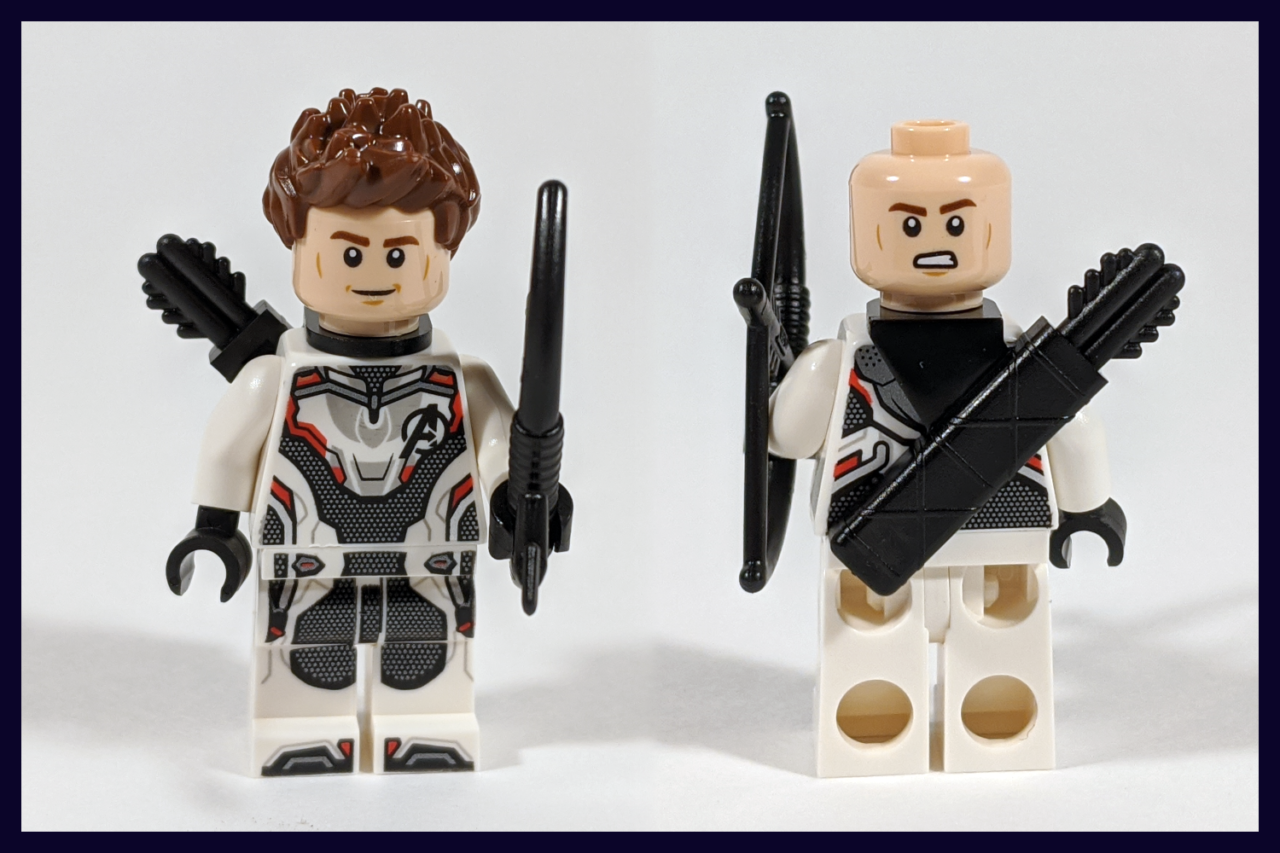 We get six figures in this set, and we start out building Clint, or Hawkeye, the name I donâ€™t think heâ€™s ever called by in the movies. Lego does this funny thing with some of their minifiguresâ€™ faces, which is to not have them look anything like the actor. Jeremy Renner has pretty distinctive facial features, and a mohawk in the movie. This guys looks like some random dude I bumped into at the archery range.Â 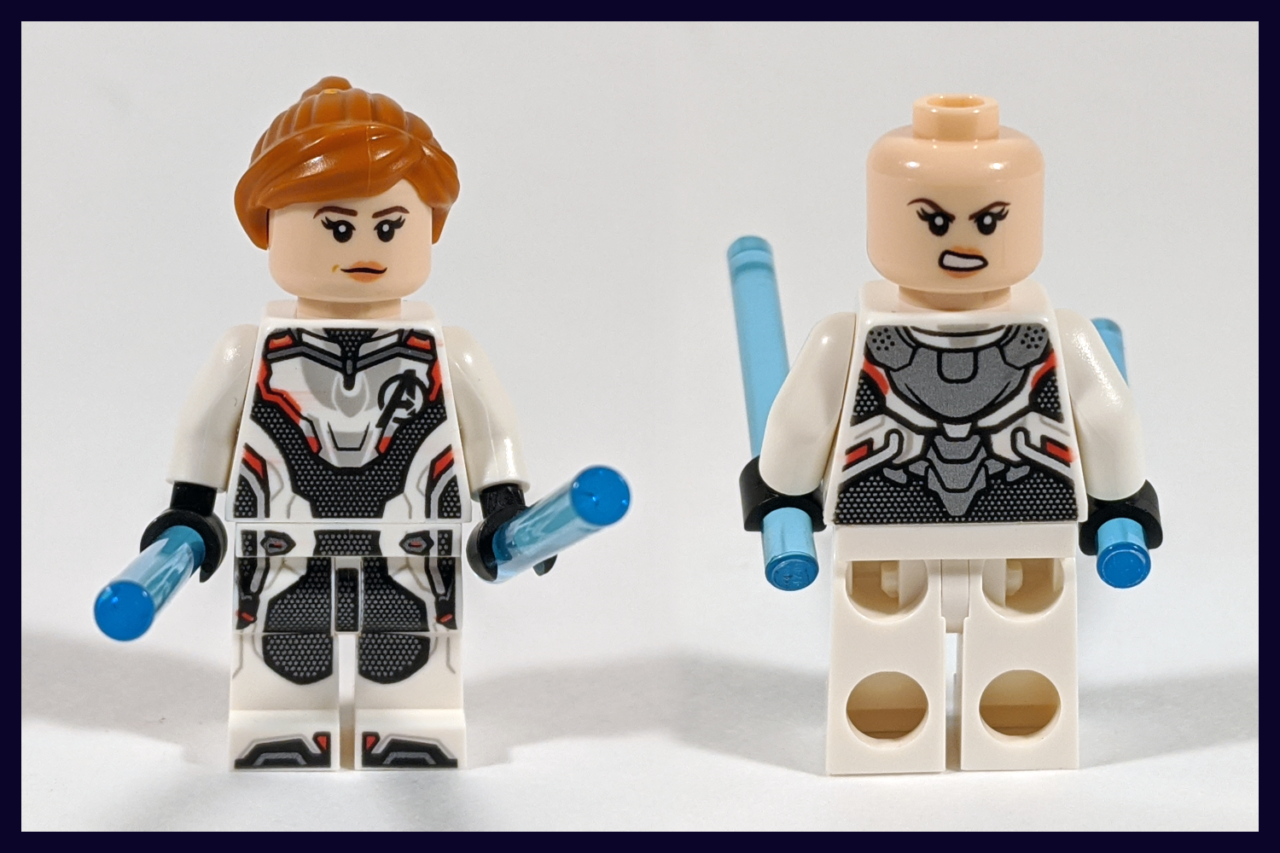 But it doesnâ€™t stop with Clint (Hawkeye, remember?). We also have Natasha – also never referred to as Black Widow – with an equally generic face and two trans-blue poles which I guess are these things. The funny thing is, because of the accessories, both she and Clint are immediately recognizable, but not because of their faces, just their weapons. Maybe thatâ€™s just how Lego minifigures works. 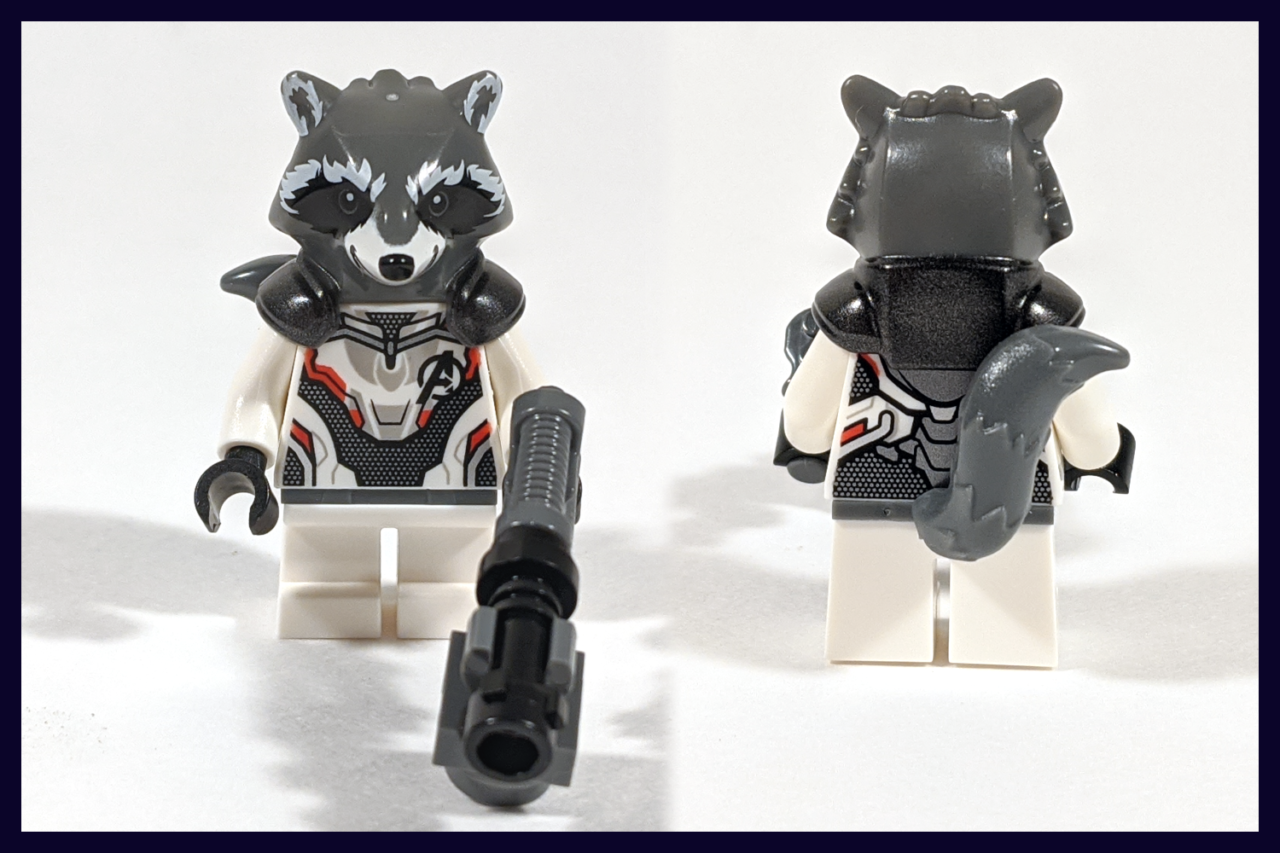 Rocket also comes along for the ride, sporting a horribly oversized brick-built gun. Iâ€™ve expressed my hatred for these guns before, and Iâ€™m glad to see that apparently my review changed absolutely nothing. Rocket has the same head and tail heâ€™s been having since 2014, and thatâ€™s okay. No need to change it up. 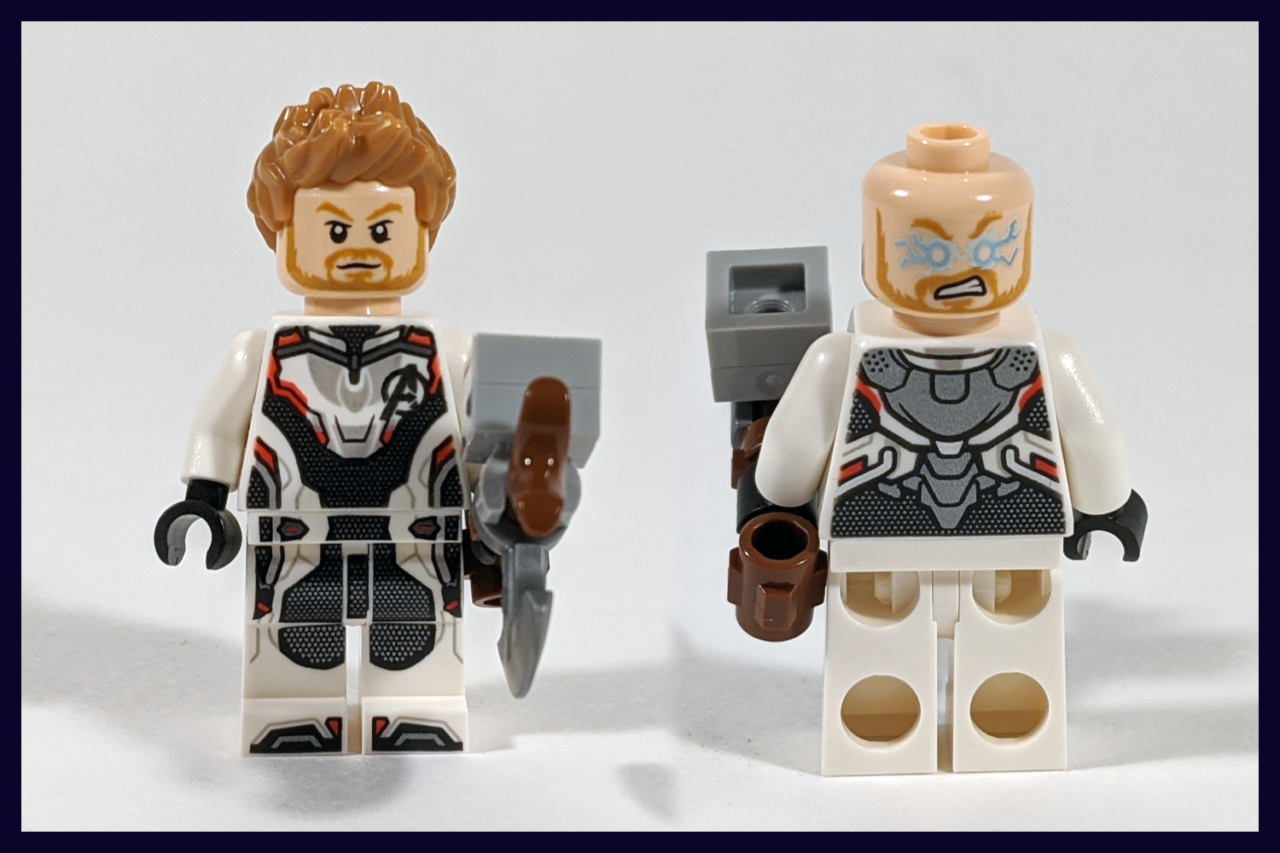 And, we have the Thor that doesnâ€™t exist. You can tell that Marvel really wanted to keep â€œfat Thorâ€ under wraps, going so far as to make concept art of fit Thor in his time travel suit. We also get the same hair as Clint (Hawkeye), which Iâ€™m now realizing is the default hair for â€œwhite guy with gel in his hairâ€. Then I also realized that it would be my hair if I was a minifig. Anyway, thereâ€™s Thor. All of the four Avengerites have the exact same torso and leg printing, and I donâ€™t really mind. The suits in the movie were largely identical. Although I would have liked seeing the Ant-man helmet included with these figures. I guess Rocketâ€™s wouldnâ€™t have fit though, would it? 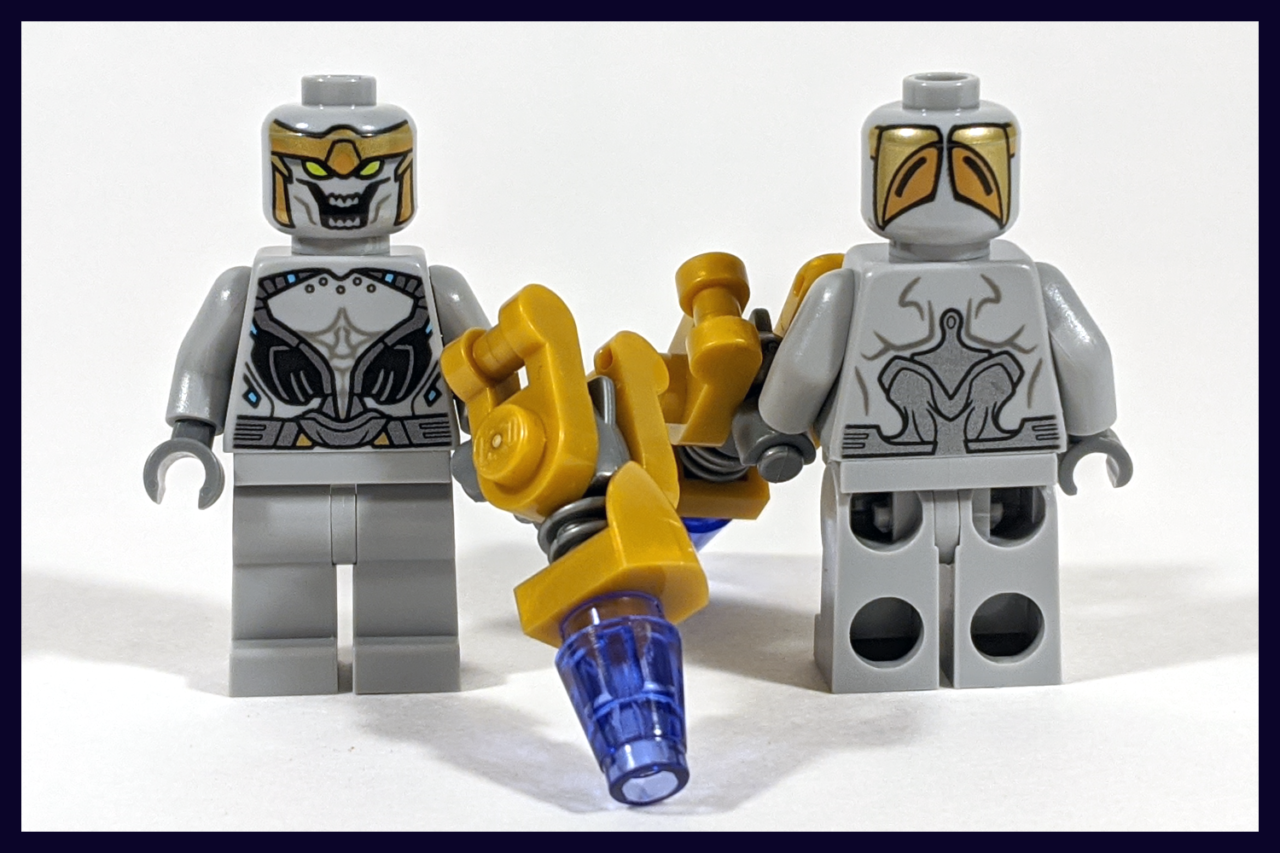 Two Chitauri are included as well, sporting a much more cartoony vibe than their original appearance back in 2012. Iâ€™d almost forgotten these guys were in Endgame, to be honest. 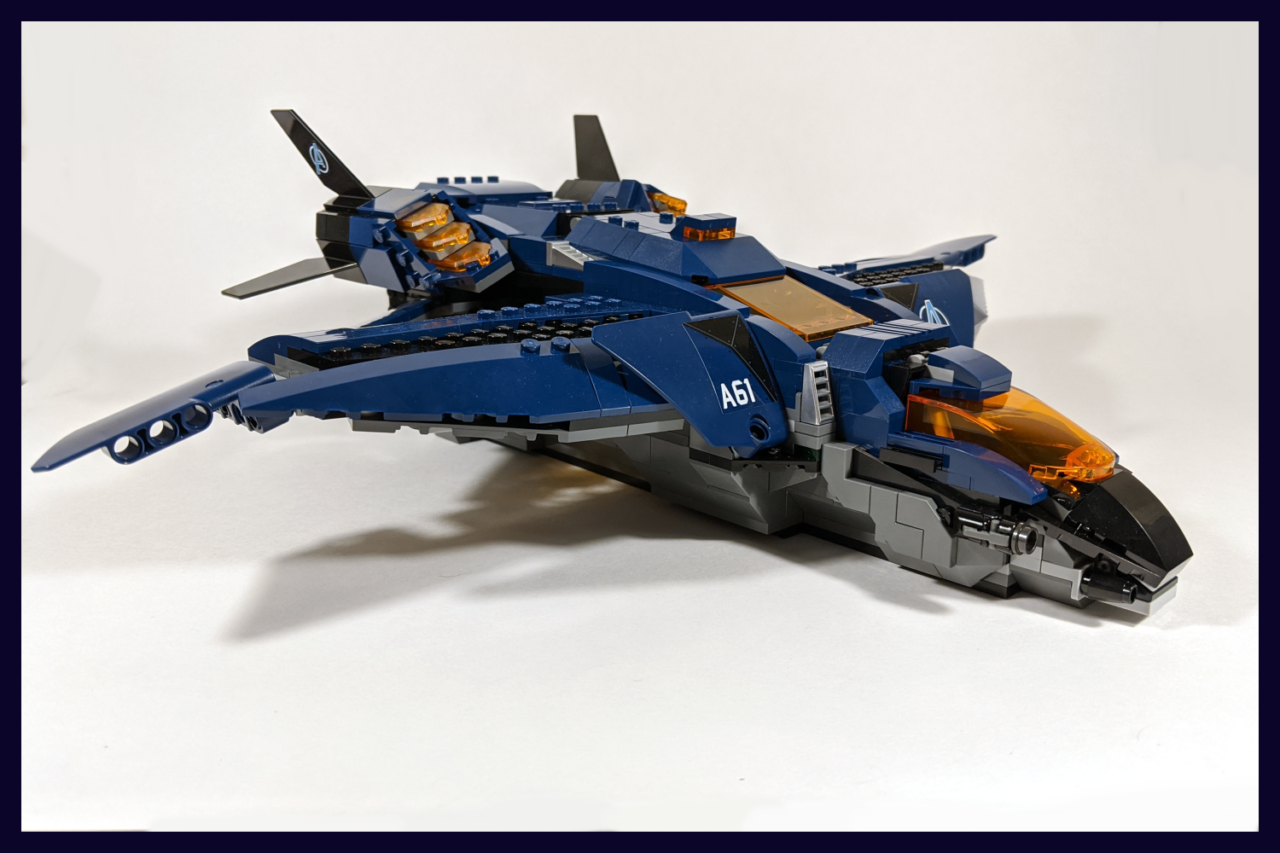 So! Now to the main event – the Quinjet itself. The first thing that struck me when I finished building was the size. This thing is substantial. Not only in its wingspan, but its bulk as well. I was also impressed by how many little details, cool building techniques, and little play features Lego managed to squeeze in here. 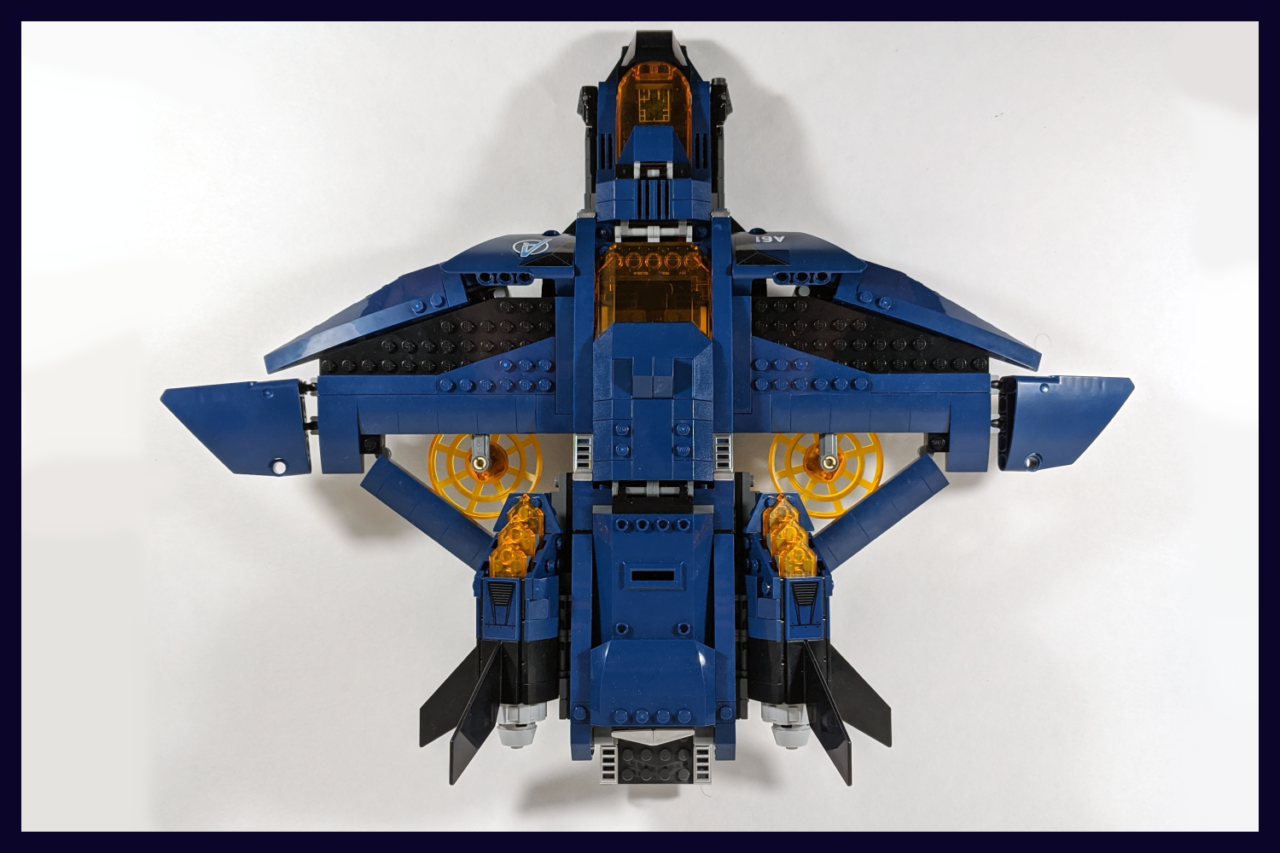 The overall shape of this weird diamond plane is done pretty well. By far better than the other two iterations. 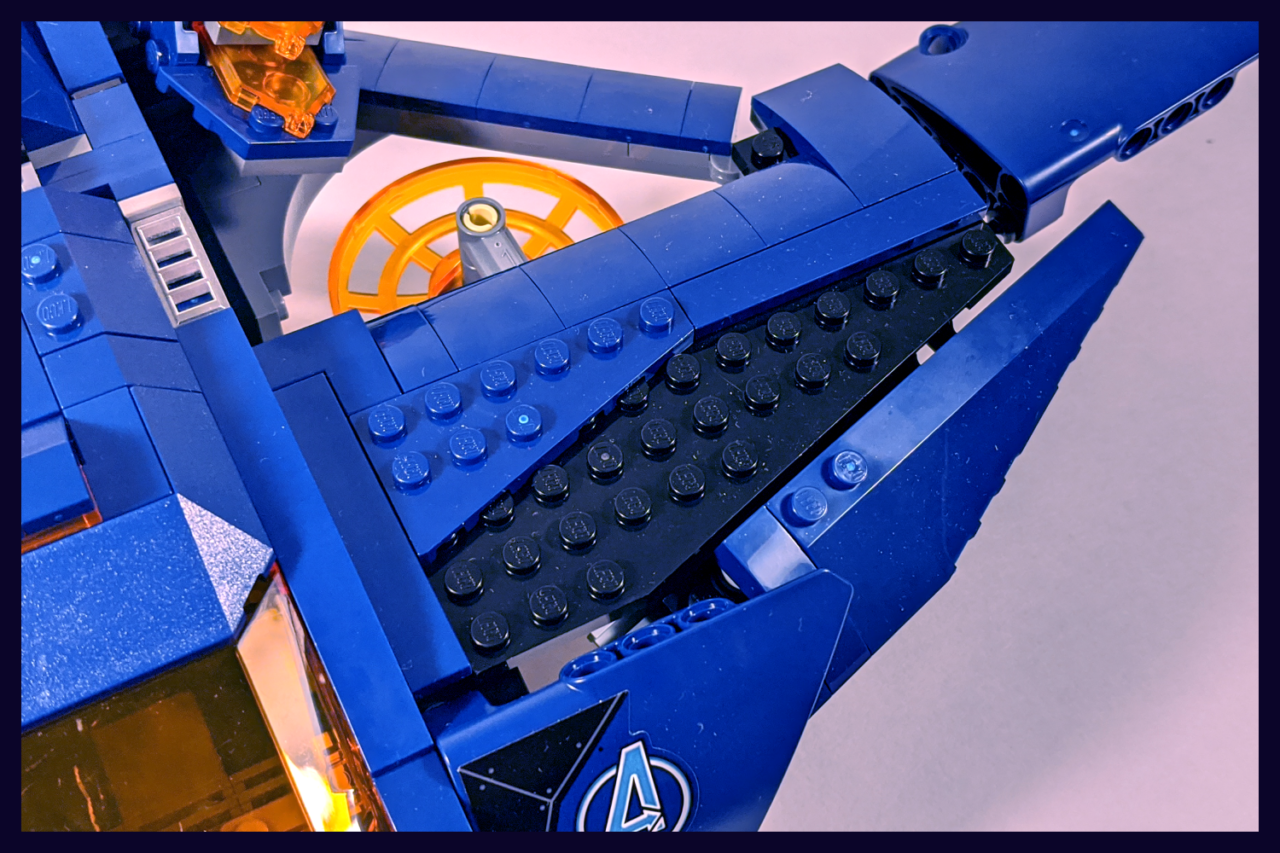 The shaping on the wings in particular is great, with hinges and ball joints used to get that specific shaping. It may have a bunch of holes and gaps everywhere, but I still like it. 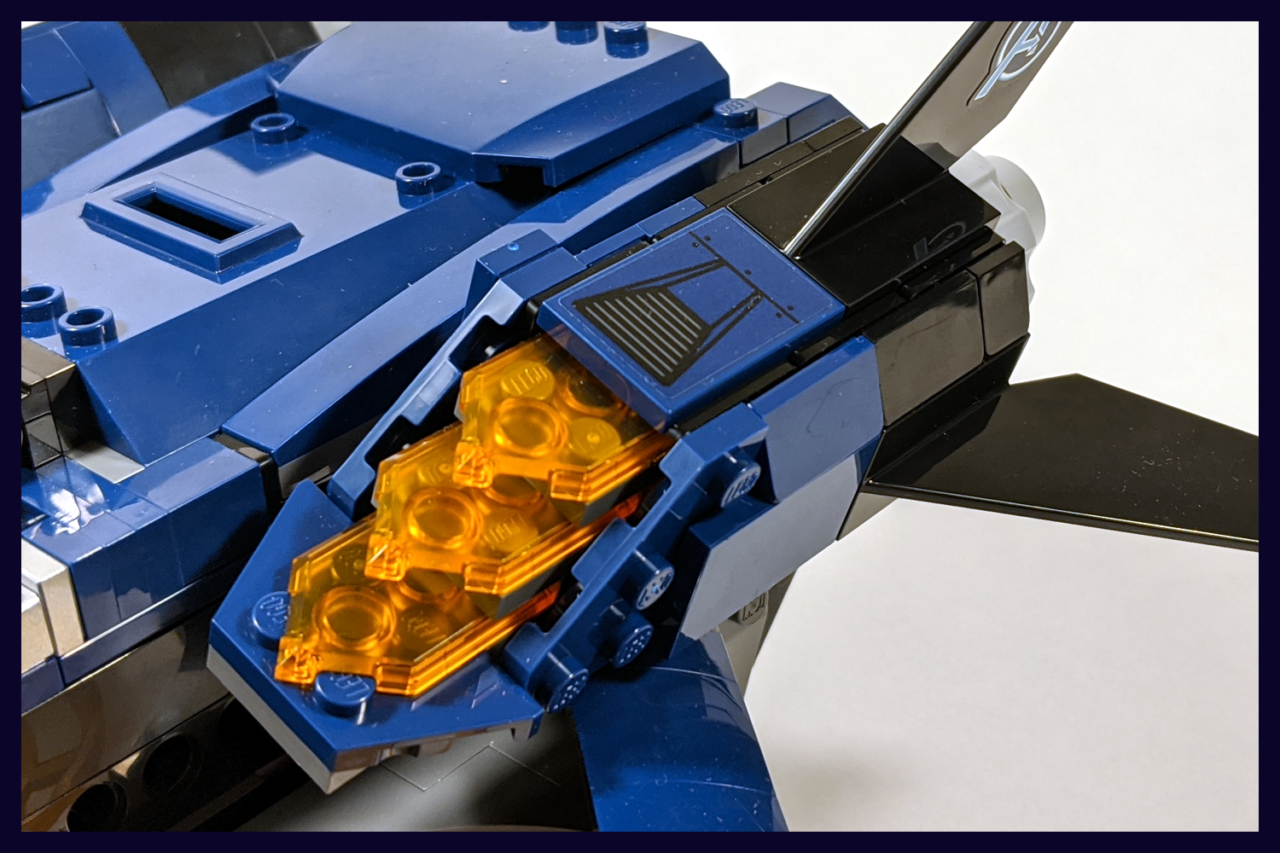 These little engines on the back are also great little builds. Those staggered trans-orange pieces are fan-tast-ic. Seriously. I usually take a few years between building Lego sets, and Iâ€™m always impressed by how many new techniques are added each year. Itâ€™s a type of innovation that Iâ€™m not sure youâ€™d get with any other toy company. 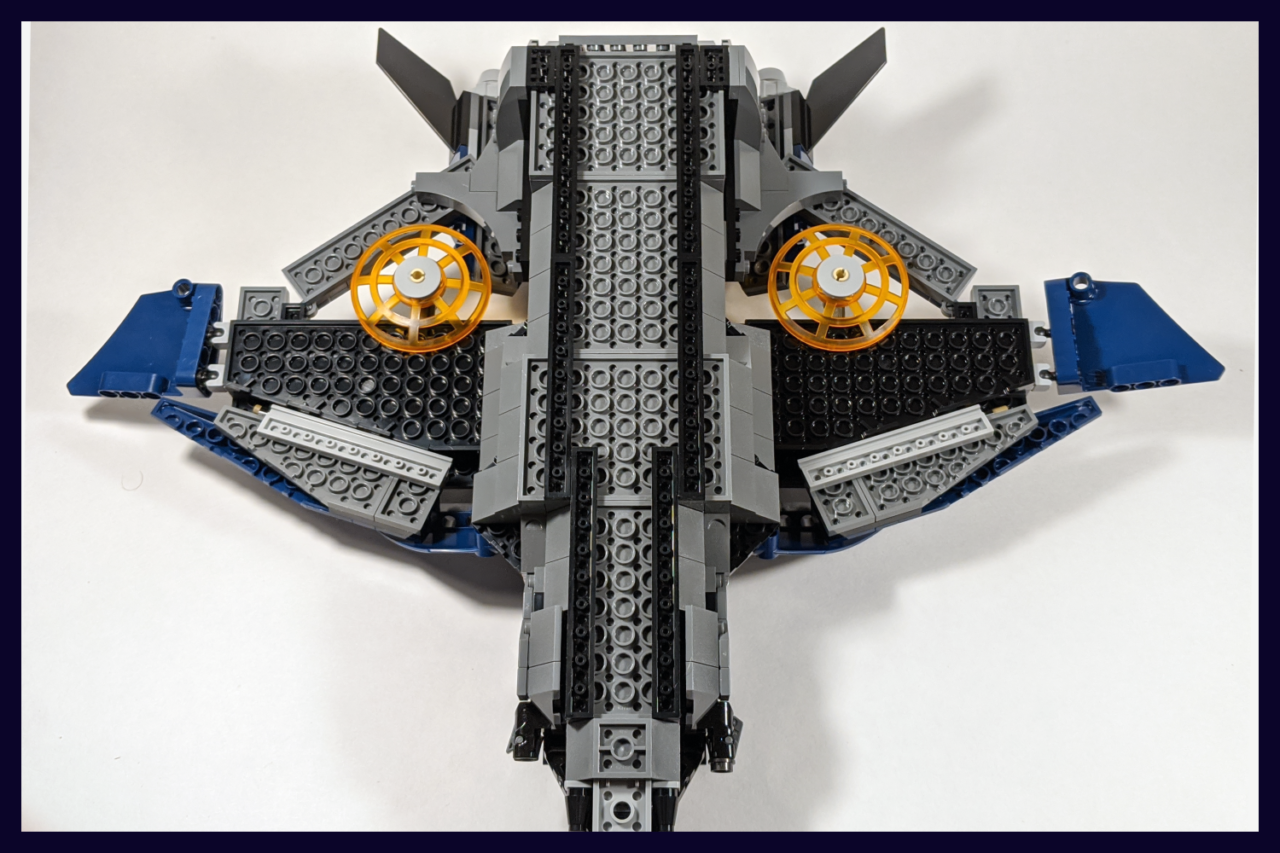 The bottom ainâ€™t much to look at. To be fair, I never really look at the bottom unless I drop the ship, and I get how difficult it is to make every surface on a model as smooth as possible. Probably would have doubled the price tag. 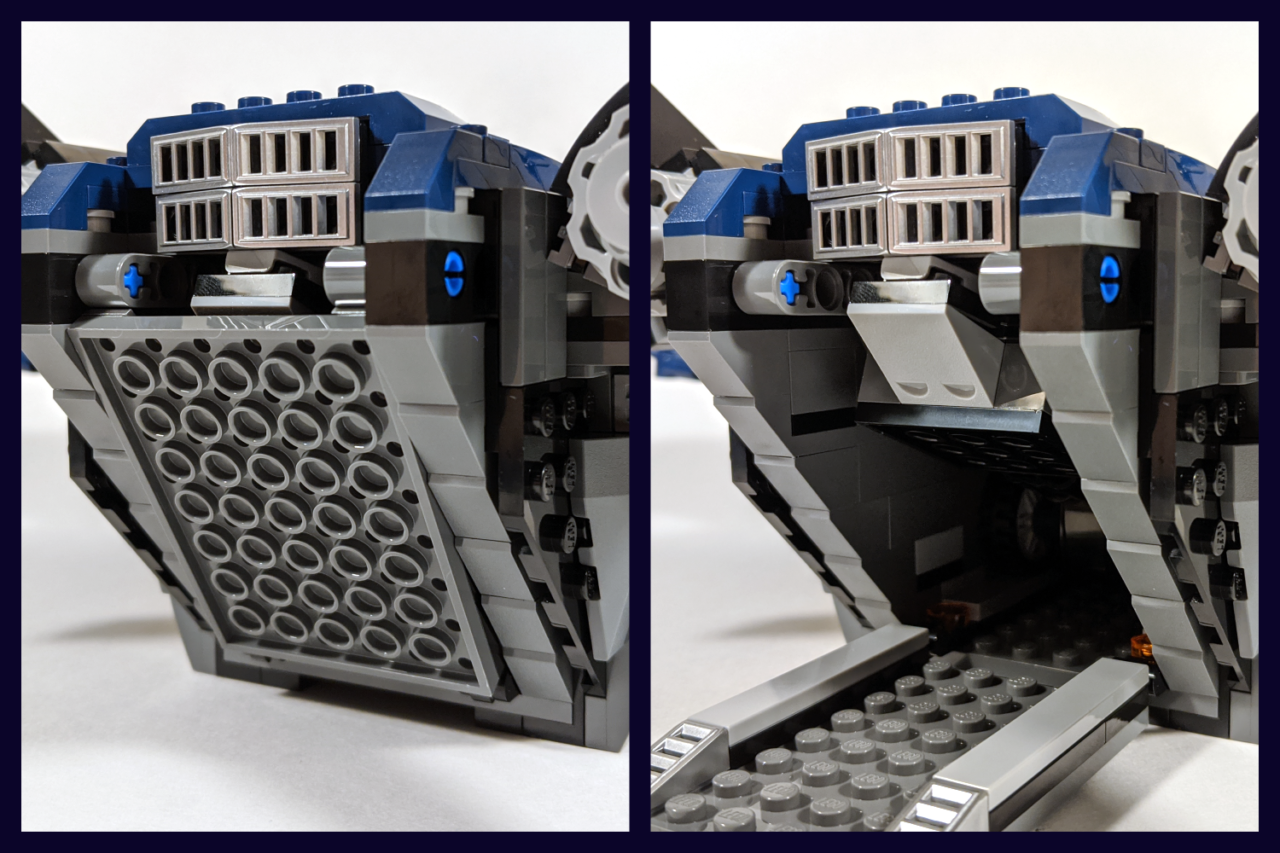 The back of the Quinjet opens with this hatch. Due to the specific joints used, the hatch is light enough to stay flush against the back of the model. I canâ€™t imagine how annoying itâ€™d be if it kept falling down, though Legoâ€™s definitely been guilty of that kind thing before. 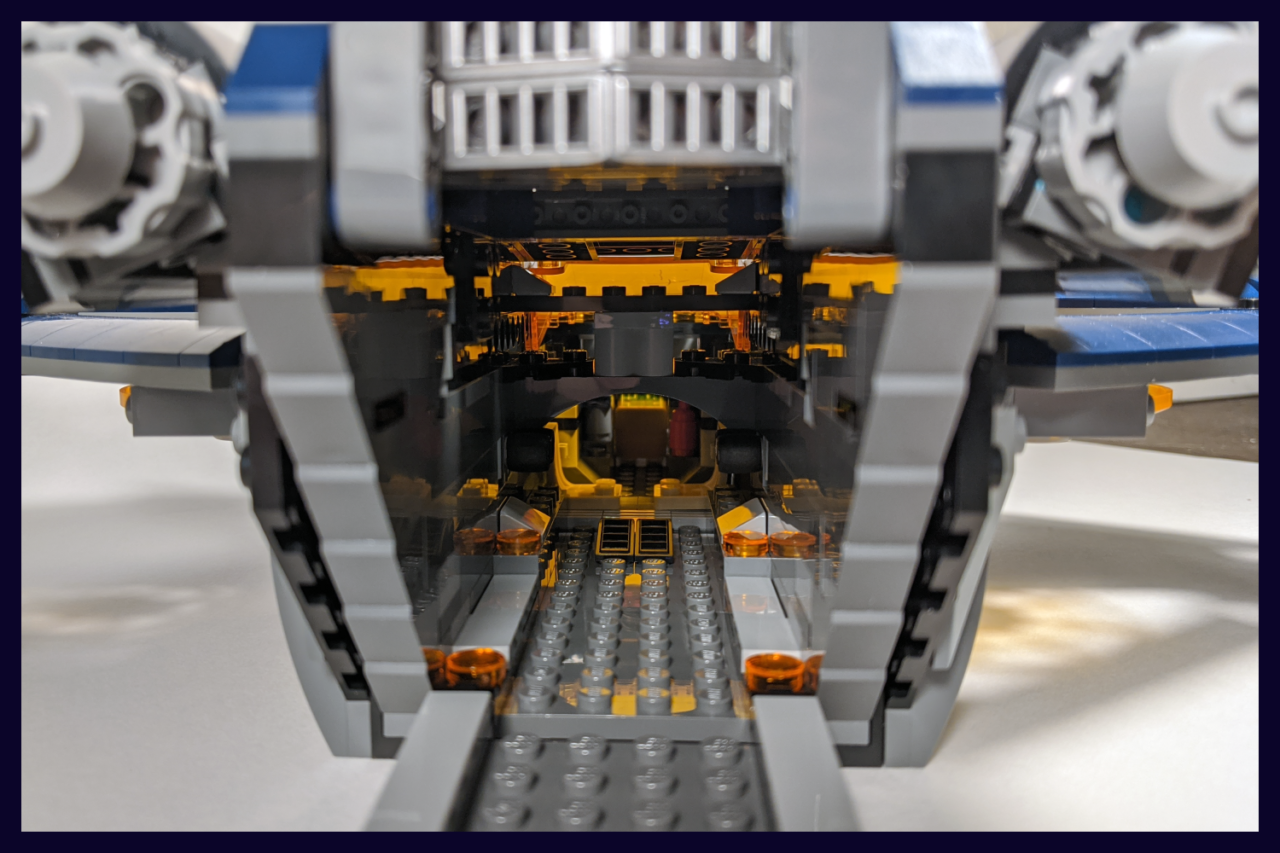 And the inside is quite nice, though a bit difficult for someone like me, with large adult fingers, to get inside there. Luckily, Legoâ€™s provided a way around that. 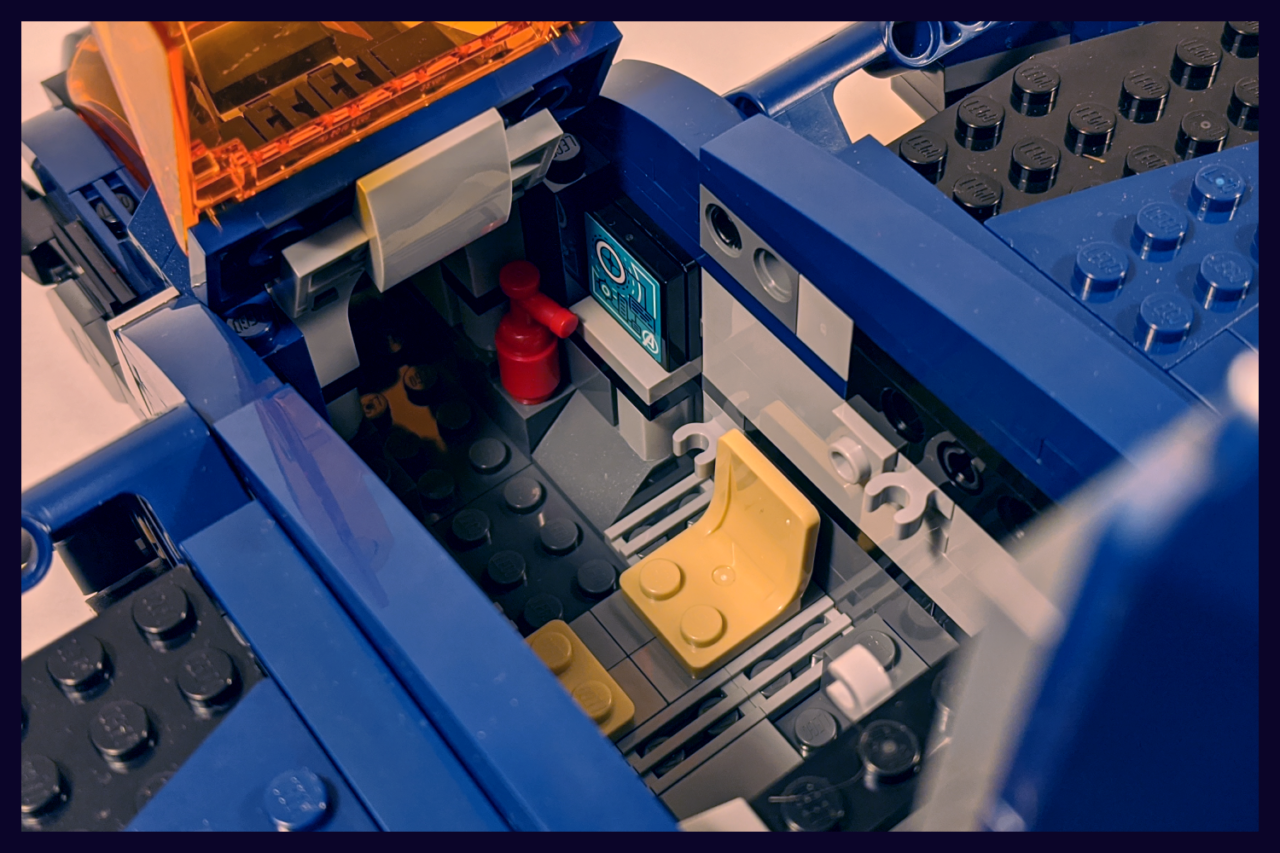 The middle cockpit window on the Quinjet opens up, allowing easy access to placing minifigs. I guess those clips there are for accessories? I didnâ€™t realize that until just now. 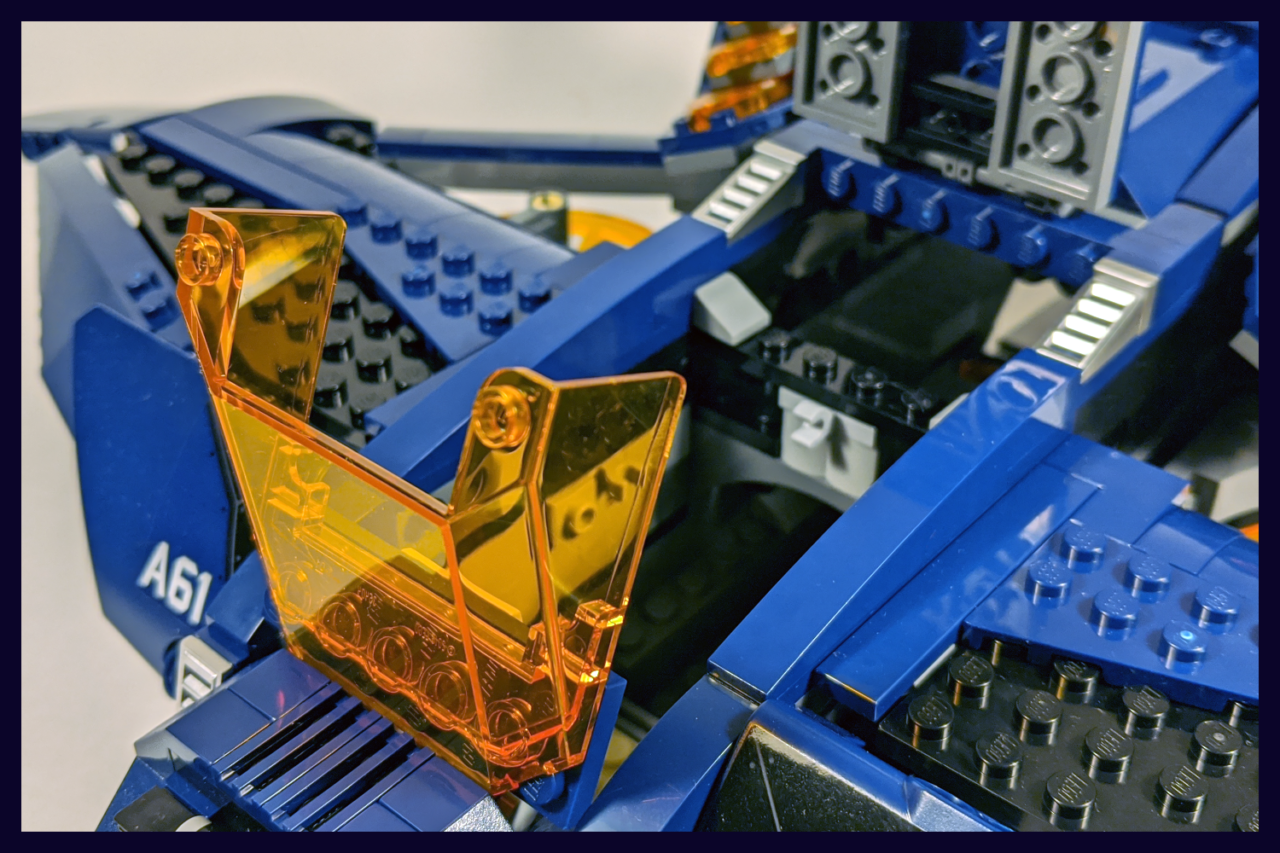 And it opens with these two panels. Seriously easy access. 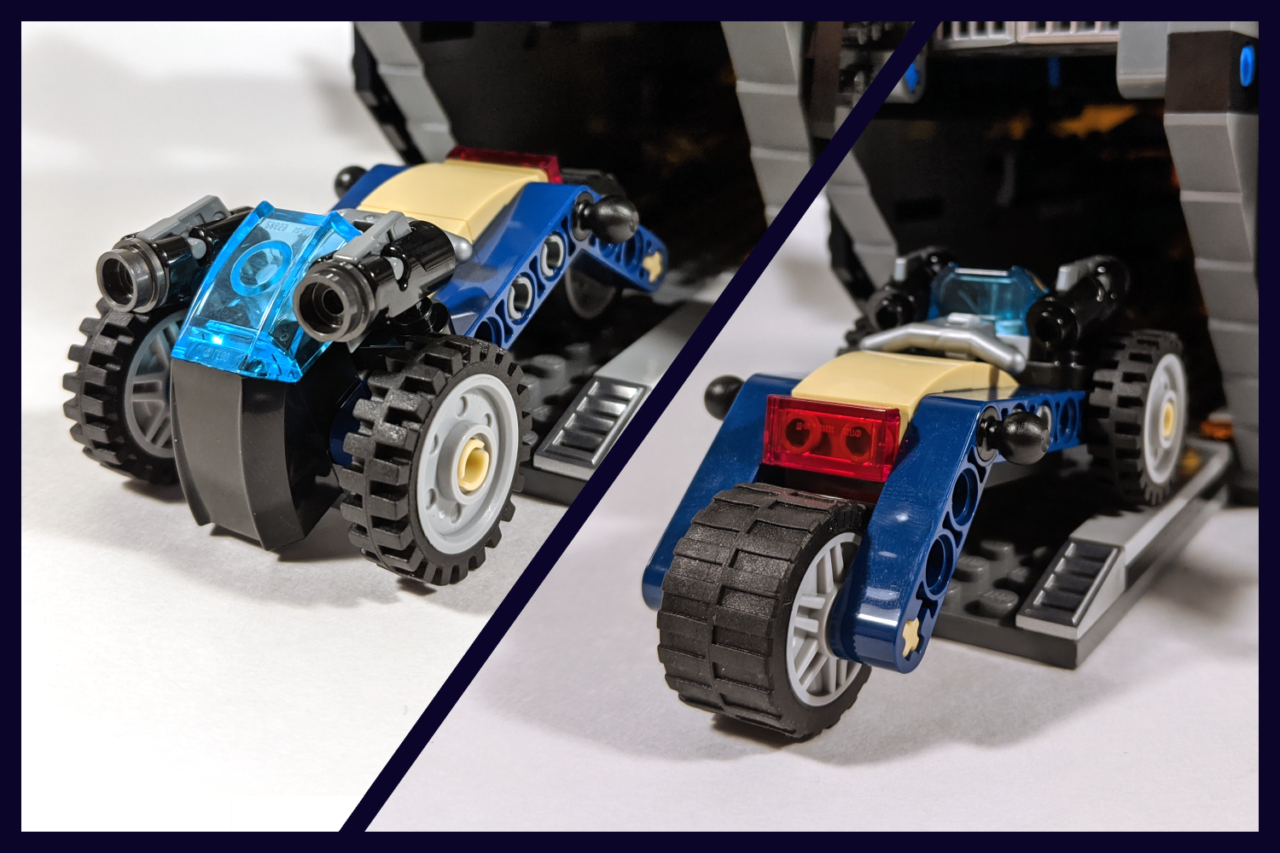 Thereâ€™s this little motorcycle included in the set, which definitely wasnâ€™t in the movie, and it fits snugly back there. Just make sure to put it in the right way (single wheel in first), or it can get stuck, and I have to break some pieces off to get it back out. 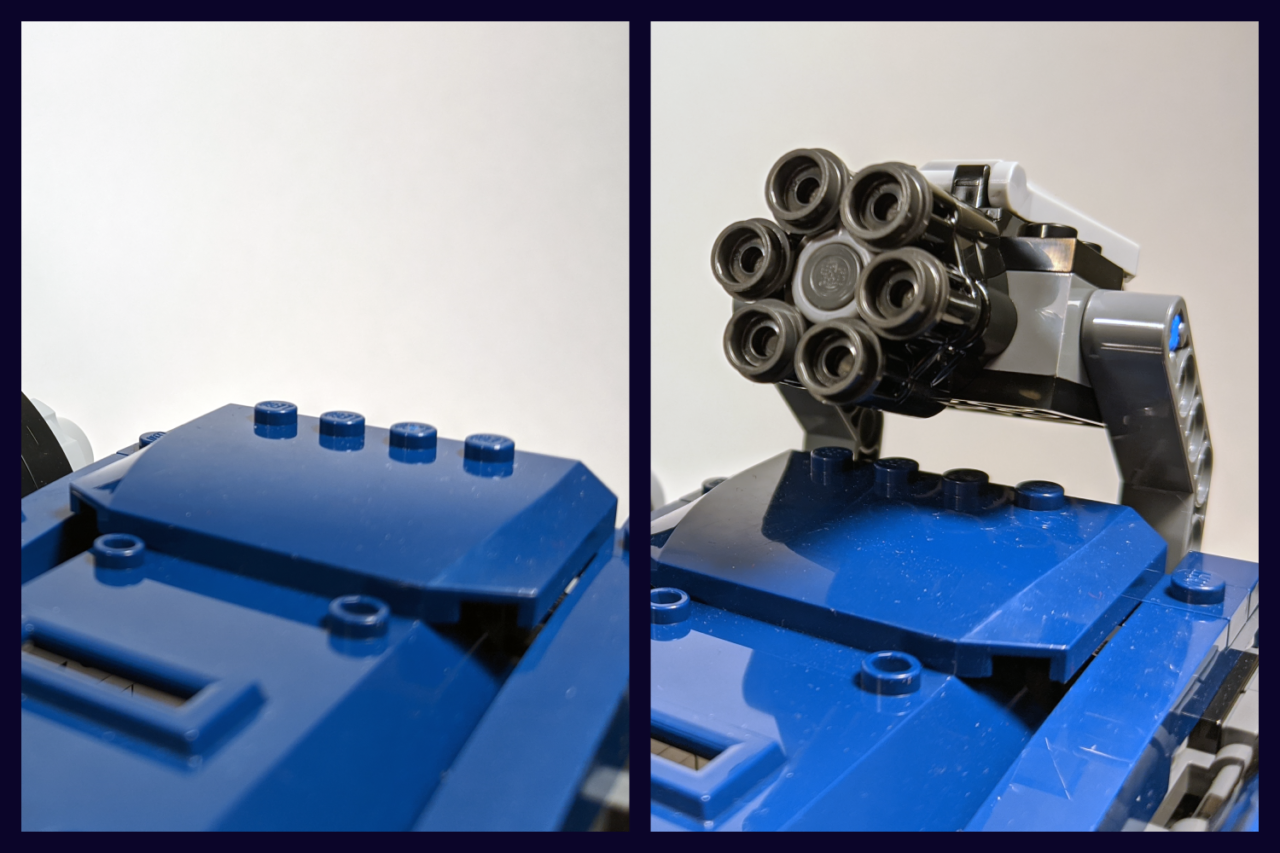 Thereâ€™s this gatling gun in the back, that can hinge in to secure the motorcycle in. Again, the compactness of all these little details are great. 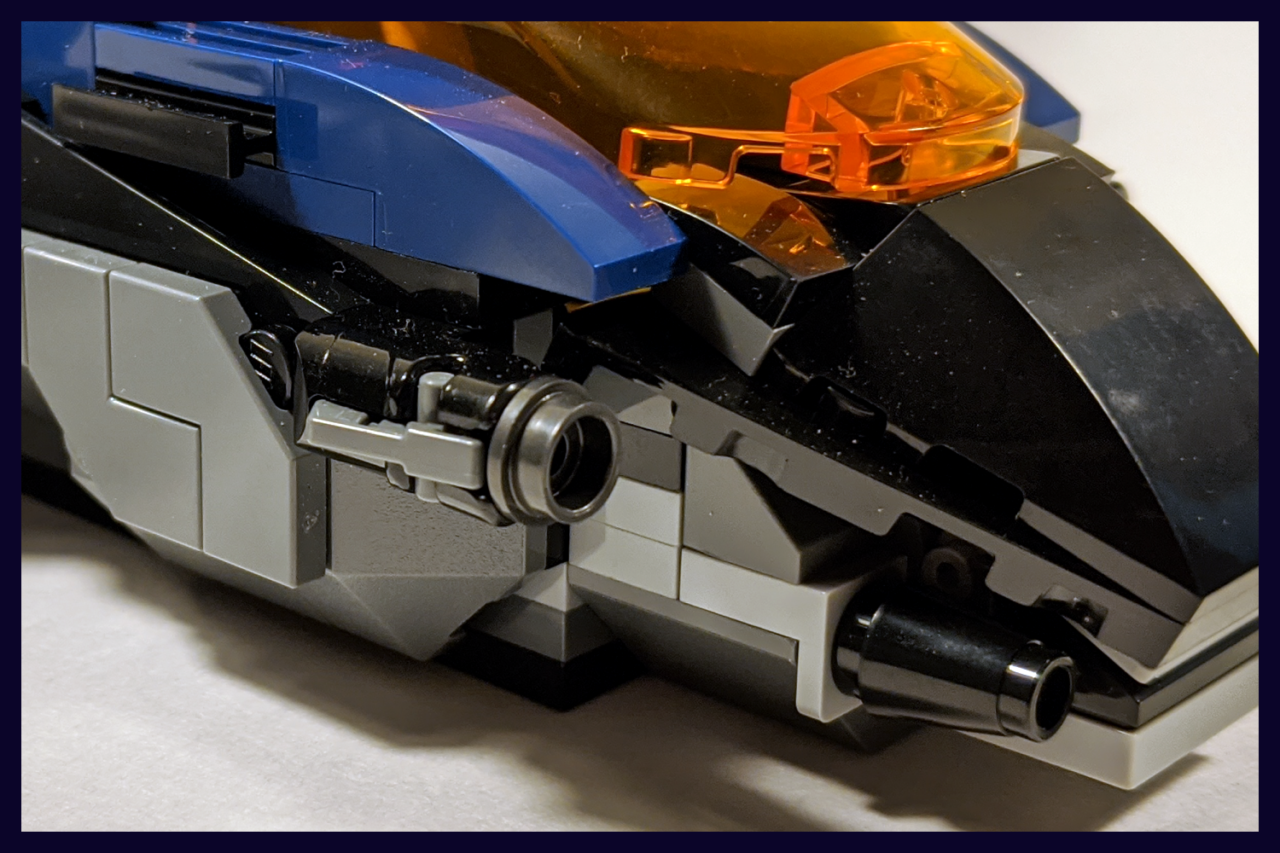 Lego loves these new shooters, and at least theyâ€™re better than flick-fires, but I tend to just lose the studs. We get two on the front, six on the gatling gun, and two on the bike. 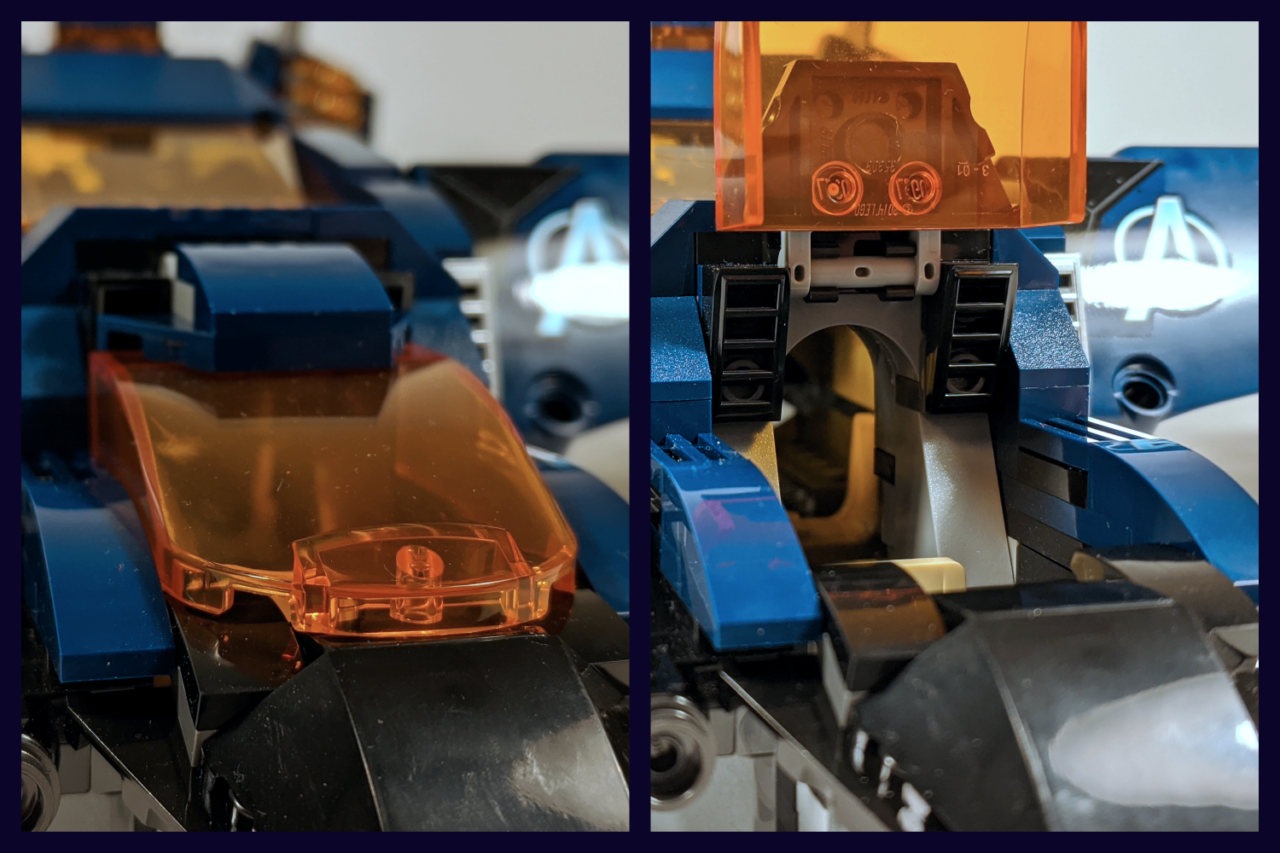 And to wrap it up, the front hatch opens, unsurprisingly. Pop a little figure in there and youâ€™re good to go.

Honestly, itâ€™s a fine build, and one of the rare instances where I like the ship better than the figures. The MSRP is $80.00, which I don’t think is too bad for a set of this size and quality. I give it a solid 4/5.

Grab It on Amazon

Right now, the setâ€™s actually on sale for $63.99 (20% off!), so if you like this set, go ahead and grab it. Thereâ€™s no telling how long itâ€™ll last. And if you buy it after clicking that link, FBTB will earn a few pennies.

Send an email with the subject line QUINJET along with all the right details based on the giveaway rules to giveaways@fbtb.net. Youâ€™ve got until 11:59 on Sunday night, May 17th, 2010. Weâ€™ll draw the winner after that and that person will win the set used in this review.