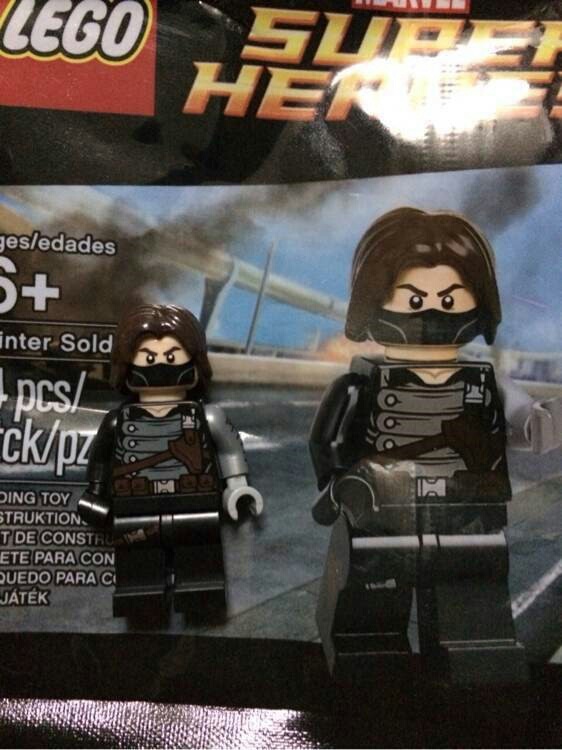 These images were emailed to me over the break and since I was on full on vacation mode, I got lazy and sort of forgot about them. This is the upcoming promotional polybag figure promoting the upcoming theatrical release of Captain America: The Winter Soldier movie. I’m kidding. I know the movie came out last year. But man, LEGO is TIMELY with their licensed tie-in’s aren’t they? I kind of thought that it might have been a cross promo for the rumored UCS Helicarrier set, but I’m pretty sure that’s coming in March (with VIP Early Access set for late December) with Winter Soldier poly on the slate for… I want to say June. Don’t quote me on that though. I’m just taking some wild guesses. Cue fake cough.

Anyways, Winter Soldier dude has what looks like a metallic silver arm. If you have an spare Chrome Stormtroopers laying around or TC-14’s, an easy parts swap should make it nice and shiny. Though, you do lose the arm printing by doing that. He also has a double-sided head with the other side having the eye mask. My guess is that he will be a free-with-purchase gift with a $75 dollar purchase. 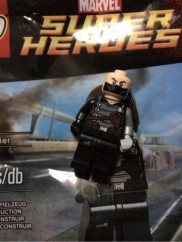 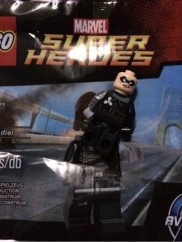