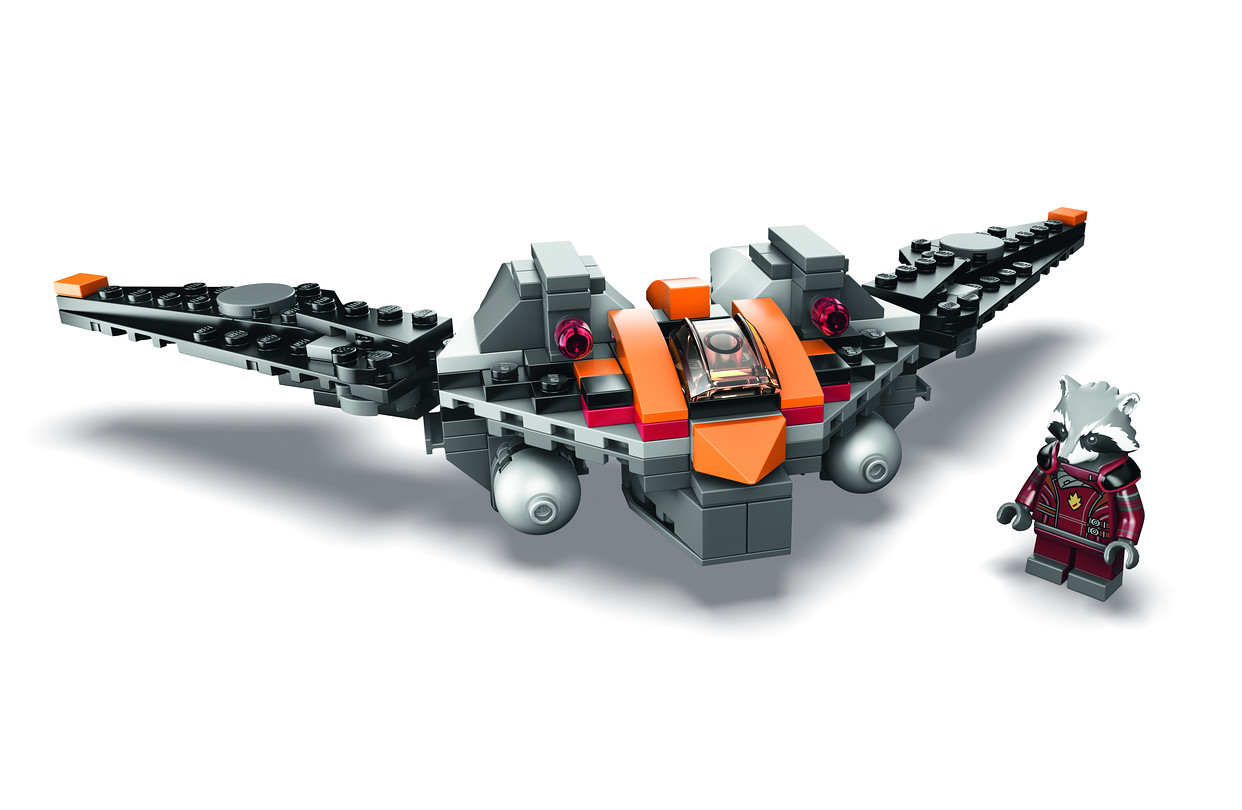 Earlier today, the Wall Street Journal revealed LEGO’s retail exclusive for the 2014 San Diego Comic Con, Rocket Raccoon’s Warbird from Guardians of the Galaxy. The set looks to be a mini version of his ship. Without seeing the back, it’s hard to tell if it’s done in the same style as the chibi-style ships like previous years’ retail exclusives (there could be a set of handlebars a la Darth Maul’s cave racer) or if it’s just a MINI ship. Rocket Raccoon does feature a new set of threads though so there’s that. The minifig giveaways, if any, have yet to be revealed.

Rocket’s Warbird has 145 pieces, a new suit for Raccoon and will cost you $39.99. Yawns are free. The 2014 San Diego Comic Con kicks off next week starting with Preview Night on Wednesday July 23rd.