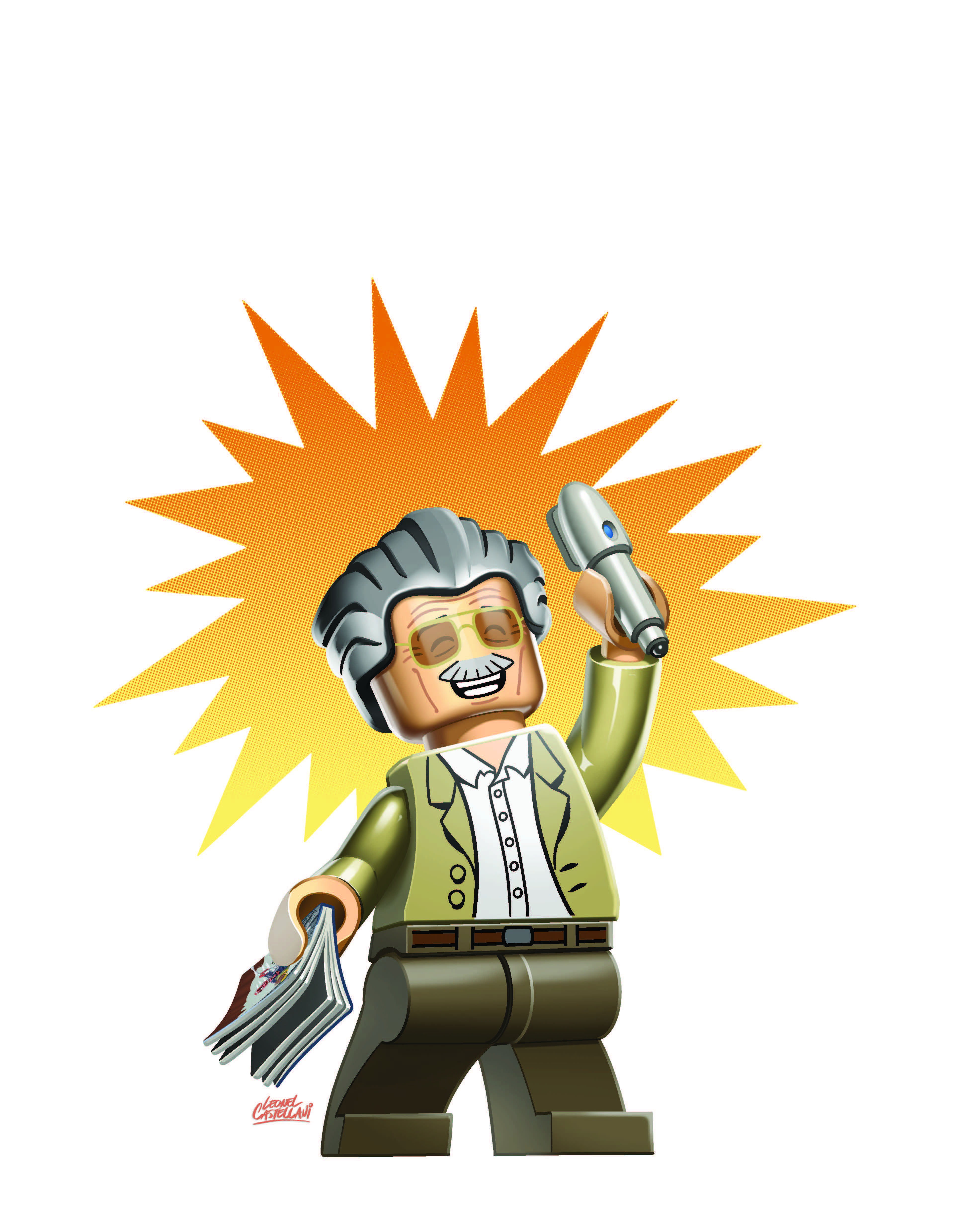 For those that don’t pay attention to comics, you may have missed the Rocket Raccoon comic given out on Free Comic Book Day to get fans excited for his first solo ongoing title, written and drawn by Scottie Young. The big news for us is that Marvel has decided to dust off the old LEGO cover concept and give us one dedicated to the man himself, Stan Lee.

A million times yes. A true oversight last year in promotion of the LEGO Marvel Superheroes game, since Stan played such a fun part in it. Luckily, Leonel Castellani has been brought back to correct this oversight. I could do with a few more of these myself (key word being “few”) and I’d love to see one as a Guardians Of The Galaxy variant with the now released full roster of figures. Here is the press release on the comic for those interested in what’s inside this one:

This July, blast off with the smallest Guardian of the Galaxy (packing the biggest gun) in ROCKET RACCOON #1 â€“ written and drawn by Eisner-award winning storyteller Skottie Young! Today, Marvel is proud to present your new look at this highly anticipated ongoing series launching ahead of one of the biggest movies of the Summer!

As defenders of the cosmos go, Rocket Raccoon has faced his fair share of battles. Heâ€™s been a hero to the weak, a champion of the good, and a protector the innocent. Not to mention a heartthrob to many intergalactic species across the galaxy. But is he ready to beâ€¦a fugitive?!

Framed for a crime he didnâ€™t commit, Rocket and his pal Grootâ€™s high-flying life of adventure and heroism may be a thing of the past as heâ€™ll soon find himself on the run and on the wrong side of the law. And the authorities arenâ€™t the only oneâ€™s hot on his TAIL! (Too easy). An intergalactic boxing match, fierce alien creatures, and a deadly militia of Rocketâ€™s ex-girlfriends known only as the Exterminators â€“ and thatâ€™s just the FIRST ISSUE!

â€œDespite Rocketâ€™s attitude and antics he has a heart under there, says Skottie Young, in an interview with Marvel.com. â€œHe has some things he may or may not want to need in his life. Heâ€™s going to have to examine that. When youâ€™re believed to be the last of your kind left in this galaxy or all the galaxies, thatâ€™s something you carry with you. That plays a role in the way you operate. Weâ€™ll see him explore that a little bit.â€

â€œBut ya know, right after that heâ€™ll probably shoot some stuff,â€ he continued.

Itâ€™s one raccoon (but whatever you do, DO NOT call him a raccoon) against the entire galaxy this July as superstar creator Skottie Young brings his A-game! And the galaxy wonâ€™t even know what hit it! You do not want to miss the highly anticipated ROCKET RACCOON #1 when it blasts its way into comic shops and digital devices this July 2nd!

The only odd thing is that Rocket is one of the Marvel characters Stan had no hand in creating and he was almost not included as a cameo in the film, so him showing up on this comic is kind of funny. I personally, will be laughing all the way to the comic book shop.