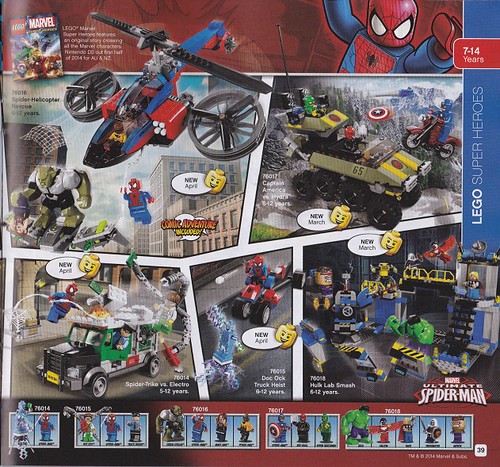 The above image popped up on antman3001’s flickr stream the other day giving us the first official look at the Marvel Super Heroes sets for the January 2014 wave as well as the set names. It looks like most if not all of the sets are based on the Ultimate Spider-Man cartoon that’s currently airing on Disney XD. Of course the one fig I want, Purple Pants Hulk, is in the biggest set. No matter, I plan on getting them all anyway.

After taking a close look at the pic, it looks like two out of the five sets are coming out in March with the other three coming out in April. Looks like we’ll have a bit longer to wait for these sets.