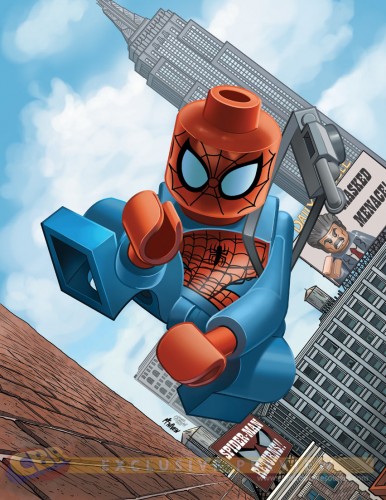 CBR has hit the Jackpot with an exclusive look at the LEGO variant cover for Daredevil #31, coming to help promote the LEGO Marvel Super Heroes game this September. Big Spidey fan here and even though I wasn’t keen on the whole Brand New Day debacle, I like the cover and will probably just put this up in a frame because I don’t collect Daredevil. The question is; if Spider-man is on the Daredevil cover, does that mean the man without fear will be MIA in the game? As it stands, we’ve seen no new characters that haven’t already appeared in actual plastic. That could be good for fans of those specific figs if we end up with multiple classic cover homages each, but personally I’d rather see some variety. I mean, who doesn’t want to see Rocket Raccoon in minifig form?
Spread the love around Marvel.

Update: Marvel also posted this Variant cover for Nova #8 last night. At this point (which, admittedly it’s still early with only a handful of covers revealed) it seems lucky for Nova that he already has a minifig. 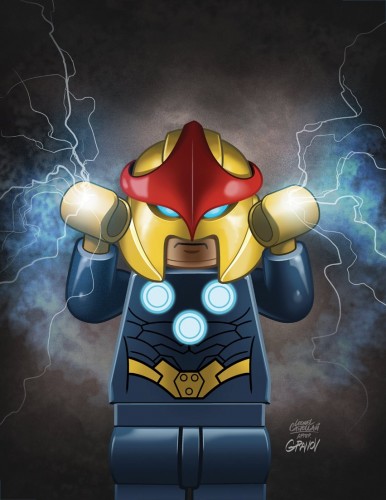