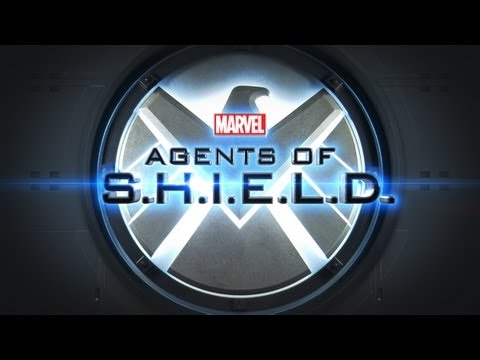 Coulson’s back and Joss Whedon has rewarded him with a new team and a sweet ride for screwing him over (with an snazzy death scene *SPOILERS!* Crap, I was supposed to say that first) in last summers blockbusting Avengers flick. I’ve been impatiently waiting to share this news and while the world was a buzz last week, ABC was reluctant to confirm picking up Marvel’s Agents of S.H.I.E.L.D. until the weekend when all their ducks were in a row. This promo aired during the season finale of Once Upon A Time and I’m guessing it added a few views to that shows ratings for the night as they also launched the first phase of their MAOS viral campaign. I’m really looking forward to this and was pleased to see the apparent confirmation of a suspicion I had regarding the casting of J. August Richards and the secrecy surrounding his character. After the unfulfilled rumours of a Heroes For Hire show and the scrapping of AKA Jessica Jones, I’m pleased to believe that the potential for these concepts to be wrapped into Agents is even greater and that isn’t lost on Joss. I look forward to finding out how Coulson has managed to remain breathing, the possibility of finally getting an agent Phil figure and the increased probability of seeing a fig based on a certain unbreakable skinned hero. Fingers crossed the cancellation curse will skip this Whedon television outing. Oh, and that it’ll be good.