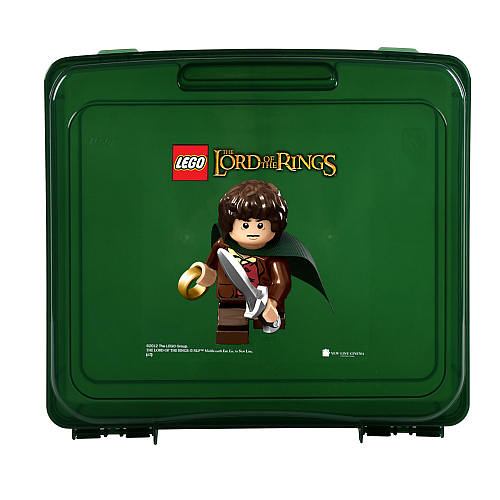 Toys’R’Us seems to be the place to be this week. First up they are offering a free LEGO Lord of the Rings “Project case” with any LEGO construction set or board game purchase of $60 or more. You may be tempted to try and pick up some LOTR sets to go along with the case, but be warned that their markup is atrociously high, even by their standards. Case in point: the MSRP on 9472 Attack on Weathertop is $59.99 (Amazon

They are also offering a free Aragorn poster with any LEGO LOTR purchase, but the markup doesn’t make it worth it. A $20 markup for a $5 poster? I’ve seen better deals on fake bridges.

And finally, this Saturday June 16th from 2-4pm, Toys’R’Us stores are hosting a LEGO build event where you can build a Batman and/or a Superman shield and then take it home with you. Hopefully it will run much more smoothly this time around than it did for the Cars 2 build event. If anyone finds any pictures of what they might look like, please add it to the forum thread.

Update: forum member ufjason provided us with the following image:

I stand corrected: it’s Batman and Superman, and not Captain America like I originally thought. I have no idea where I got Captain America from. Maybe I saw the word “shield” and switched out Superman’s name since, you know, he doesn’t use a shield. Why couldn’t they use the “symbol” or “logo”? Anyways, thanks ufjason!