This is one of those posts where I tried to start writing it no less than 10 times to try and get into the rhythm. I just can’t seem to muster up enough fake enthusiasm for this set, LEGO Ideas 21328 Seinfeld. I’ve read the press release, looked at the pictures, and I got nothing. It could be that I’m not that big of a fan of the show. Yes I did watch it and enjoy it. It was part of a Thursday night tradition, but it’s not moving the needle for me. It could be the the Seinfeld set is another entry in a long line of TV sitcom-based sets, and it probably won’t be the last, and that I’m just feeling the fatigue from it all. The Friends Apartment set raised the bar to what a proper set could and should be, so this new one had a lot to live up to. It seems small and just whelming, maybe even a bit underwhelming. 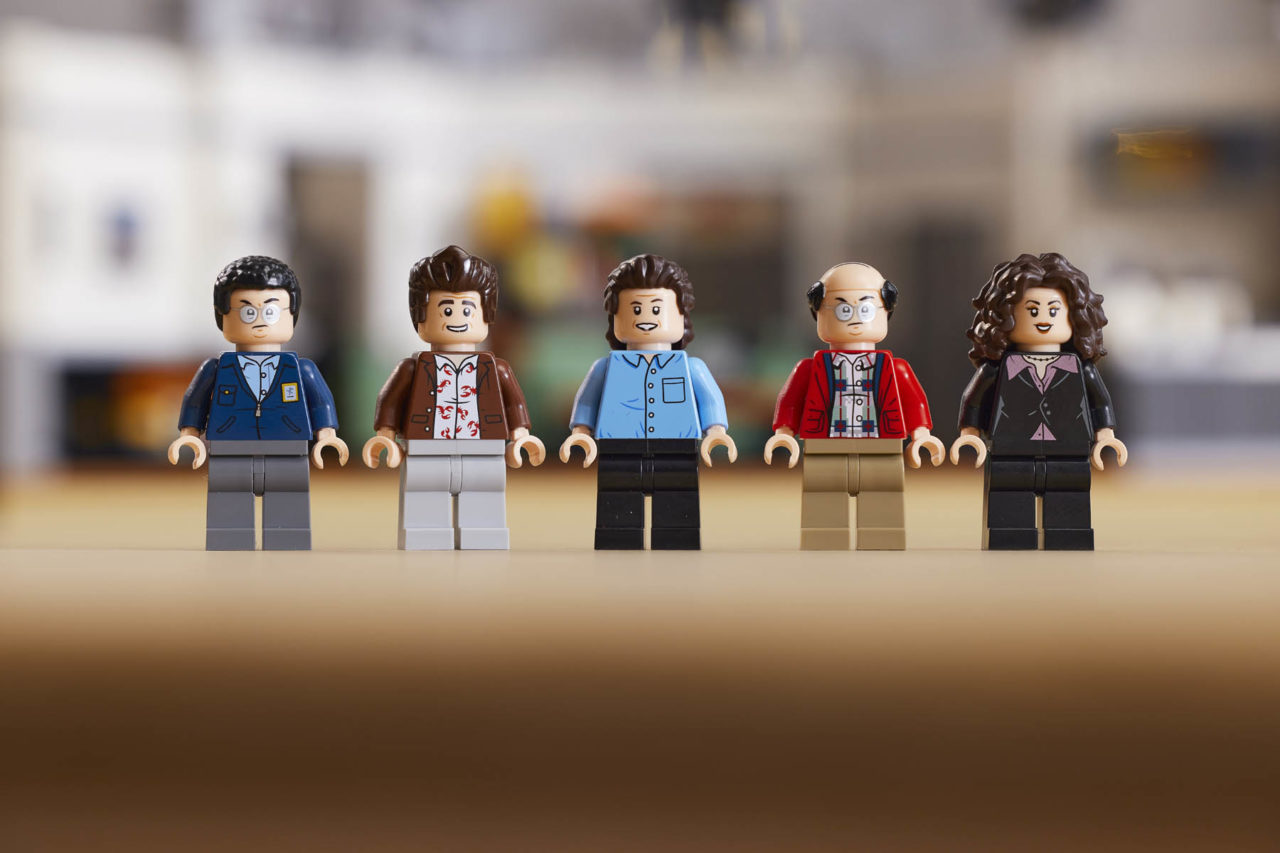 You get the main cast of Newman, Cosmo Kramer, Jerry Seinfeld, George Costanza, and Elaine Benes. It bugs me that Newman is the first in line in the pic. I get that Jerry’s front and center but still. If anything he should have swapped places with Elaine. The minifigs are just okay.

I think Kramer and Elaine are the best of the bunch, followed by everyone else. Elaine is just fantastic and Kramer’s expression seems perfect.

Jerry, George, and Newman just seem a bit off to me. The group shot above made Jerry look like he was sporting Qui-Gon’s hair piece, but here he doesn’t look too bad. He does look a bit angry though with those eyebrows and face lines. George looks downright angry and Newman honestly doesn’t look like him AT ALL. 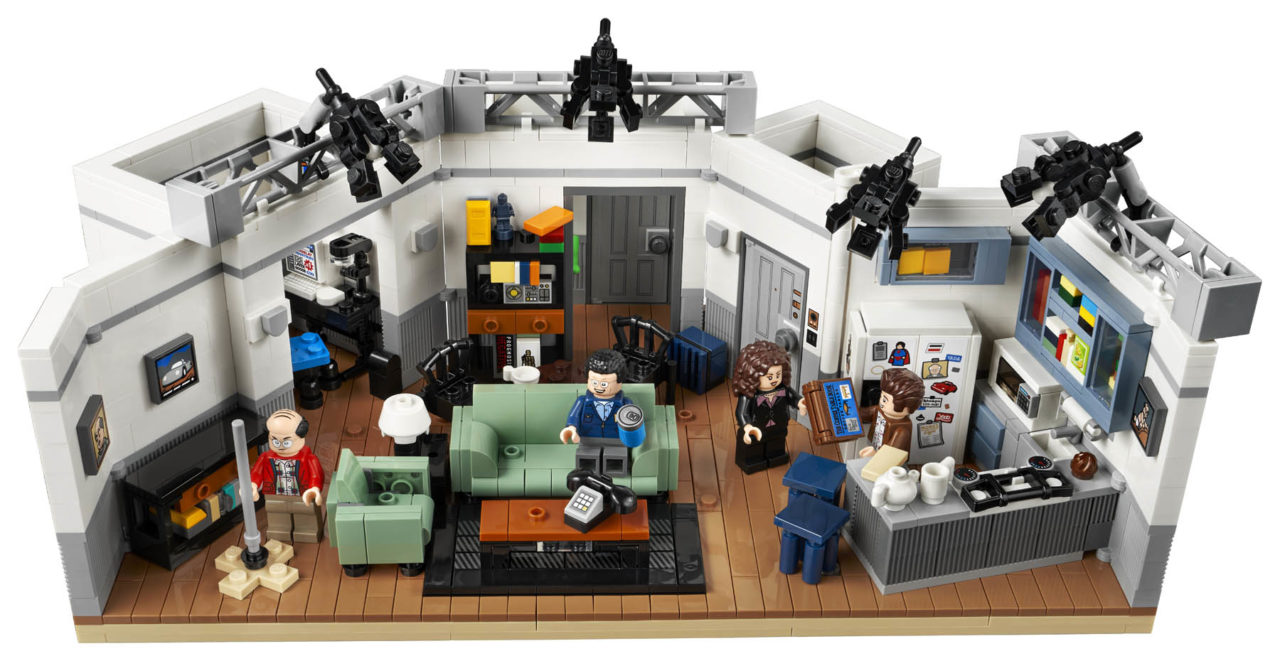 The apartment seems pretty nicely detailed. The designer went to great lengths to capture as much detail as possible and I think the end result is pretty spot on save for one. The one detail I was looking forward to seeing was whether or not the final product would include a Superman trophy fig in the apartment. 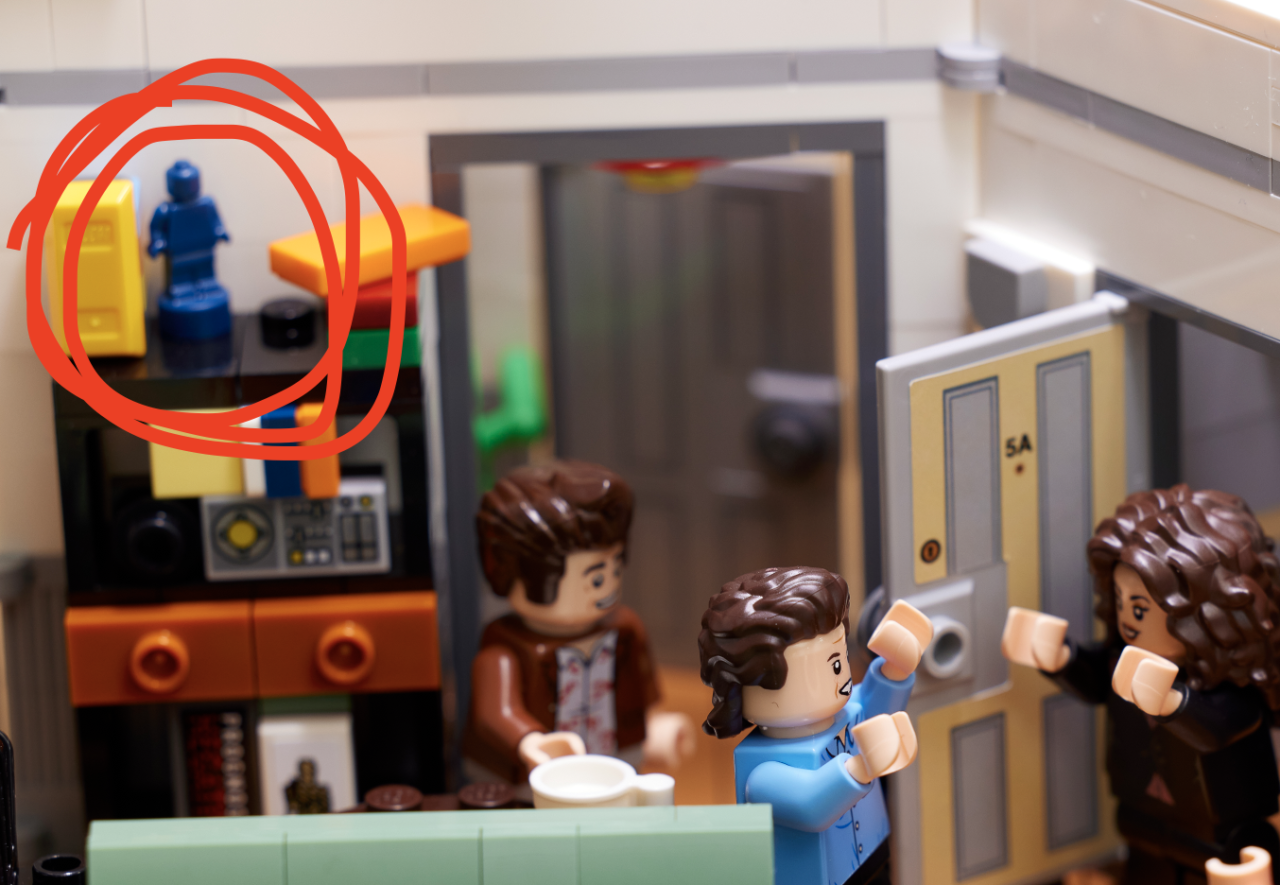 Alas, there is a trophy fig but it is blank and generic and not colored to look like the Man of Steel. I guess this set doesn’t capture every detail after all. Lame.

After writing all that I’m still meh. Also, I’m a bit salty that they have yet to produce one for The Office. Come on now, LEGO.