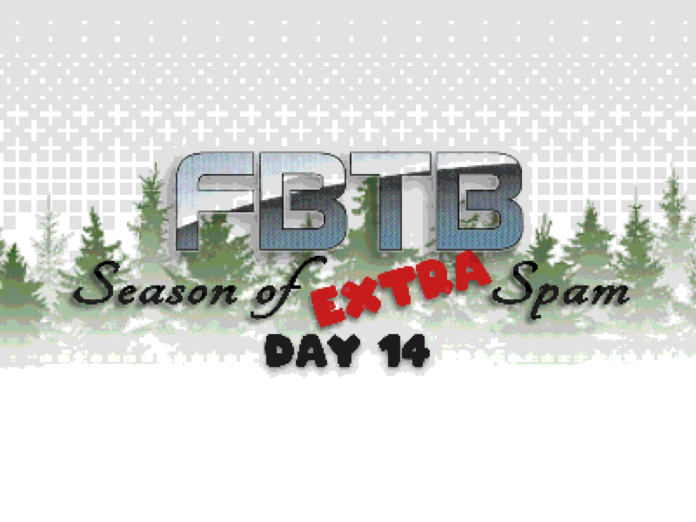 Star Wars still staying positive, the other two… yeah, not so much.

Two guesses what this is: 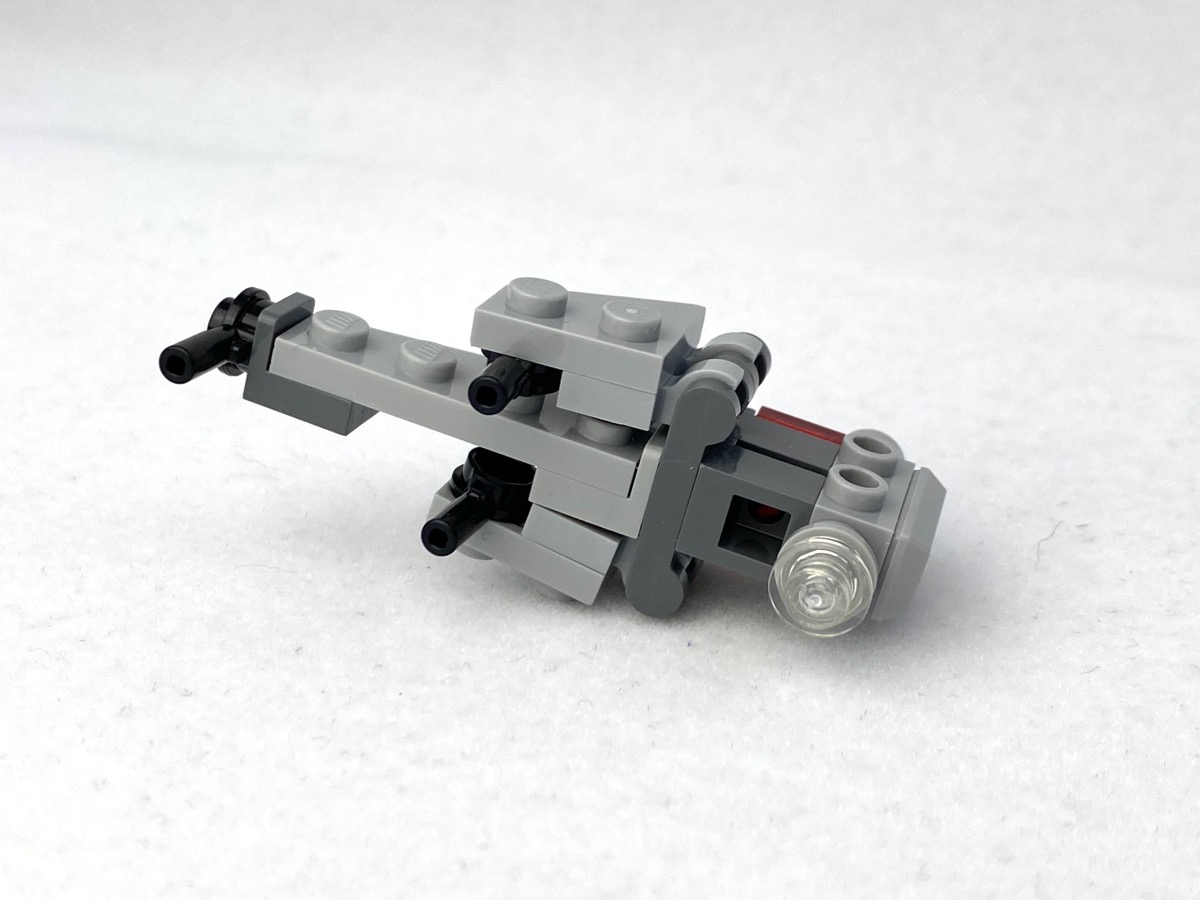 If you guessed B-wing, you’d be half right. If you guessed awesome you’d be 100% correct. This thing is super swooshable and has folding wings which is like one of the hallmarks of the spacecraft. The cockpit area probably could have been done up a bit differently, maybe better, had they used a cone or a cylinder element, but I can dig it. 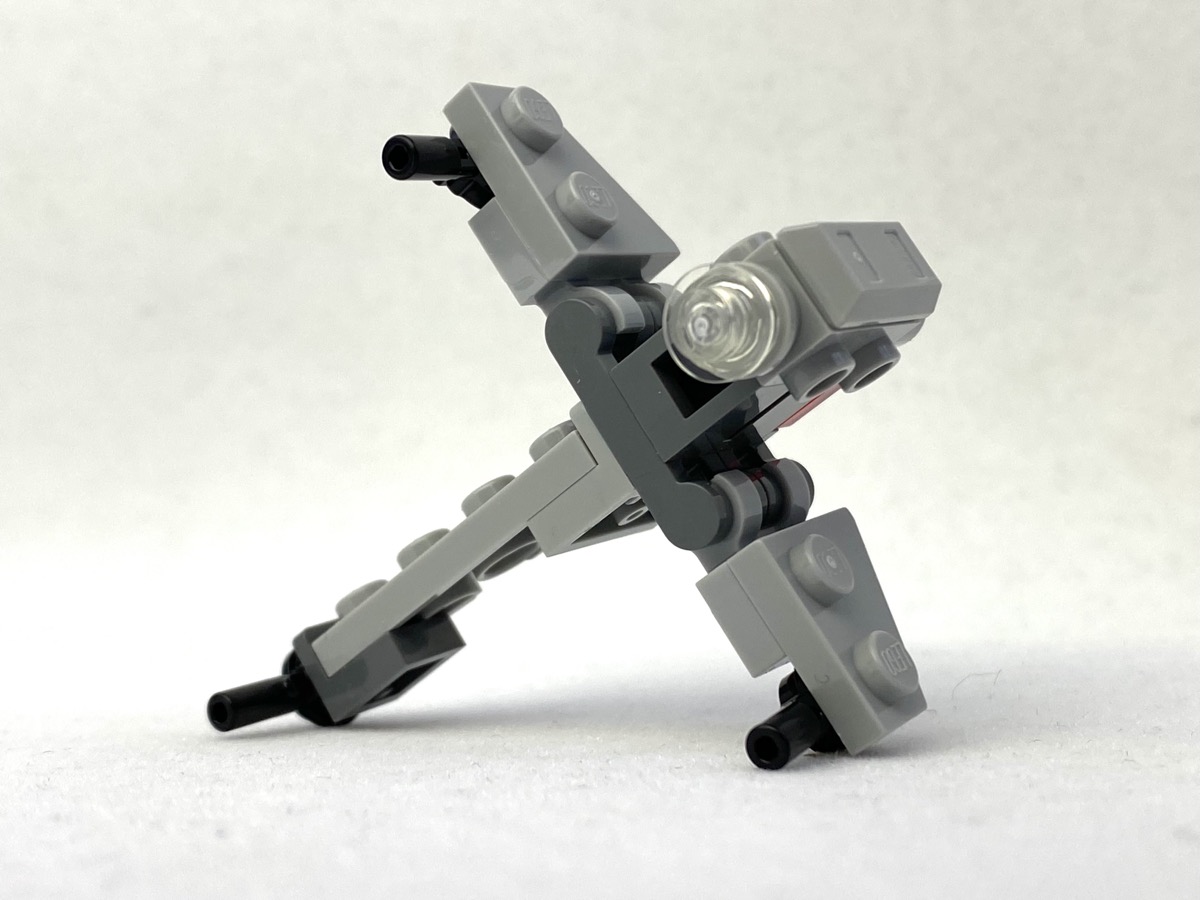 Hands down, this is the best thing to come out of the calendar and is my favorite so far. It’ll be hard to beat.

Yesterday nearly killed me, so I wasn’t looking forward to drawing another hot sauce out of my enigmatic white bowl.

I shouldn’t have worried. Neither the sauce nor the build left much of an impression on me. 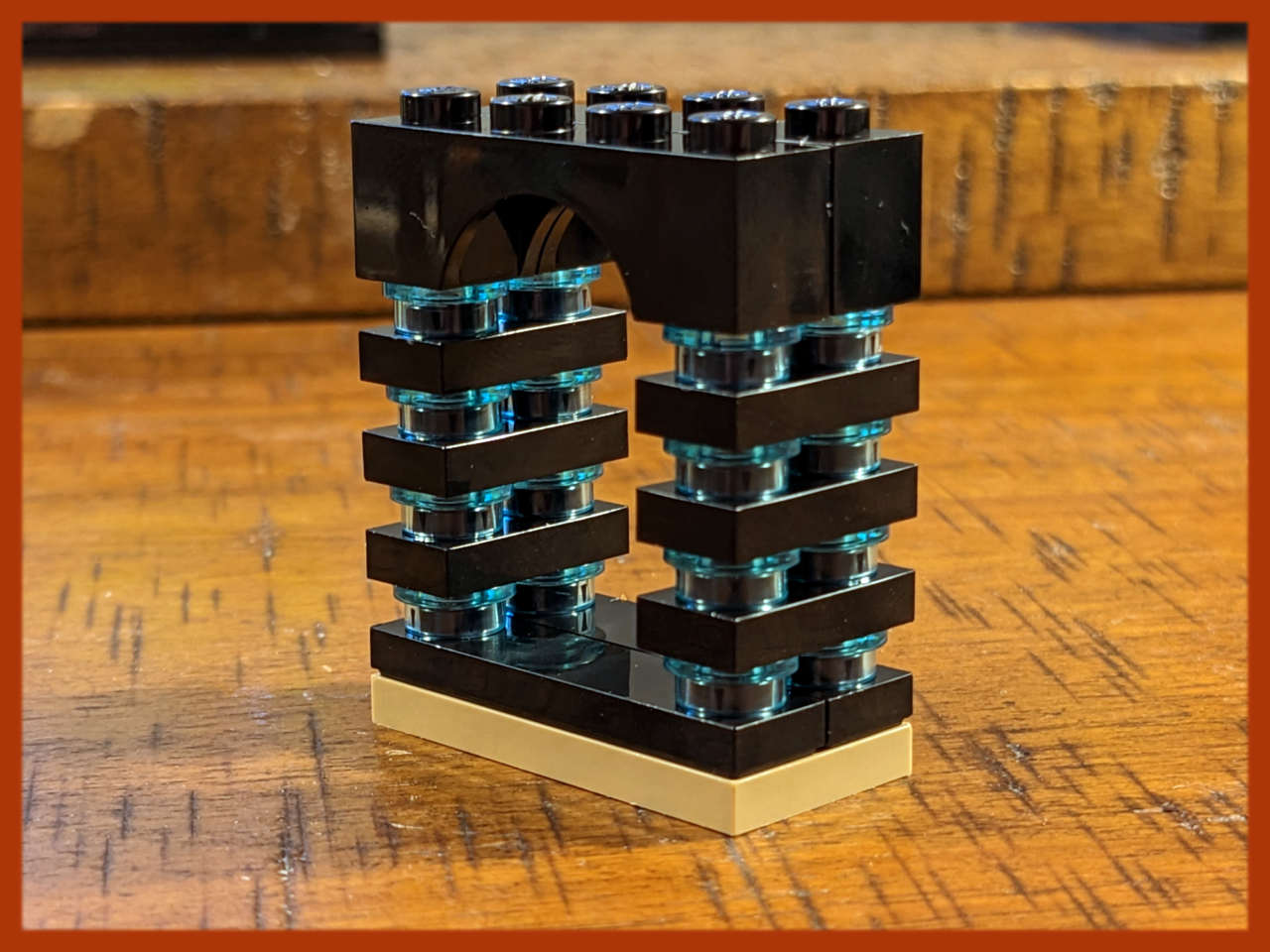 This might be the worst build I’ve seen in any Harry Potter calendar (Still better than Guardians, though). It’s recognizeable, which is good, but it’s just so…generic and boring. I can’t give this kind of quality a pass.

And while I genuinely liked the hot sauce – PSYCHO CURRY – there was nothing “PSYCHO” about it. It was barely hot. So I gotta give it a thumbs down.

So far, things are falling apart in the back half.

Ah, the Benatar, which I honestly don’t remember if it ever got a name or not in Infinity War or Endgame. It may have, but Endgame was a garbage movie and I don’t want to watch it again to find out, and Infinity War was only okay ultimately. This is… fine. The ship lacks all the charm of the Milano, but it’s still an okay little micro build. Given how bad the rest of the calendar has been, we’ll take the hits where we can find them.

The Crimson Fists are another second founding successor chapter, seemingly crated to just confuse everyone with their logo and color choices. Despite the color, they’re not an Ultramarines successor, the logo is the clue, they’re an Imperial Fists successor. This is also the first Chibi that has a legit printing issue, since their logo should be red, and this one is very much orange. If this was ancient times, that’d be fine, since they were the same color and all outside of China (where citrus is from) – since the color orange is named after the fruit and not vice versa.

Following the Horus Heresy, none of the Loyalist chapters were doing particularly great. The Raven Guard, Salamanders, and Iron Fists were decimated early on. The Blood Angels were betrayed by Horus and forced to fight for their lives against daemons of Khorne, then delayed with the Ultramarines thinking Terra destroyed, before defending Terra and going a little bit insane at the end. The Dark Angels… yeah, that’s a sticky situation where they kind of blew up their own planet at the end of the heresy.

The White Scars, Ultramarines, Space Wolves, and Iron Fists were probably best off, though the White Scars gonna jetbike away and did what they did. The Ultramarines had been decimated early but what they did well is build and rebuild, so they got right to doing that. The Space Wolves rarely did what they were told, they were not good boys, and showed up late before going off and chasing after the traitors in earnest.

The Iron Fists, on the other hand, were a victim of their own hubris. Their long-running little war within the Heresy, with the Iron Warriors traitor legion, had come to a head during the siege of Terra. That legion was a reflection of the Fists, the frontline soldiers, practitioners of siege warfare, and believers in grinding down an enemy. Their primarch, Perturabo, was paranoid turned up to 11, and saw a slight in everything someone said while carrying grudges forever. When Rogal Dorn, the Primarch of the Fists, a man who’s stick up his butt has a stick up its butt, made an offhand comment that his defenses on Terra could not be breached, and was asked “even by the Iron Warriors,” then replied yes – well, that was enough for betrayal to be had.

So, the Warriors set about to engaging the Fists every chance they had, culminating with them ultimately luring the entire legion into a trap called the Iron Cage, after the Heresy had ended and the Scouring – wiping out all the traitors on the order of the last order of the near-death Emperor (where he will remain for the next 10k years, imprisoned on the Golden Throne). The Imperial Fists, and Rogal Dorn, had disagreed a bit, with the Ultramarines and the need to split up the Legions into Chapters so that no one could command the full force of the armies of the Imperium. So they stayed at full strength, and went after the Iron Warriors. On a fully fortified world. And basically ran into a meat grinder.

Yeah, they ended up killing a whole lot of Iron Warriors, but got trapped there, had most of their surviving legion wiped out, basically broke their primarch, and had to be rescued by the Ultramarines. In the end, they ended up following the Codex Astartes and breaking up into chapters, with the survivors forming the Black Templars (who still didn’t follow the Codex) and the Crimson Fists (who did). Neither drew inspiration with banana colored uniforms, though.