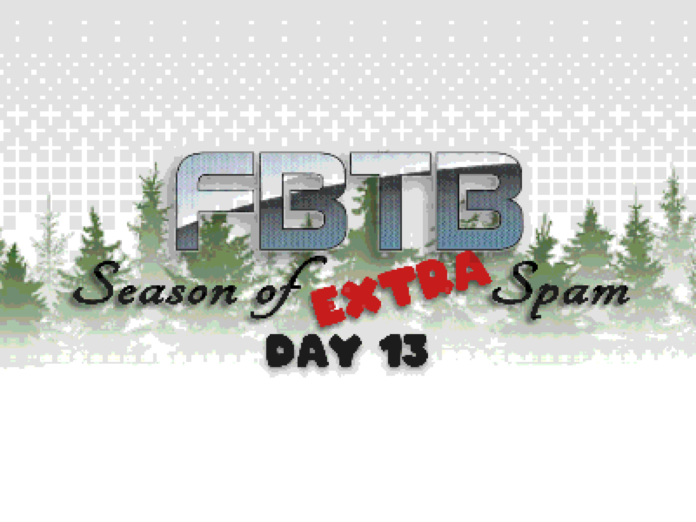 Okay, we’re beyond halfway. Star Wars is still reigning supreme. Guardians pretty much sucks, and Harry Potter is still avoiding anything related to “Christmas”. I’m fine with saying to ONLY buy the Star Wars calendar this year. 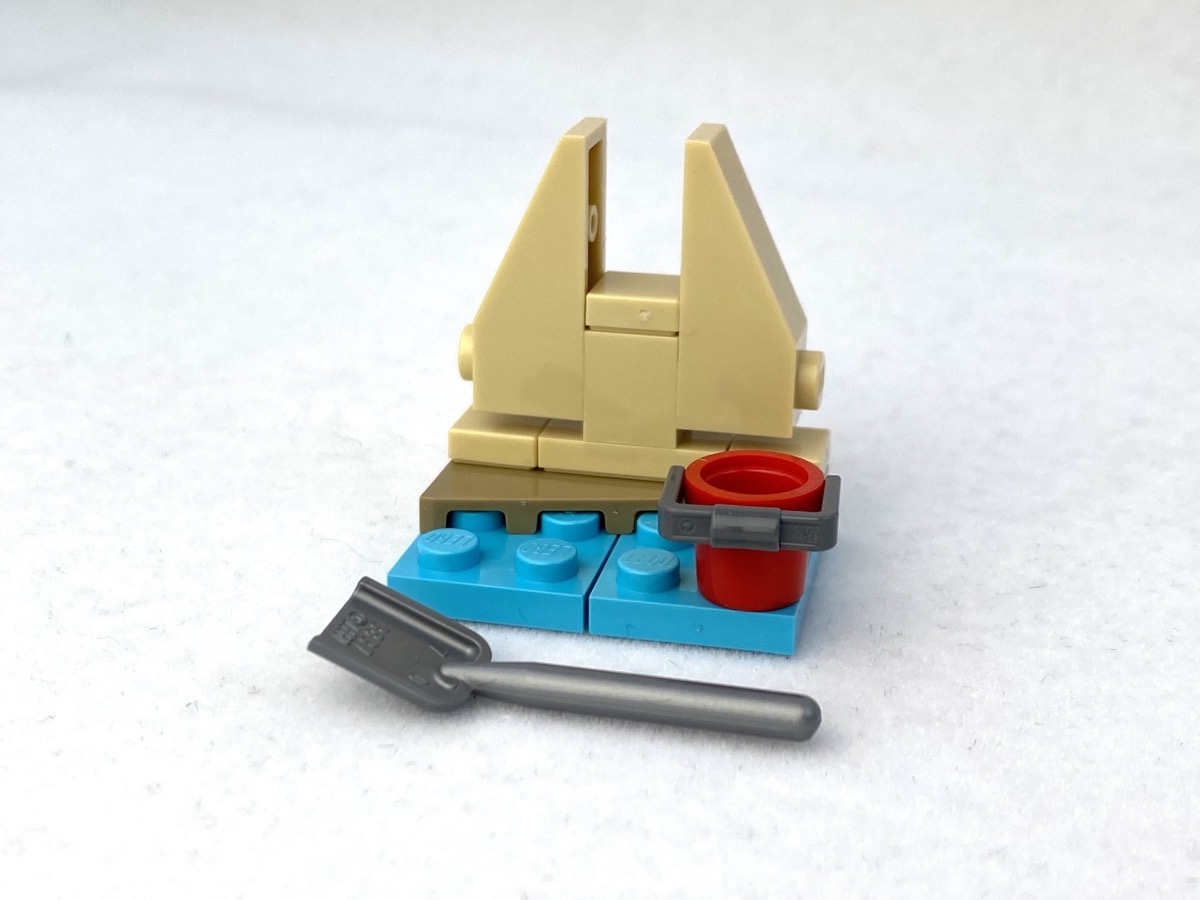 I can say with some certainty that the paired builds started with yesterday’s stinker and today not-as-bad-but-still-not-great build. We’re at the halfway point and we’ve begun our downward spiral into mediocrity. Today’s build is a sandcastle representation of Vader’s Castle. Somehow, I just don’t think ol’ Darthy would be bothered to use a shovel and a bucket. He’d just use the force to control all those grains of sand and water molecules all from the comfort of his beach chair. Without yesterday’s Vader, and just like yesterday’s Vader, this is a serious divergence of the whole advent theme. Both days could have been a polybag promotional item but instead, it’s been so obviously shoehorned into this year’s calendar set. It really doesn’t belong.

Halfway down. But will the next 12 days be uphill or downhill? Let’s find out?

Not downhill. There is no hill. Day 13 went off a cliff.

Excuse me lack of eloquent in the video above – the pain of a carolina reaper hot sauce was so acute that it literally drove all thought from my mind. I’m impressed I managed to build something out of LEGO, since I wanted to just sort of die. 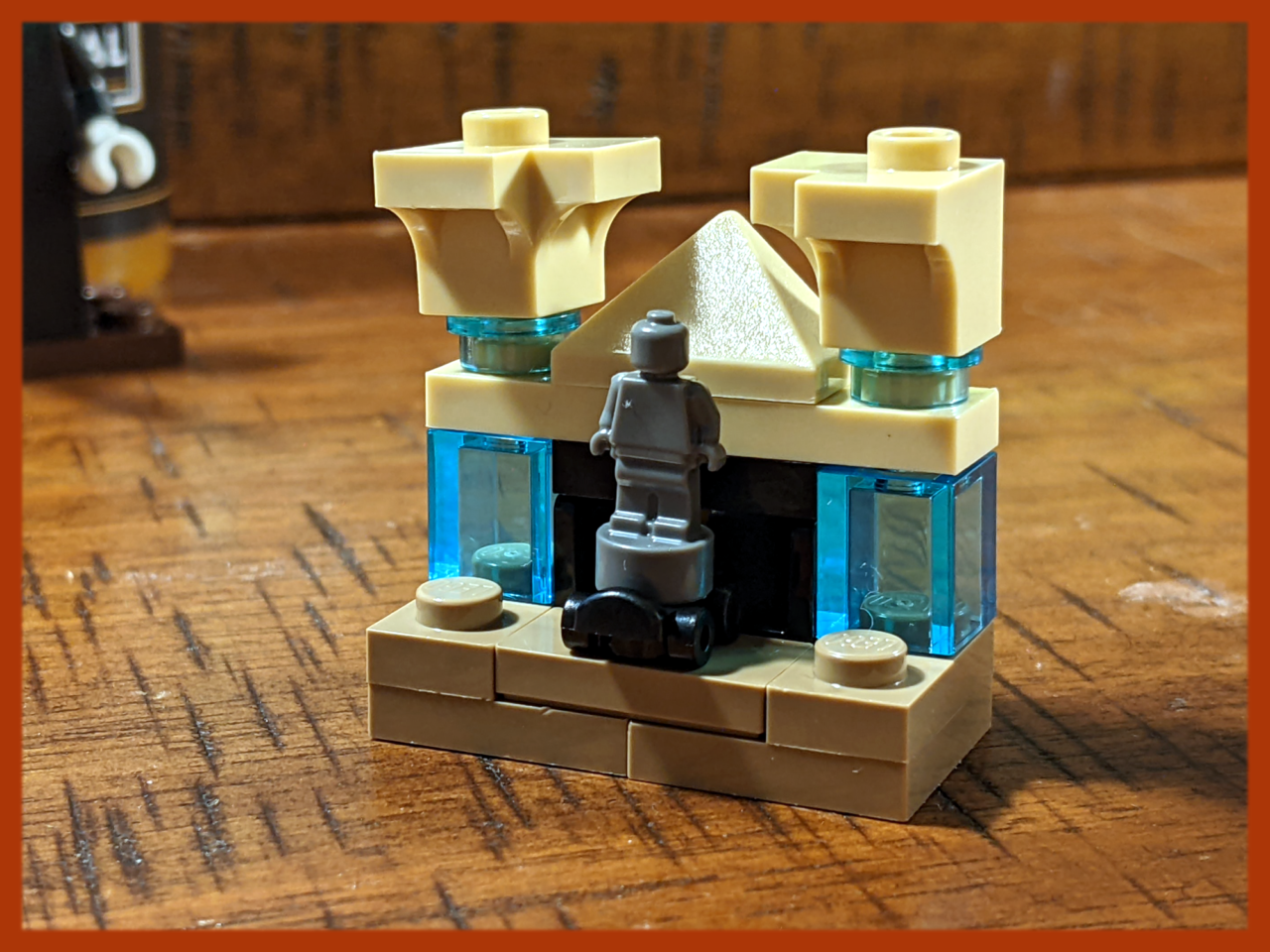 You know, I thought this was the Ministry of Magic, but now I’m not so sure. What I do know is that the hot sauce is still coursing through my body as I’m writing this, and I don’t really care. I hate this build. I hate what it will forever remind me of.

And the hot sauce – GARLIC REAPER SAUCE – nearly made me black out. So that’s a thumbs down for that one, too.

God help us if there are more carolina reaper sauces in here.

I like mantis, and that she has a guitar made me smile, but I’m not going to give her a pass when I knocked Rocket for just taking a regular minifig and throwing it in the set. All we needed was a snowflake or something on it, maybe even a bow. They could have done something.

Maybe this ties into the Christmas special, who knows – I haven’t watched it yet. I know I probably should, but I just have been so burned out on any Marvel stuff (the last thing I watched was Hawkeye, and it was great, but… yeah). I called the others a miss, calling this one a miss too. I want more Christmas stuff.

Here we are, the literal Poster Boys of Warhammer 40k, the Ultramarines. They are literally the personification of “by the book.” They define following the rules, they are boy scouts, and they’ve built entire empires instead of just sitting on a planet. Honestly, they’re often thought of as boring, but that’s more an artifact of being the default. The stories based around them are actually pretty great (well, except for Battle for the Abyss, it’s god awful), and the more recent Dark Imperium series is fantastic.

This is the guy that’s going to get a bit more in the future, too, as the Ultramarines are the chapter that served as the protagonist of the criminally underrated game Space Marine, and it’s upcoming sequel continues that.

Our little Chibi guy is a regular Intercessor Sergant, and we’re seeing is Captain Titus (at least he was in the first game, though he was taken off by the inquisition), seemingly back with the Ultramarines, having crossed the Rubicon (upgraded to Primaris), and demoted to a Lieutenant. No word yet on if we’ll get him in chibi form at any point.