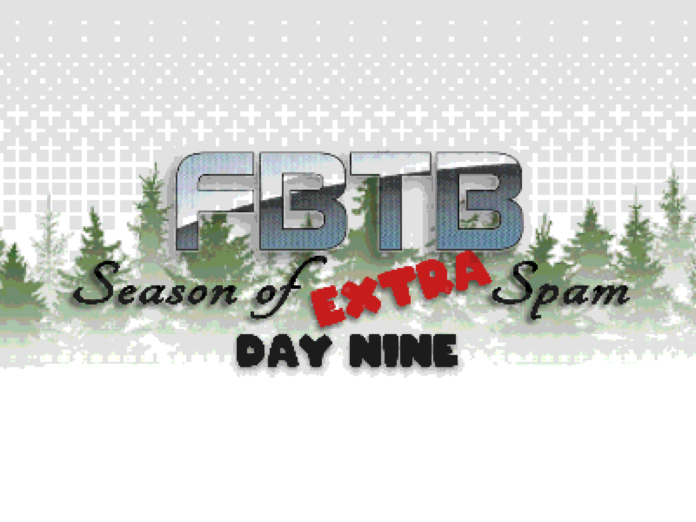 Star Wars has never been this amazing. What will today hold? But before that, let’s see how the numbers stack up: 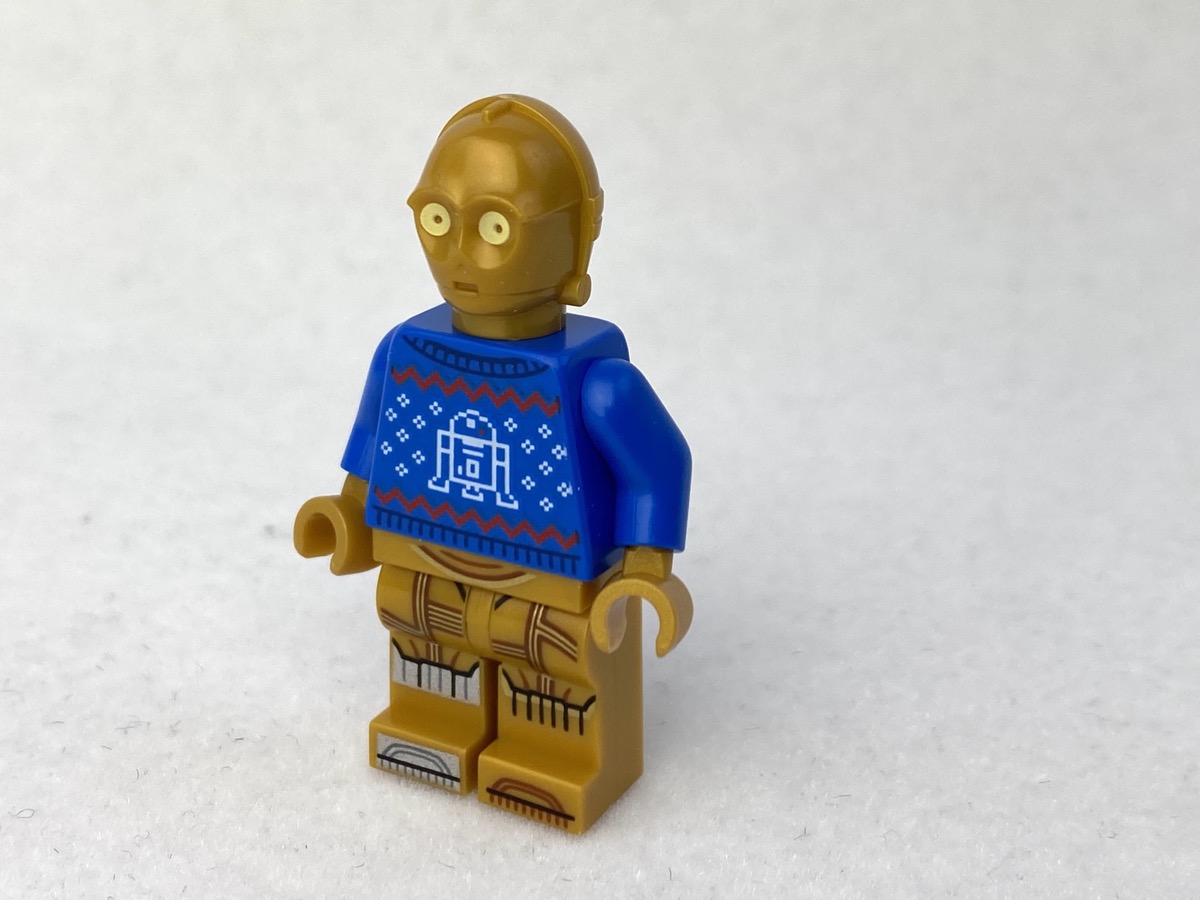 Okay, this is awesome. Who knew ugly sweater torsos would make for good advent fodder? It may not be for everyone, but I’m digging it. C-3PO is wearing a knitted sweater with an R2-D2 pattern. And the fact that you can swap out the torso with just about any other fig (might want to do a handswap while you’re at it) makes it versatile enough to repurpose it for a holiday-themed sigfig. Good stuff. C-3PO’s hips and legs are nicely detailed with the right leg having some hits of silver as an homage to his one off-color leg seen in the OT.

I’m amazed we’ve been on this win streak for so long. Three days in a row? Come on now. The other shoe must drop soon, no?

Harry Potter is landing squarely in the middle between Star Wars and Marvel. Will today’s minifig land good or bad, though? Let’s find out.

It landed…on the good side! I’m honestly relieved it’s not Hermoine, because I feel like she’s the front runner for Prisoner of Azkaban, aside from Sirius Black. 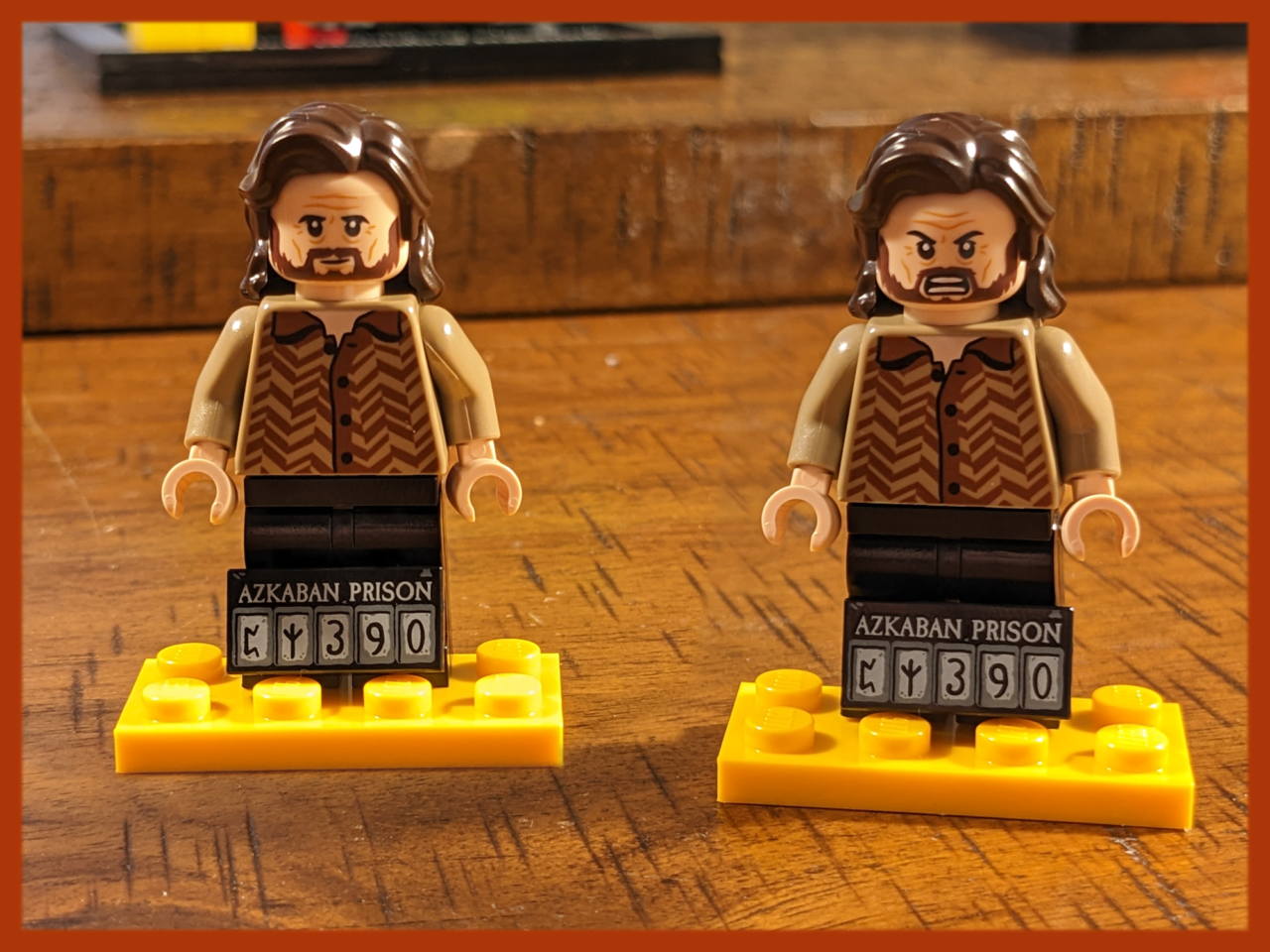 Plus, he’s an exclusive, new figure! So that’s cool. But here’s where this gets weird: the sweater he’s wearing. As far as I can tell, he never wears it in Prisoner of Azkaban, or in any other movie, for that matter. Unless it’s in this one scene? Hard to tell – if anyone knows, please tell me.

Otherwise…maybe it’s a Christmas-y sweater, like the other two. But it’s so generic! It’s really confusing. Either way, at least it’s a shiny new figure, and compared to the other two I’ve gotten, that’s a big improvement.

The hot sauce today is ASS KICKIN’ ORIGINAL. Original what, I can’t say. But it lands squarely in the middle. Some lingering heat, but nothing to write home about.

Goblet of Fire is tomorrow! 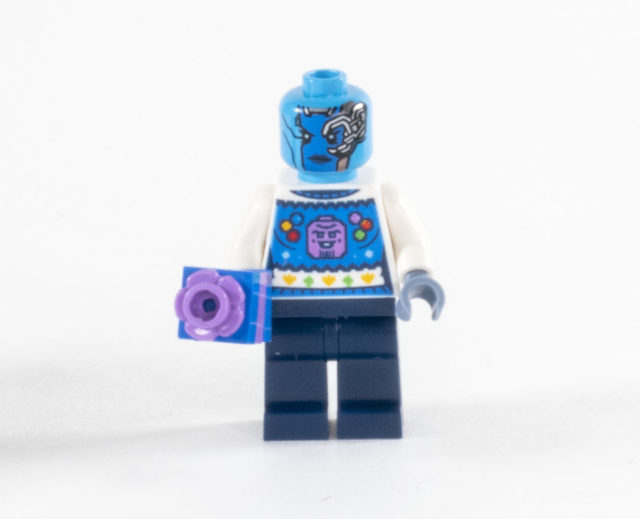 At laaaaaaaaaaast. We finally get something that’s actually an advent-themed figure. Of course, on the box art Star Lord stole her present, but here she gets it. I’m also going to question why she’s wearing a Thanos sweater, but let’s go with this being an ugly sweater, and also that it’s just his head, so she’s celebrating Thor’s removal his his head from his neck at the start of Endgame. Finally, we get a hit in this calendar.

Sad fact is that I’ve only had to look up info on two of the chapters so far (Howling Griffons and Blood Ravens), and even that was only looking up a few details, like when they were founded. Most of the rest of it was just from memory because I’ve dedicated an inordinate amount of brain cells, especially during the pandemic, to the lore of the Grimdark future.

With this scion of Sanguinius, a loyal Intercessor of the Blood Angels, a descendent of the 9th Legion and battle brother in the most honored and somewhat feared and untrusted space marine chapter of the 41st millennium. I mean, when you have something called “the flaw,” a penchant for brutality in melee combat, and a little something called “the Black Rage” when you become an unstoppable and mindless murder machine that can only be aimed at something that needs to die until you yourself are dead… that will happens.

Also, a history of using the the omophagea, one of the 19 (firstborn, i.e. old-school) or 22 (Primaris) gene-seed organs implanted into marines, a lot more than other Chapters. For those not versed in made-up future words, it’s an organ that allowed a marine to eat the brain of a fallen foe, comrade, or whatever and gain all of their knowledge. And sometimes their personality… because in the Blood Angels, this particular organ was rather overactive. And before the Horus Heresy, before the return of their Primarch, Sanginius, the Blood Angels were known as the Revenant Legion and they worked on unifying Earth with the Emperor of Man.

And let’s just say getting stuck in long sieges didn’t slow them down much because no matter how much the enemy tried to starve them out, they never ran out of food. That and their intelligence gathering abilities seemed to be unmatched, somehow.

The Black Rage itself is both an effect of the flaw in their genes, and then amplified of an unfortunate little event where at the end of the Heresy, Horus, the guy that the whole hubbub was about, kind of killed his brother Sanginius in a rather epic fight, before the Emperor killed him in kind, and that little act of Primarch death sent a psychic shockwave through the Legion and may have driven them just a little bit crazy for a bit.

Don’t worry, they got better. Mostly. Kind of. I mean, they eventually all mostly go mad, but that’s what the Death Company is for so they can keep serving the Imperium of Man. Because only in death does duty end.