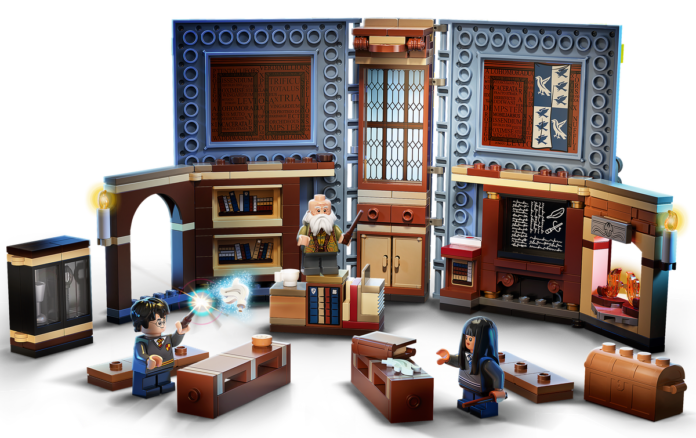 More new stuff is up on LEGO.com, this time for Harry Potter. These were actually revealed a while ago. I want to say around or even before Thanksgiving. Like the other sets we’ve been posting about, these come out on January 2021.

Four of the new sets consist of books that open up into little play scenes, Ã  la that Fantastic Beasts set 75952 Newt’s Case of Magical Creatures. Each book has dual themes: a specific class from Hogwarts as well as representing a specific house. These sets make fantastic portable play sets. They’d also look great on a shelf with, you know, other books.

The last set is mosaic set in the same vein as the other Art Mosaic sets. You can build the Take a gander below. 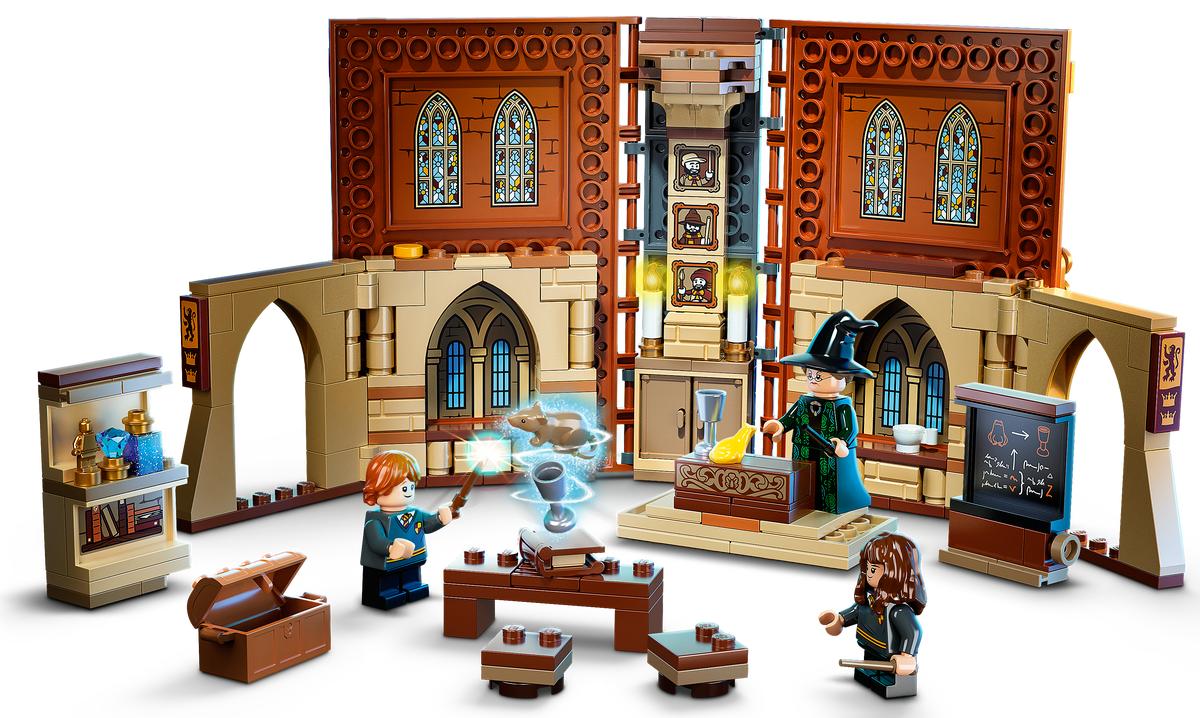 76384 Hogwarts Moment: Transfiguration Class is $29.99 and has 233 pieces. The three minifigs you get are Hermione Granger, Ron Weasley, and Professor McGonagall. The book’s colors also reflect the house that Professer McGonagall is headmaster of, Gryffindor. 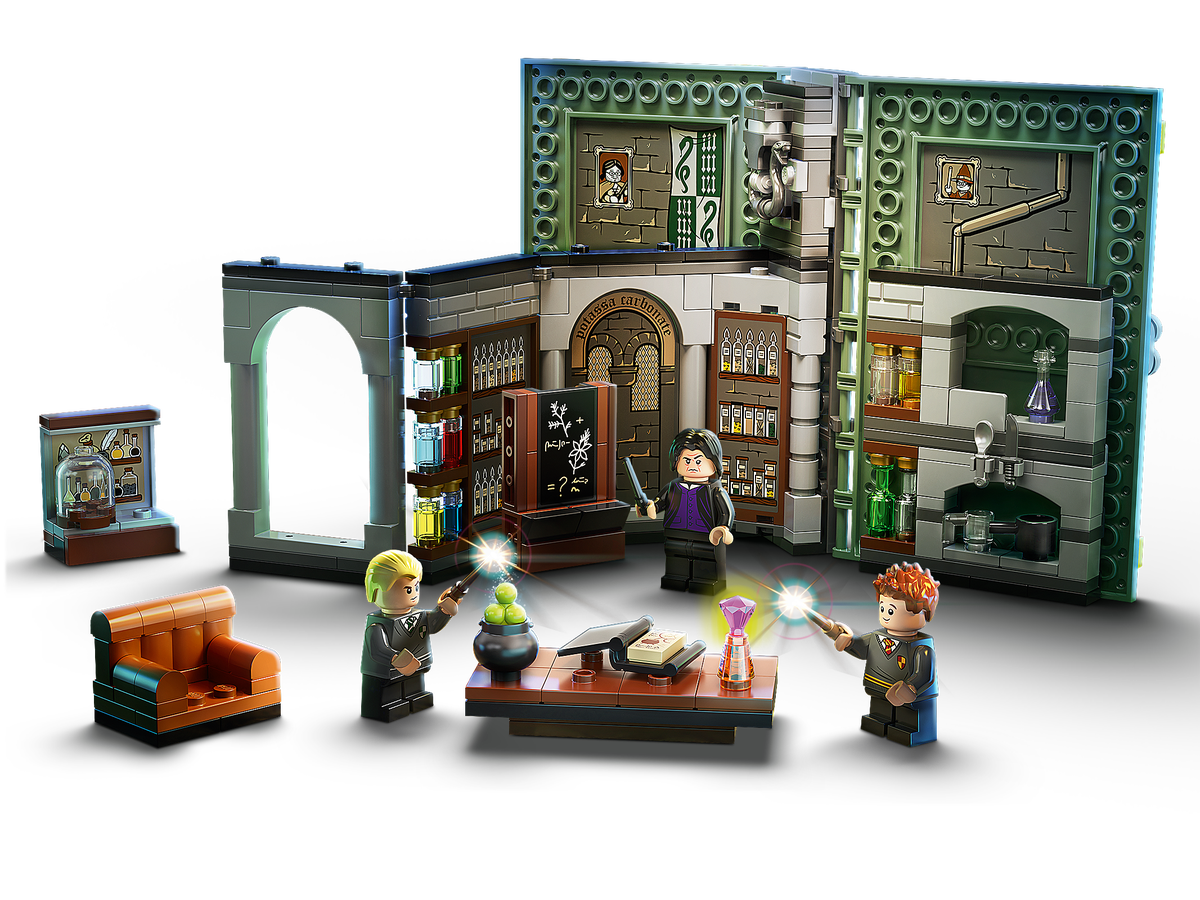 76384 Hogwarts Moment: Potions Class is $29.99 and has 233 pieces. The three minifigs you get are Draco Malfoy, Seamus Finnigan, and Professor Snape. The book’s colors also reflect the house that Professer Sprout is headmaster of, Slytherin. 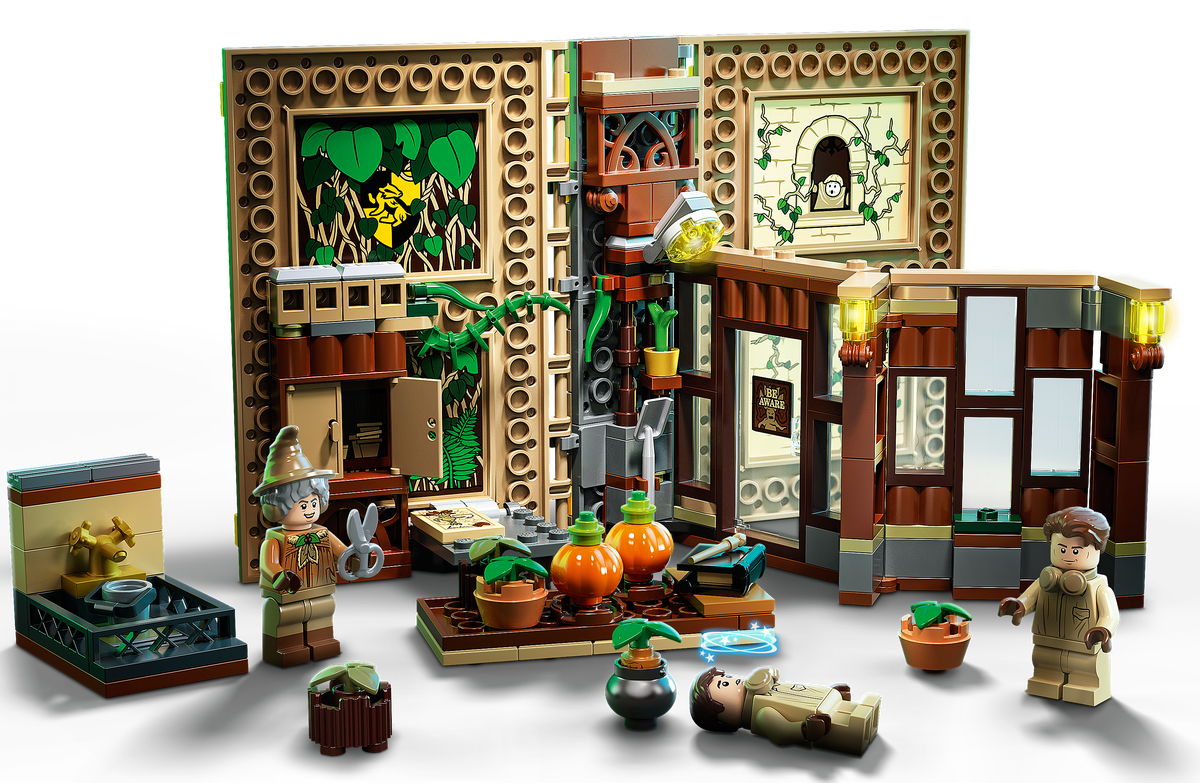 76384 Hogwarts Moment: Herbology Class is $29.99 and has 233 pieces. The three minifigs you get are Cedric Diggory, Neville Longbottom, and Professor Sprout. The book’s colors also reflect the house that Professer Sprout is headmaster of, Hufflepuff. 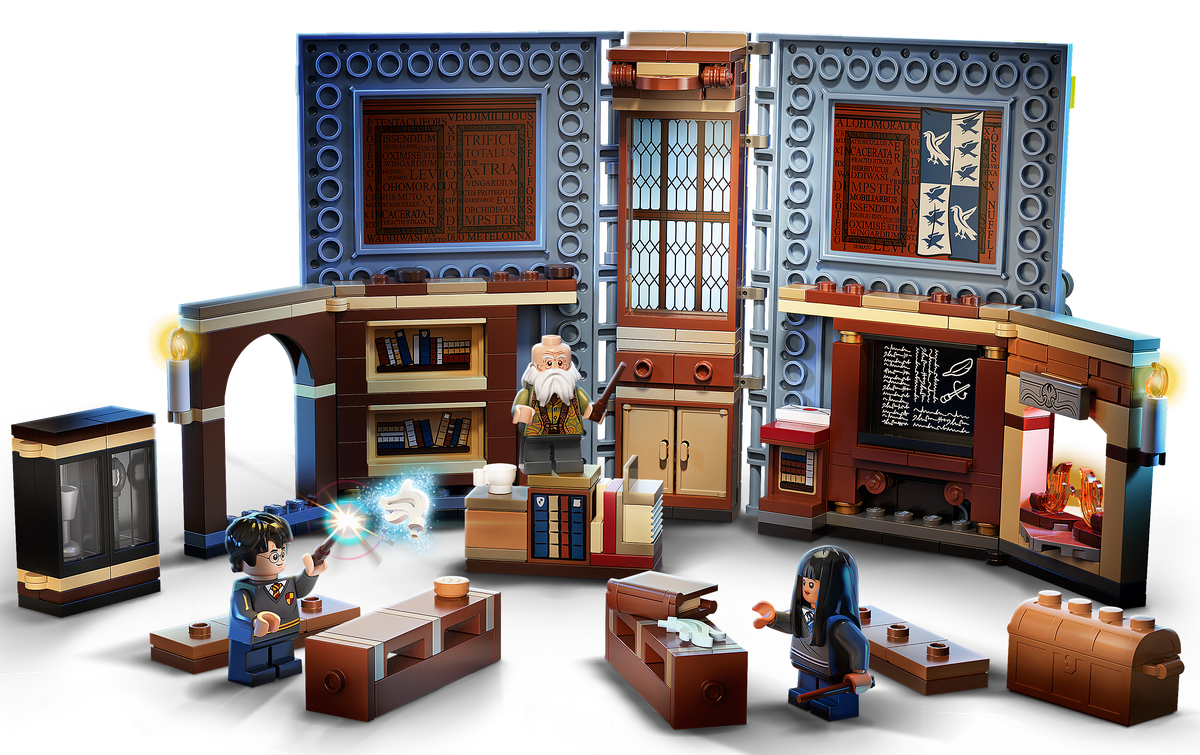 76385 Hogwarts Moment: Charms Class is $29.99 and has 256 pieces. The three minifigures you get are Harry Potter, Cho Chang, and Professor Flitwick. The book’s colors also reflects the house that Professor Flitwick is headmaster of, Ravenclaw. 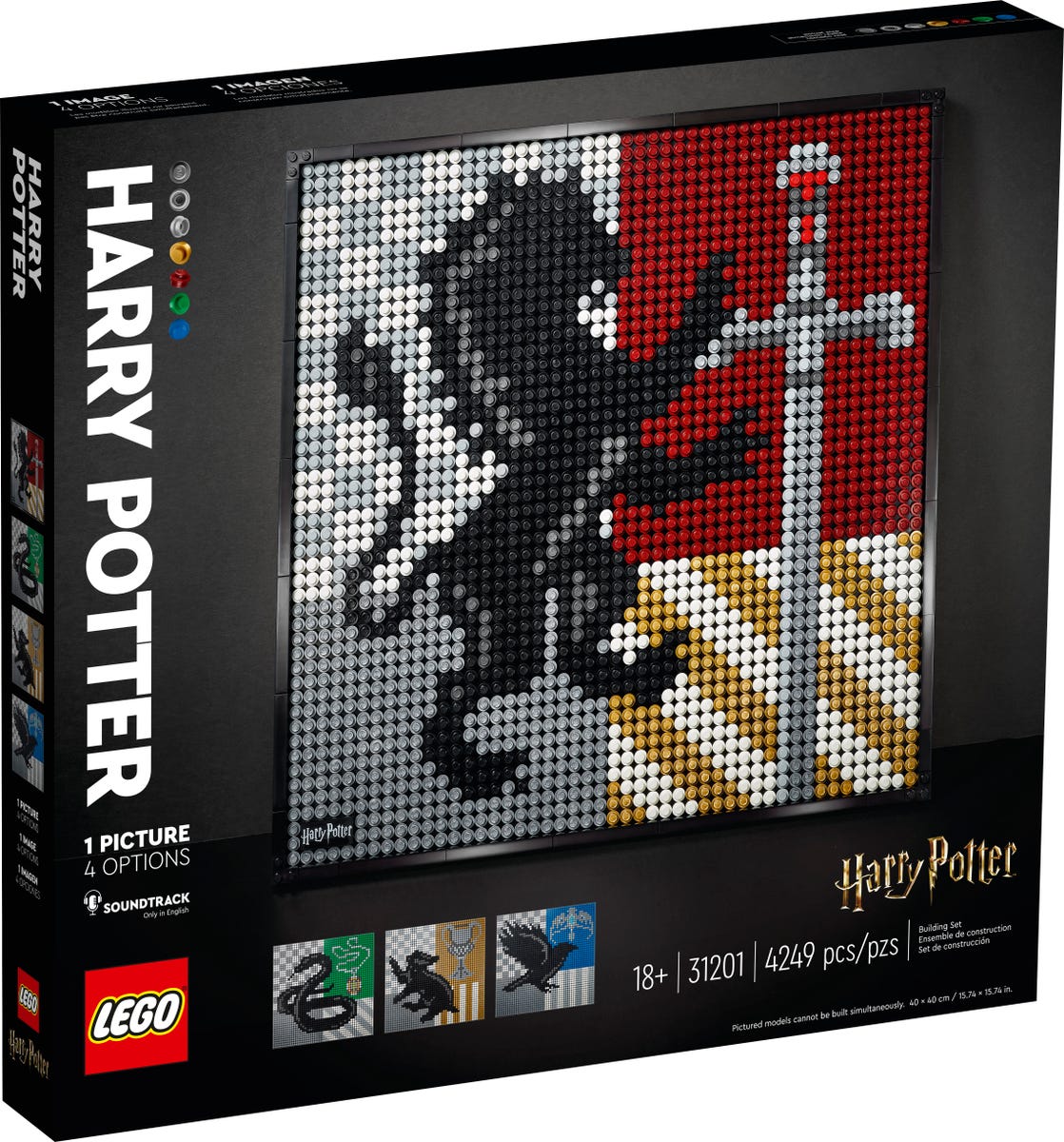 31201 Harry Potter Hogwarts Crests is $119.99 and has 4,249 pieces. You can build one of four Hogwarts crests. To build all four and display them at the same time, you’d need to buy four copies of the set. And like the Iron Man and Sith mosaics, if you buy multiples to create a larger image. The product description includes a statement that says “or collect all 4 sets to create the ultimate Hogwarts crest.” There’s no picture of it, but i imagine it’s the Hogwarts Crest that looks like this:

I can see a big HP fan wanting to buy 8 copies of this set: 1 for each house’s crest and one giant one for Hogwarts. That’s