I can’t think of a better way to start a Monday than with a couple of new product announcements. From Harry Potter, we have 75950 Aragog’s Lair, a $14.99 set with 157 pieces. From Fantastic Beasts, we have 75952 Newt’s Case of Magical Creatures, a $49.99 set with 694 pieces. The Case set looks absolutely fantastic, no pun intended. You build a briefcase that opens up to a small playset.

Who dares enter LEGOÂ® Harry PotterTM 75950 Aragog’s Lair? Help Harry and Ron escape the giant spider and his army of offspring in the Forbidden Forest. Use your magic wands and lantern to fend off the colony of spiders, flying cobweb and Aragogâ€™s fearsome fangsâ€”then escape the creepy hollow! 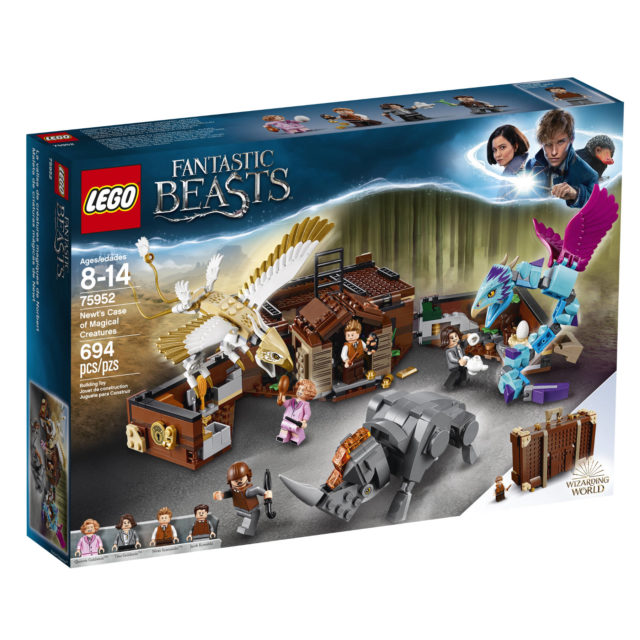 Step into LEGOÂ® Fantastic BeastsTM 75952 Newtâ€™s Case of Magical Creatures, thereâ€™s room for everyone! Help Newt take Jacob, Tina and Queenie on a tour around the different magical beast habitats, and teach them how to look after the Erumpent, Occamy, Thunderbird, Niffler and Bowtruckle. Have lots of Fantastic Beasts fun exploring, mixing potions and caring for the magical creatures.