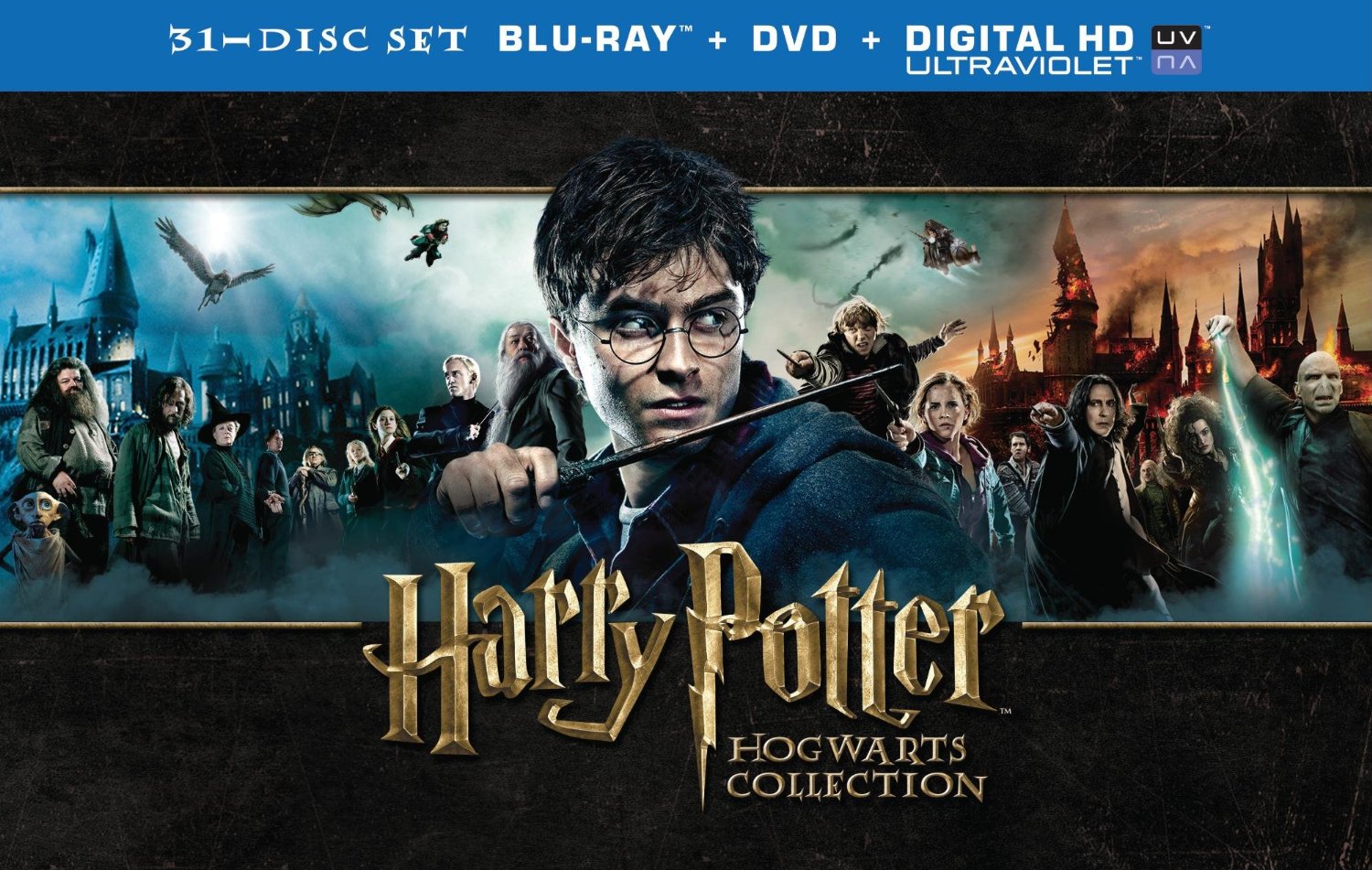 This may interest a few of you out there but one of Amazon’s early Cyber Monday deals is the Harry Potter franchise on disc. They are offering steep discounts on some of the Blu-ray collections.

that just collects the movies. A good set if you’re not into any extras and just want the films on disc (there are no digital copies included). This set is normally $99.99, but you can pick it up today for $39.99

On the other end of the spectrum, however, is a massive 31-disc set, the Harry Potter Hogwarts Collection

Both of these deals are limited to today for the next 11 hours at the time of this posting.