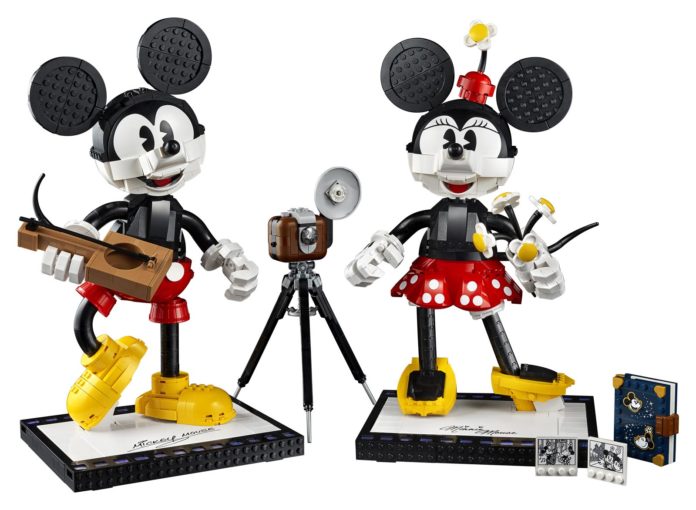 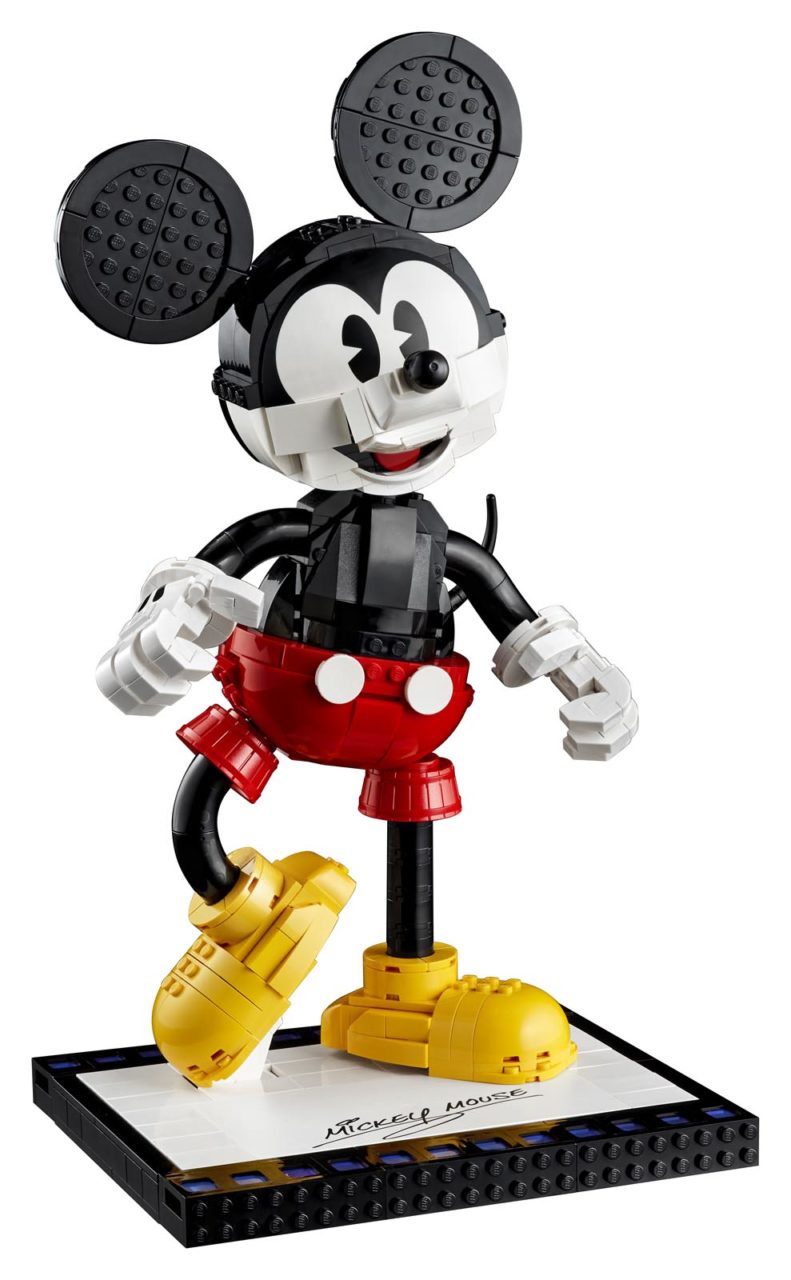 Each character is dressed in their classic signature outfits. You get to build a base resembling a film cell for the model to stand on complete with signature STAMP. 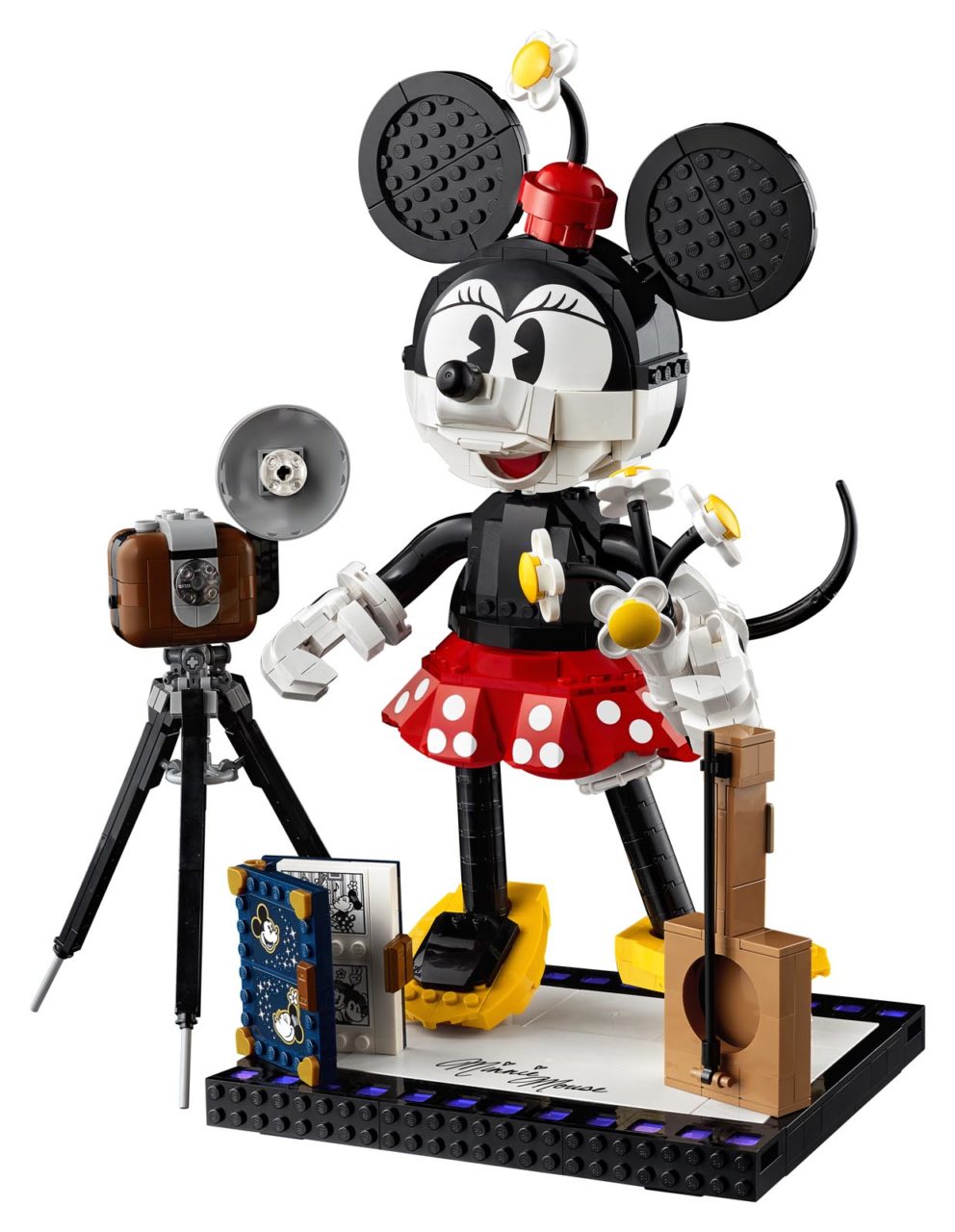 In addition to the base, you’ll also get to build an guitar, an old film camer with tripod, and a photo album. 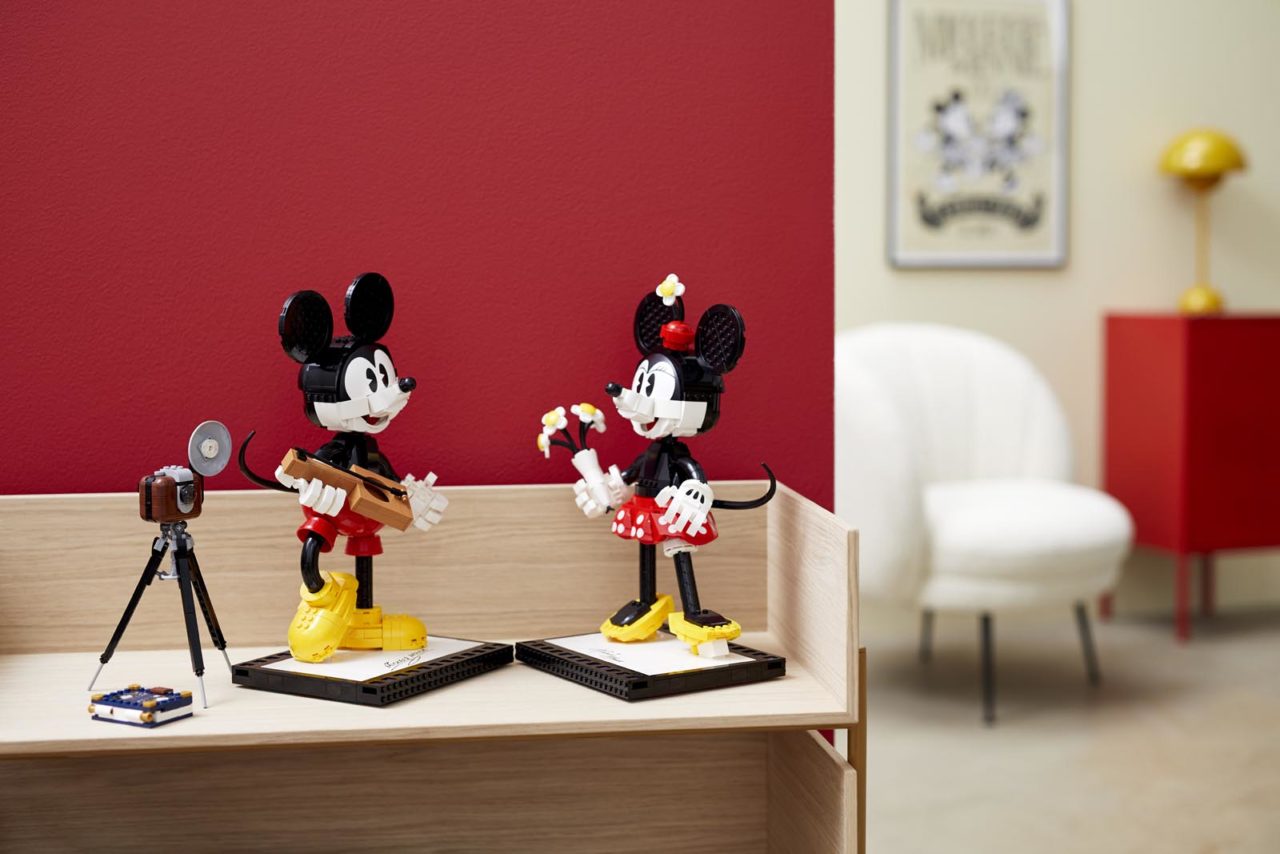 As much as they look like it, they are not action figures. The poses are static and there is very limited articulation, just enough to hold the accessories and maybe raise an arm. 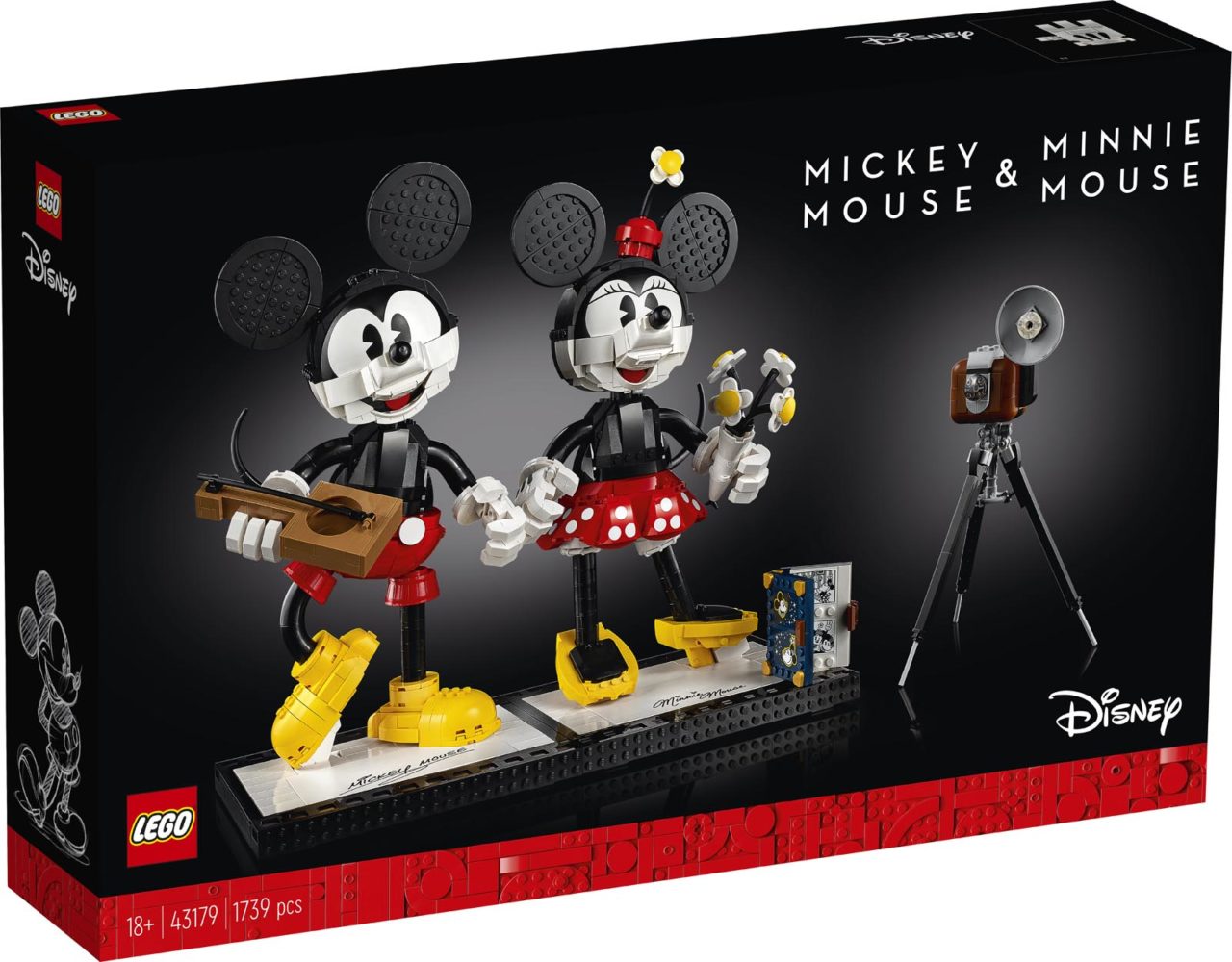 The whole kit will set you back $199.99 USD. The email I got stated a July 1 date for pre-orders with an August 1 release day, but I would take that with a grain of salt because they’ve stated pre-order dates before that were pretty much lies. Also, the link they provided isn’t live yet.

All of the images they sent me are below, with the press release below that.

[June 15,2020] Step back in time and get hands-on withÂ theÂ original animated stars of the silver screen,Â as MickeyÂ MouseÂ and MinnieÂ MouseÂ are brought to life inÂ buildableÂ LEGO brick form.Â WithÂ thisÂ brand-newÂ constructionÂ set, fans can re-live fond memories and immerse themselves in the magical world ofÂ LEGOÂ®|DisneyÂ , as they build their own versions of the world famous couple.

Based onÂ Disneyâ€™sÂ iconic characters, theÂ large-scaleÂ LEGOÂ®|Disney Mickey Mouse and Minnie Mouse Buildable Characters are full to the brim with nostalgic and stylish details. Perfect for Disney fans looking to re-create the magic again and again, these dynamically posed models not only come dressed in their instantly recognisable original outfits, they also come equipped with a series of unique buildable accessories to pose with, including a retro camera, a guitar and a photo album complete with pictures of the iconic duoâ€™s adventures from years gone by â€“ creating endless possibilities when it comes to displaying the beloved couple.

Helping to bring someÂ nostalgicÂ movie magic into any home or office, eachÂ figureÂ in the new setÂ also stands on a base that resemblesÂ anÂ old-time film reel, complete with theÂ originalÂ character signatures.Â With MickeyÂ MouseÂ standing tall at 14 in. (36cm) high and MinnieÂ MouseÂ at 13 in. (35cm)1, the pairÂ make aÂ perfect addition to any Disney fanâ€™sÂ LEGOÂ®|DisneyÂ collection or as a stand-alone display.

Ollie commented: â€œWe always look to design things that people would like to put on their shelf, including my own, which is why we went for the â€˜classicâ€™ Mickey Mouse design with the iconic silhouette and colour palette â€“ as a surprise for builders, the characters insides are built from colourful elements inspired by classic outfits worn by the the pair in the past. The Mickey Mouse and Minnie Mouse Buildable Characters are extremely detailed and intricate, and there were lots of challenges to overcome. For example, to create the tips of their noses we even had to bring back the LEGO Classic Space Helmet in black, which hasnâ€™t been seen since 1987. LEGO fans will also notice that we have debuted a new colour in this set, 363 â€“ TR. Brown with Opalesence, the first time it is included in any set â€“ so thereâ€™s lots to explore with this build!â€

The LEGO Group has a range ofÂ LEGOÂ®|DisneyÂ sets that are sure to bring back loving memories of Disney films and trips to Disneyland including theÂ LEGOÂ®|DisneyÂ Train and Station,Â LEGOÂ®|DisneyÂ Castle and the LEGO Ideas Steamboat Willie. This latest addition to theÂ LEGOÂ®|DisneyÂ collection has been designed specifically with adults in mind â€“ giving builders a creative outlet to help focus their minds and re-charge from their busy lives, as they get hands-on building these two iconic Disney characters.

The newÂ LEGOÂ®|DisneyÂ MickeyÂ MouseÂ & Minnie Mouse Buildable characters construction set is the latest example of how the LEGO Group aims to inspire builders of all ages to build, rebuild and get excited by the process of creation. It will also feature the new stylish, adult-focused packaging in order to reflect the sophisticated nature of the creative process and allow adult builders to find products related to their passions.