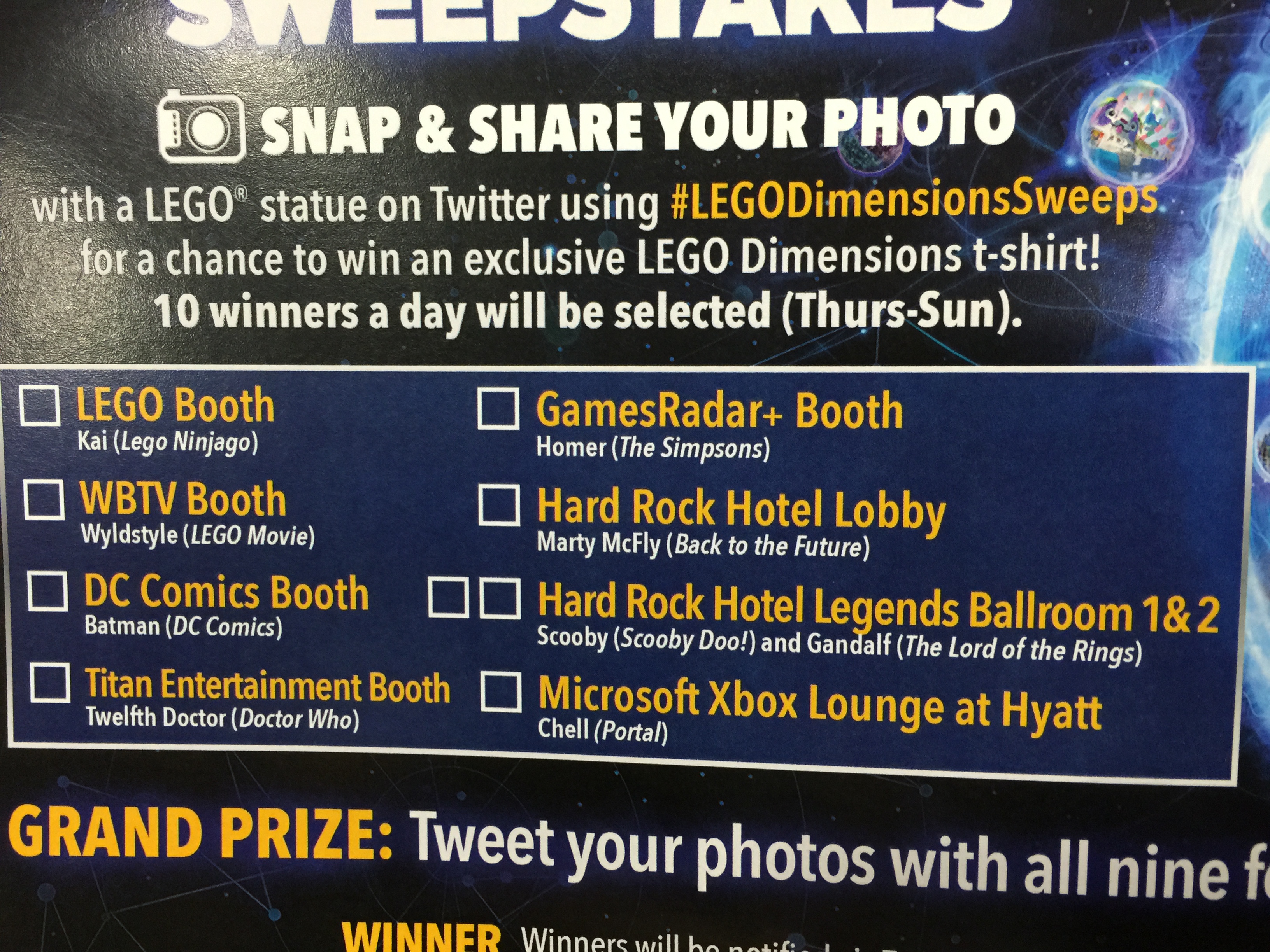 Feel like going on a scavenger hunt to look for the LEGO Dimensions statues to enter the sweeps? The locations of each of the statues is posted in the above picture, but in case you don’t want to look at it, here they are in text form:

Inside the main exhibit hall:

The first three on the above list are relatively close to each other. The GamesRadar+ booth was a little difficult to find since GamesRadar+ isn’t listed as an exhibitor. Instead, they are listed as Future and is at the north end of the exhibit hall. The WB booth is at the opposite end on the south end of the hall.

Outside the convention center:

The good news is that first three are thankfully all at one location, at the Hard Rock Hotel. Marty McFly is easy to get since you can get him at any time in the lobby. The bad news is that the other two are difficult to get. Gandalf and Scooby-Doo are only accessible once you are granted admission to the LEGO Dimensions demo. You will need to wait in the line outside on the sidewalk next to the SyFy cafe and the demo session goes from 3:00pm to 7:00pm. Bring sunscreen.

Chell at the Xbox Lounge is easy to get, just a bit of a walk from the convention hall to the Manchester Grand Hyatt straight up Harbor Drive. You’ll need your badge to access the lounge.