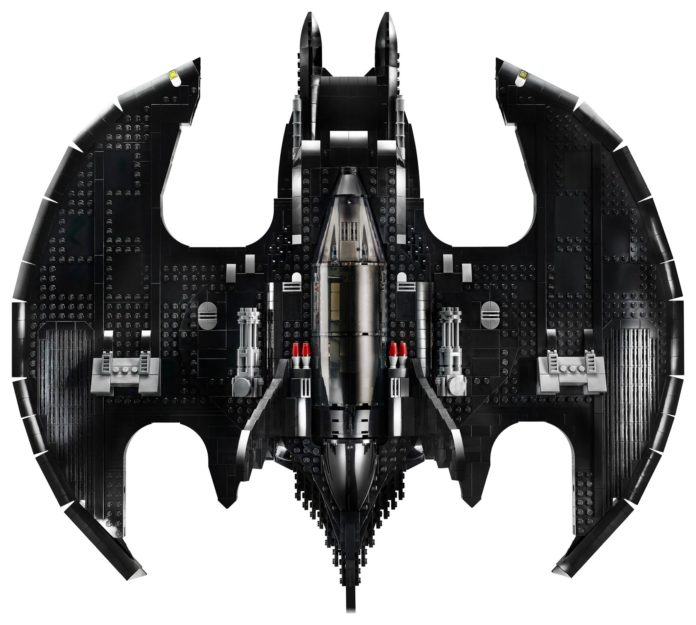 Last weekend, LEGO revealed the Keaton-era UCS Batwing, 76161 1989 Batwing. Priced at $199.99 with 2,363 pieces, I expect the same fidelity and attention to detail as the Keaton Batmobile, even right down to the minifigs. 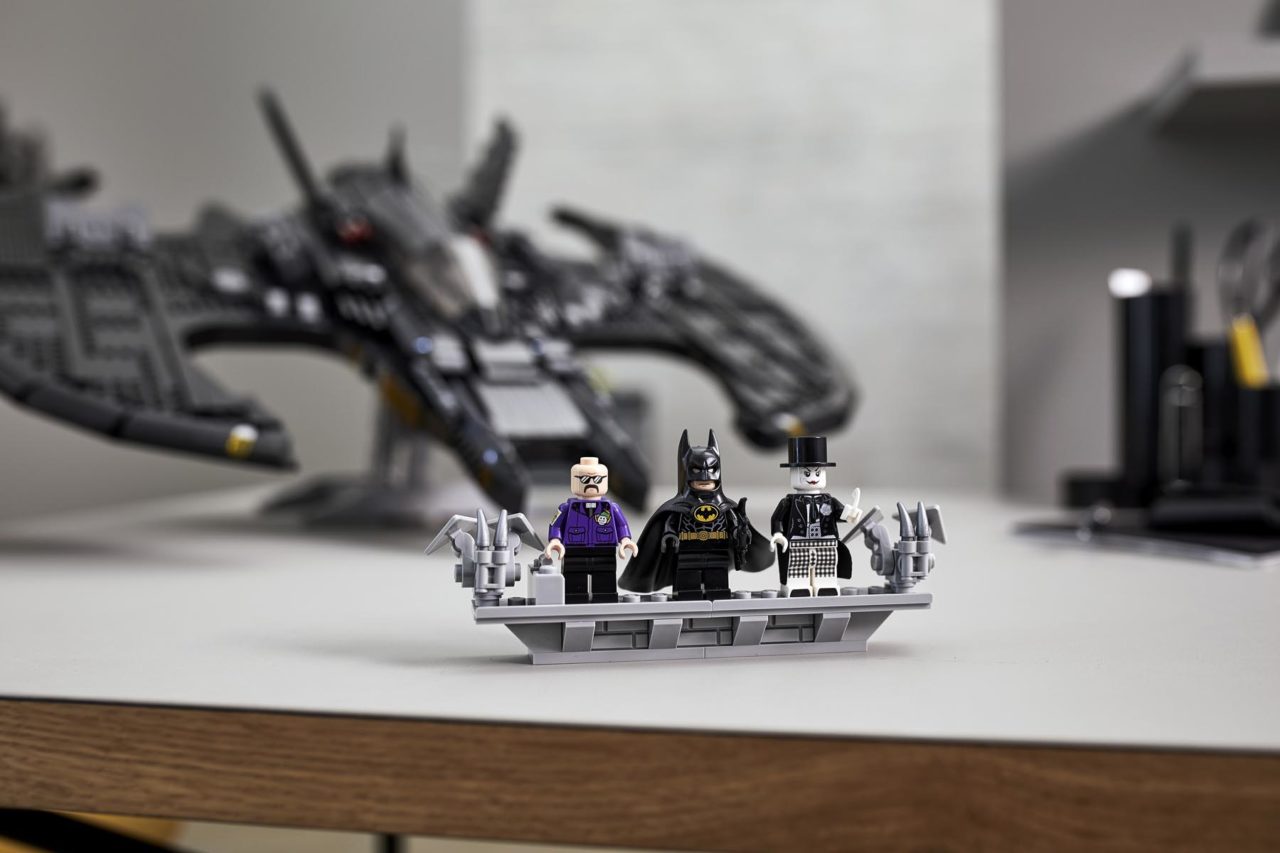 You get another Keaton Batman minifig, one of Joker’s goons dressed like a cop from parade during the Batwing sequence, and Joker in his mime costume he wore when he attacked City Hall, which is from a completely different part of the film. I guess they ran out of ideas. 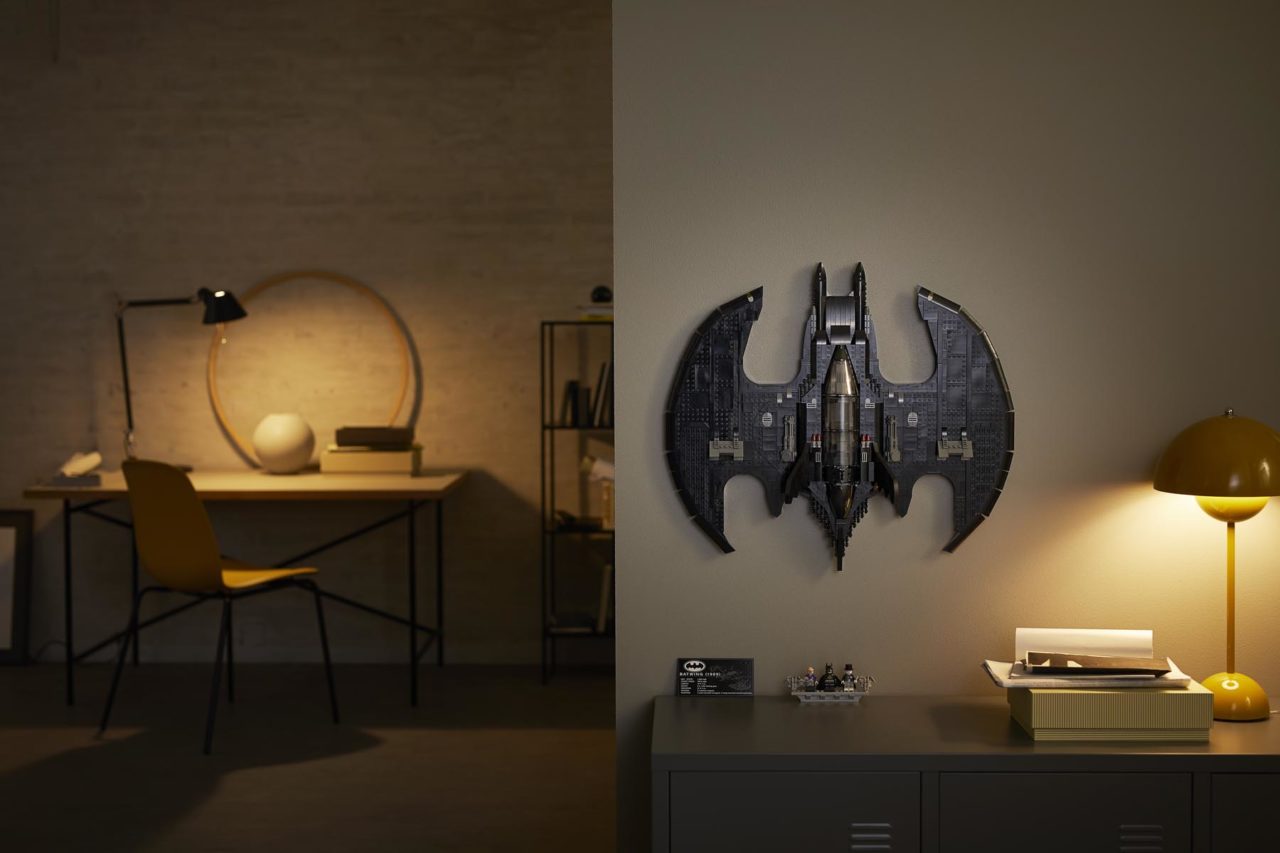 It comes with a special brick so you can hang it on the wall which is obviously the superior way to display the model. Way better than this: 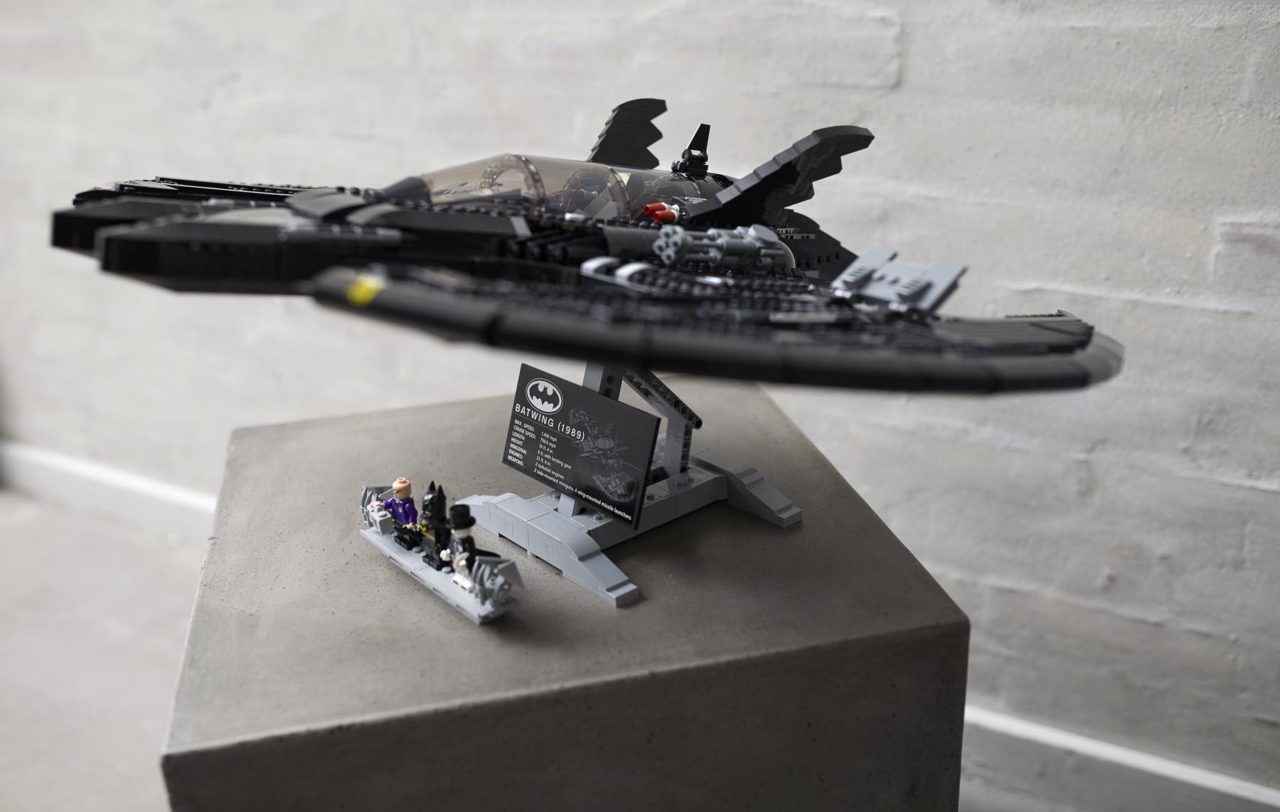 Even if you don’t want to hang it on the wall, it would have been great if the stand you build would allow you to orient the Batwing vertically.

Comic devotees and LEGO Brick fans are in for a treat, as The LEGO Group launches its latest Batman-themed set â€“ available from 21st October from LEGO.com and LEGO Stores.

BILLUND, September 19, 2020: It may not soar to Gotham city, but the LEGO Groupâ€™s latest release with Warner Bros. Consumer Products and DC, the LEGOÂ® DC BATMAN™ 1989 Batwing, is sure to transport fans to their most memorable DC Super Hero moments this Batman Day. Fans of Batman and avid builders are in for some serious fun as they embark on their journey to construct the ultimate Super Hero vehicle in the LEGOÂ® DC BATMAN™ collection.

The new LEGOÂ® 1989 Batwing draws upon the design seen in Tim Burtonâ€™s iconic 1989 BATMAN™ film, using the smooth lines and features from the original model to bring an impressive gothic elegance to any LEGO collection. DC and LEGO fans alike can indulge in their passion for the Caped Crusader as they explore all the delightful features of this new set, including a full interior, removable canopy and posable aerodynamic flaps. To add to the excitement, the construction kit is also dotted with Easter eggs to surprise builders, such as a screen featuring The Jokerâ€™s gas balloons and a â€˜Bat Engineâ€™ label on the vehicleâ€™s engine â€“ helping to truly transport builders back to 1989 and into the BATMAN universe.

Once completed, the 2,363-piece set is a real showstopper, measuring over 4â€ (11cm) high, 20â€ (52cm) long and 22â€ (58cm) wide. The construction set also features a special brick which allows builders to mount and display their model on the wall for added impact, making the LEGOÂ® DC BATMAN™ 1989 set a wonderful addition to a Batman loverâ€™s LEGO collection, joining the previously released LEGO DC BATMAN™ 1989 Batmobile™ to make a dark and dramatic display in any home.

Speaking about the details of the new set, LEGO Creative lead Jesper C. Nielsen said: The emblematic set truly takes fans on a journey, as they immerse themselves into Gotham city and get hands-on with the set, using Batman, The Joker™ and Boombox goon minifigures to relive their favourite moments from the film. Fans can even create the infamous scene when The Joker barges in on the Dark Knight and utters his classic words â€œhave you ever danced with the devil in the pale moonlight?â€.

The new LEGOÂ® 1989 Batwing construction set is the latest example of how the LEGO Group aims to inspire builders of all ages to build, rebuild and get excited by the process of creation. A complex and rewarding build, the LEGO 1989 Batwing construction set allows builders to relax as they escape from the real world and enter the Batman universe. Designed for those aged 18+, the new set will also feature the new stylish packaging designed to reflect the sophisticated nature of the creative process.

All new products in the LEGO Groupâ€™s ranges that appeal to adults will now feature the sleek, minimalistic new design across related packaging, building instructions, exclusive content and in-store and online store design.

LEGOÂ® 1989 Batwing will be available for LEGO VIP members from 21st October and for remaining LEGO fans from 1st November, directly via LEGO.com and LEGO Stores.