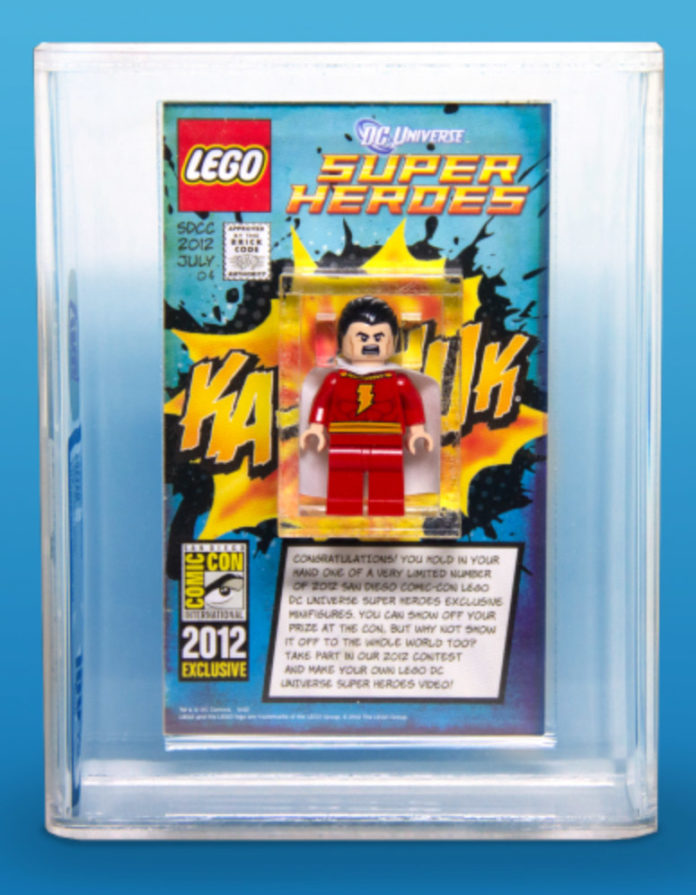 I’ve written before how LEGO Shop@Home’s revamped VIP Programs sucks. Well, they’ve taken it to a new low. They are offering VIP members a chance to win a 2012 San Diego Comic Con exclusive Shazam! minifig. By the picture above, it looks like Shazam! comes in a nice acrylic case and it also looks like it’s been graded by some self-important collectibles authority. You can enter up to 15 times and each entry will cost 50 VIP points. That would mean 750 points to maximize your chances. Just to give you a better picture of how much 750 points is, buying a 20th Anniversary Slave I set, $119.99 MSRP, will net you 780 points. 750 points will also get you a $5 off voucher to use at LEGO Shop@Home or in-store (provided you redeem and get the code prior to your online purchase or visit to the store) with some points left over ($5 is 650 points).

So on one hand, you could see it as 15 free entries to the raffle with a purchase of the Slave I set. On another hand, it’s $5 in raffle tickets. But on another hand (yes I live in a world where everyone has three hands), it feels sleazy and dirty. Not something I normally equate with such a family-friendly conscious company as The LEGO Group. They’ve given away their SDCC exclusives before via twitter retweets. So to actually charge something now, even something as abstract as points, it just feels off somehow.

No doubt it’s a nice opportunity to get an extremely rare collectible. I recognize what LEGO is trying to do with their collectibles and exclusives; and also trying to bring some exclusive content to their VIP program. But this Shazam! raffle just doesn’t elevate either in my mind.

If you’re interested, you have until Monday March 2nd to claim your entries.