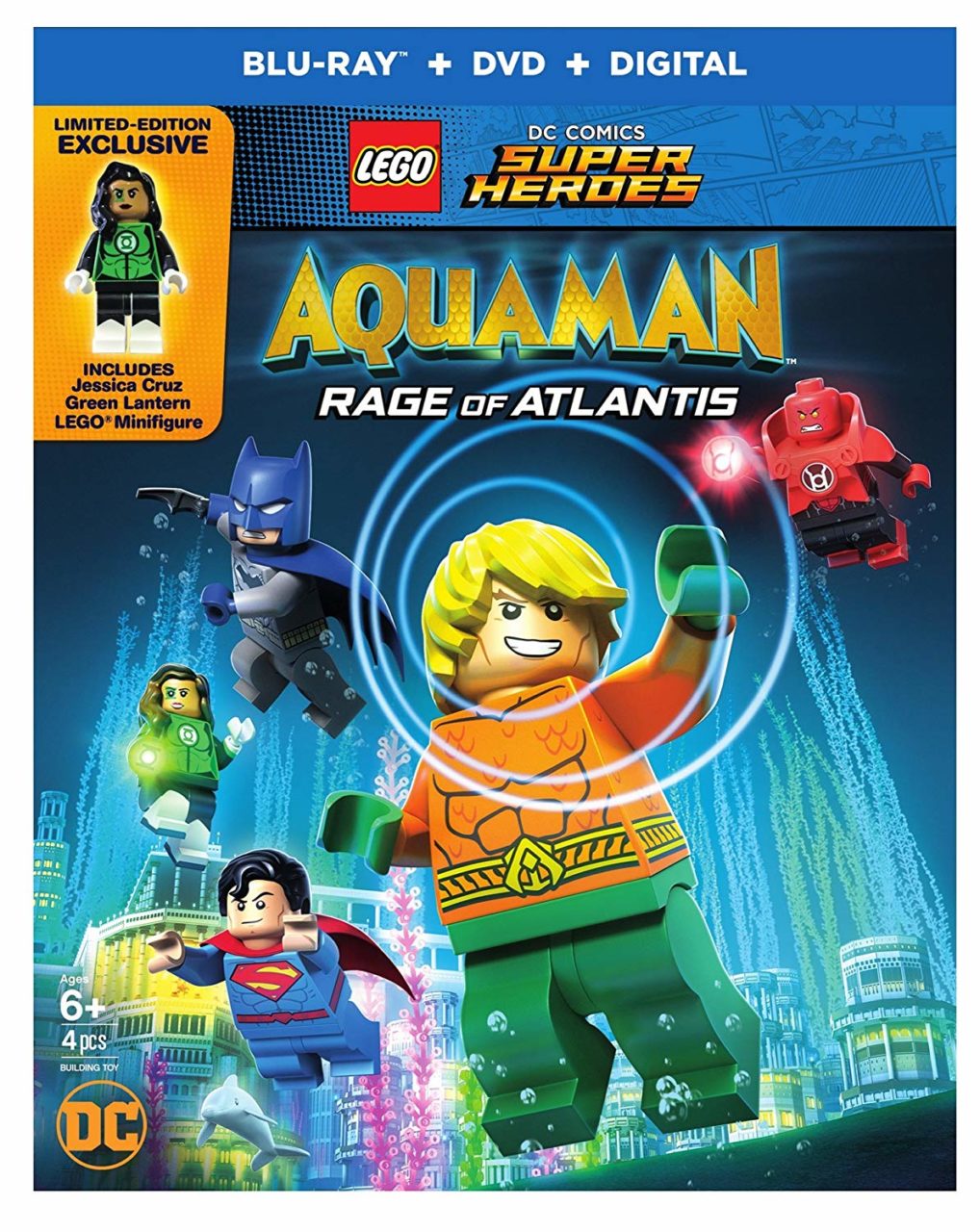 Another animated LEGO special is available now, and it’s none other than the most beloved super hero to ever come out of the house that Batman built: Aquaman. LEGO DC Comics Super Heroes Aquaman: Rage of Atlantis is out on Blu-ray and DVD. I mean, if a full feature on Aquaman wasn’t enough, then surely the exclusive Jessica Cruz Green Lantern minifig will draw you in. I’m not up on my Green Lantern lore, but I understand there’s more than one. But if you’re a fan, I see no reason to get this. The price is pretty reasonable too. Amazon is asking for $15.99 for the Blu-ray, DVD, and Digital combo pack.