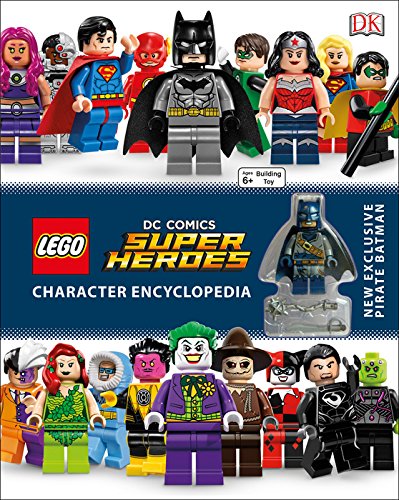 A new character encyclopedia is on the horizon and this time it revolves around the different Batman minifigures and the other DC heroes and villains who happened to come along for a ride in the Batmobile. When the LEGO Batman Visual Dictionary came out, the DC line had barely been back from the dead and it would be so light on content, it was an easy decision to skip (and pick up Electro Suit Batman on Bricklink).

Time has built up a decent amount of DC related figs and while it’s no where near the level of the LEGO Star Wars Character Encyclopedias content, this one should be worth buying for the LEGO Bat-fans. Sweetening the pot is a brand new Batman minifigure, because that’s what we need… another Batman variant.

If you like pirates, you’re in luck! Pirate Batman sails in with this new book and if you’re thinking to yourself “Self, a pirate Batman seems like a stupid idea, DC must be getting desperate”, well you’re WRONG! DC has been this desperate since at least the early 90’s. That was my first encounter with a pirate Batman named Leatherwing in Detective Comics Annual #7, a middle of the road at best Elseworlds story I bought only because I bought every Elseworlds title in existence. To me it stands out for having one of the most ridiculous portrayals of the Joker ever put to print, if not the most. 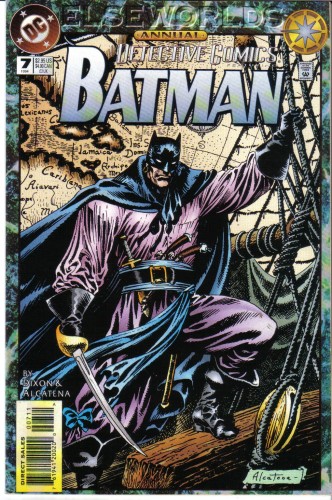 Then came the next pirate Batman in The Return of Bruce Wayne. I’m pretty sure I sustained some brain damage from all the head shaking I did reading that on recommendation. That’s how you lose friends right there, folks. 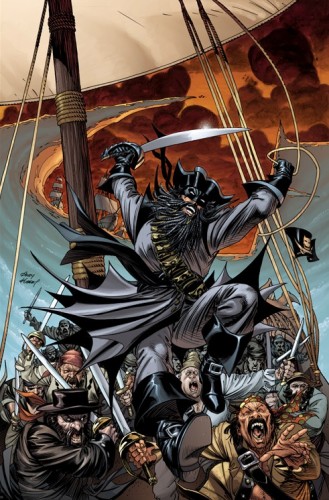 It was all worth it though, because even the worst Batman idea could be made fun again with Batman: The Brave and the Bold. Toss in Blue Beetle and Booster Gold and you’ve got yourself an entertaining episode. 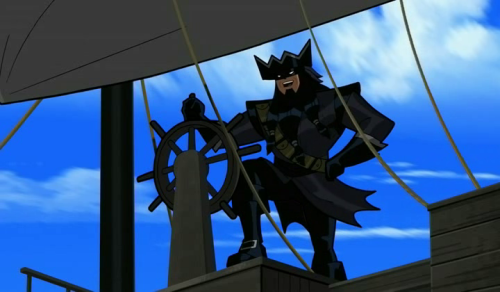 Rumour has it that the Pirate Batman figure pops up in the new LEGO Justice League cartoon, but I haven’t seen it yet. Also I really don’t care since I missed the Target exclusive Lightning Lad figure and doubt they’ll grace us with Saturn Girl, I’m in little hurry to grab up Cosmic Boy.

Either way, I’ve bought all the DK Character Encyclopedias, so I’ll get this one because I’m sick.

Guaranteed, Pirate Batman is not the cure.

Pre-order your copy of LEGO DC Comics Super Heroes Character Encyclopedia and get your hands on a figure that is sure to make your friends and family question your sanity this coming April 5th!