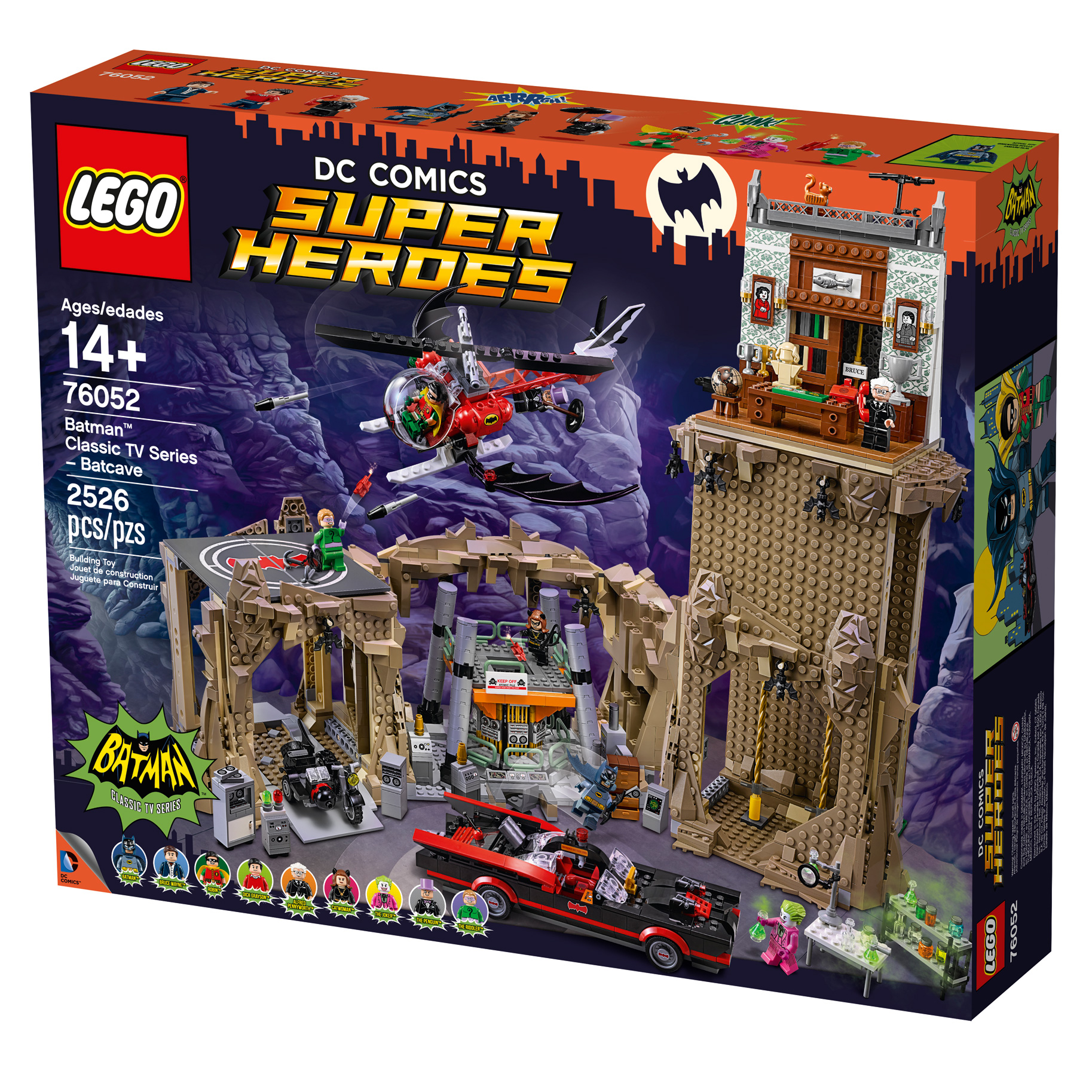 Following the heels of the facebook leak last week, LEGO has officially pulled the curtains aside on their newest D2C set: 76052 Batman Classic TV Series – Batcave. Based on the pictures and video, they seemed to have captured every campy bit anyone can remember. The minifig selection is nearly perfect with Mr. Freeze being the only missing villain. Commissioner Gordon and Batgirl are also no shows as well. Alfred could almost pass as a Stan Lee truth be told. Hot pink suit Joker. Julie Newmar Catwoman. Oh my. We’re not even halfway through January and I’m already feeling poor. Comes out on March 1 for $269.99 USD/$329.99 CAD. I need to go sit down. 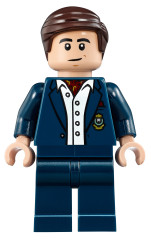 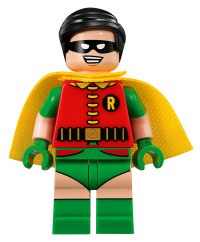 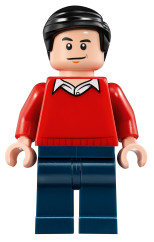 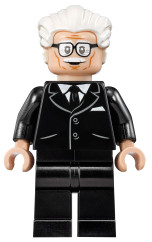 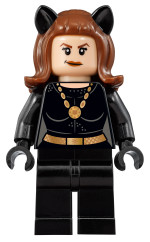 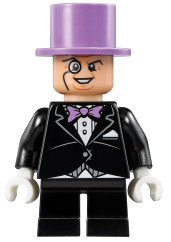 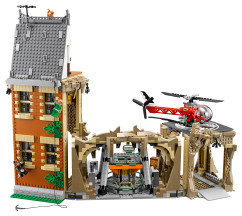 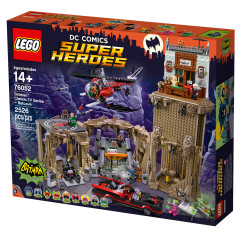 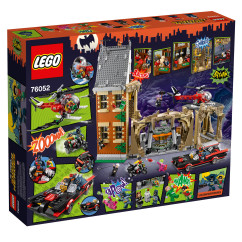 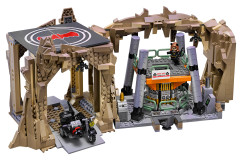 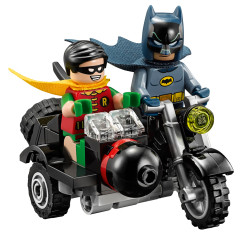 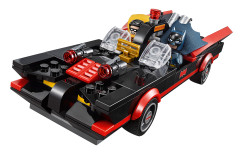 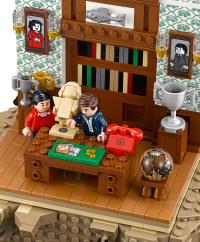 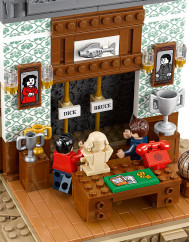 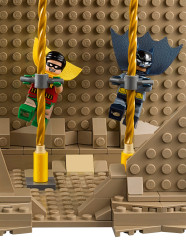 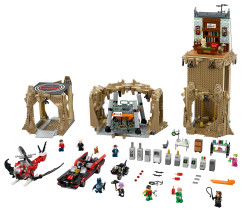 Drive the villains out from Batmanâ€™s Batcave!

Help Batman™ and Robin™ to drive the villain intruders from the Batcave, featuring a Bat Lab with Batcomputer, plus the Batmobile with stud shooters, Batcopter with flick missiles and the Batcycle. This special model, based on the classic 1960s TV show, also has a Wayne Manor section with an exterior wall to climb on and Bruce Wayneâ€™s study featuring the iconic Batphone and a false bookcase that slides open to reveal the secret entrance to the Batcave. Before spiraling down the Batpoles into the Batcave, change identity from Bruce Wayne™ and Dick Grayson™ into Batman and Robin (separate minifigures included).

â€¢ Includes 9 minifigures: Batman™, Robin™, Bruce Wayne™, Dick Grayson™, Alfred Pennyworth™, The Joker™, Catwoman™, The Riddler™ and The Penguin™.
â€¢ This LEGOÂ® model of the Batcave as seen in the classic 1960s TV series features 2 Batpoles for Batman™ and Robin™ to slide down, a selection of Bat-gadgets, helipad, plus a Batmobile and Batcopter.
â€¢ The Wayne Manor section of the model features Bruce Wayneâ€™s study with the iconic Batphone, a hinged Shakespeare bust with secret button underneath, sliding false bookcase to access the Batpoles, and assorted elements including decorated wallpaper bricks, wall lamps, framed portraits, a framed fish and trophies. It also includes an exterior wall for climbing, with an opening roof for easy access to the Batpoles and an aerial element.
â€¢ The Batcave incorporates a hi-tech, 2-floor Bat Lab with Batcomputer element and a variety of detachable accessory elements, including a lie detector machine, table, chest of drawers, Bat-gadgets and test tubes with translucent elements. Also includes the iconic Batcave entrance for the Batmobile and a helipad for the Batcopter.
â€¢ The Batmobile features a dual cockpit with iconic Batphone, 2 stud shooters, an opening trunk, dual exhaust and sign stickers.
â€¢ The Batcopter has an opening cockpit for a minifigure, bat-inspired wings with 2 flick missiles, spinning rotors and a spinning propeller. A villain minifigure can grab onto the back of the Batcopter for more aerial battle action.
â€¢ The Batcycle features a driverâ€™s seat for Batman™, translucent headlight element and a sidecar for Robin™.
â€¢ Also includes a cat.
â€¢ Weapons include The Jokerâ€™s TNT, Catwomanâ€™s whip, The Riddlerâ€™s TNT and The Penguinâ€™s umbrella.
â€¢ Accessory elements include Batmanâ€™s 3 Batarangs, rope, grappling hook and handcuffs.
â€¢ Includes separate minifigures for Batman™ and Robinâ€™s alter-egos, so enter the secret doorway as Bruce and Dick, and slide down the Batpoles as LEGOÂ® DC Super Heroes!
â€¢ Batcave measures over 18â€ (46cm) high, 22â€ (56cm) wide and 7â€ (20cm) deep.
â€¢ Batmobile measures over 2â€ (6cm) high, 8â€ (21cm) long and 2â€ (7cm) wide.
â€¢ Batcopter measures over 2â€ (7cm) high, 8â€ (22cm) long and 7â€ (19cm) wide.
â€¢ Batcycle measures over 1â€ (4cm) high, 3â€ (8cm) long and 1â€ (4cm) wide.